Hi-Fi Roars Back to Life 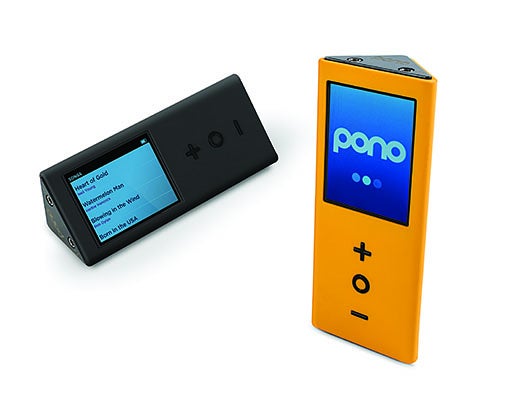 “Music is like a caged animal right now, and Pono is opening the door to let it out and be heard as it should.”

Beginning around 2000, some music no longer sounded as clear or rich as it once did. The problem wasn’t the artists; rather, it was the MP3, a technology designed to maximize portability. MP3s employ audio-data compression to reduce file bandwidth, which lets you carry thousands of songs in your phone but limits the music’s dynamic range. That’s why some audiophiles began returning to LPs, which better replicate a song’s sonic footprint. Last year, vinyl sales increased by 33 percent. But you can’t carry a record player around.

The solution? High-resolution downloads. The format has become more viable as storage capacity increased and download times dropped on sites like HDtracks.com. The latest innovation comes from Neil Young’s start-up, PonoMusic. The goal of Pono (which means “righteous” in Hawaiian) is to give consumers access to music files at a you-are-there sound-quality level in a portable form. On Young’s classic 1972 album, Harvest, you’ll hear how a snare drum buried on lower-resolution versions of “Heart of Gold” emerges as taut and vibrant; this iteration will be available when the online PonoMusic Store launches in October.

The $400 PonoPlayer uses Free Lossless Audio Codec (FLAC) music files that contain six times the amount of musical information of MP3s. The albums will cost $15 to $25 and encompass the full dynamic breadth of original master recordings while nullifying noise and distortion.