Gear For The New Era Of Sports Stats

Get your head in the game 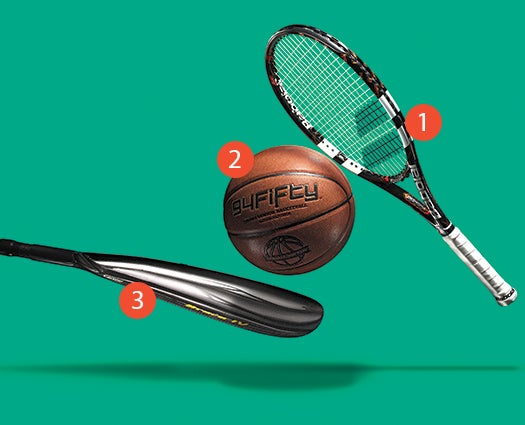 Sports have always been about numbers. We obsessively rank and handicap athletes based on averages and percentages. But while we can tally jump shots or backhands, we’ve never been able to fully understand why some are successful and others aren’t. Now manufacturers are releasing equipment embedded with data-gathering capabilities, allowing a first look into the dynamics of any shot.

By and large, the gear will appear unchanged. The Babolat Play tennis racket, for example, has the same weight (300 grams) and balance as the base Pure Drive model—even with a circuit board in the handle. The difference is the mountain of data the equipment collects, much of which can help players improve. For instance, the app for the 94Fifty basketball may offer advice on how to get more arc on your jump shot.

Fans may benefit too. With a fresh set of data to pore over, they’ll have something new to obsess about. Perhaps they’ll even answer that long-vexing question: Was that incredible shot the result of pure skill or just plain luck?

The New Era Of Sports Stats