Gamers Have Ordered $1 Million In Pizza Hut Through Xbox 360

That's in just four months, too 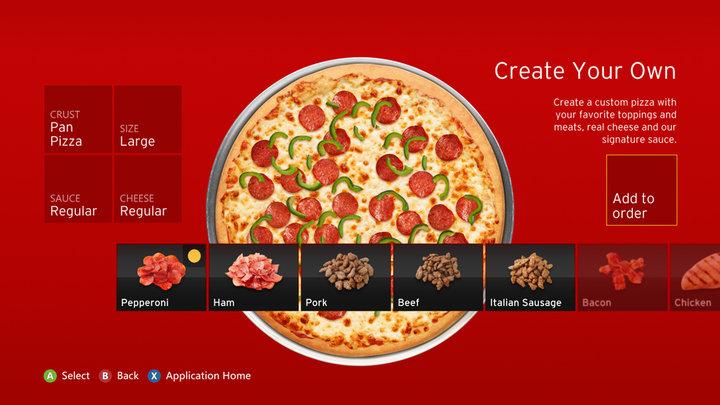 Pizza Hut says that gamers bought more than $1 million worth of food from the chain last year between April and August, without picking up a phone, leaving the house, or even putting down their consoles. Instead, they ordered custom pizzas using the Pizza Hut app for Xbox 360.

Speaking with gaming news site Polygon, Pizza Hut public relations director Doug Terfehr described the the Xbox app as “a source of unbelieveable growth” for the chain. “When you talk about a sweet spot for the pizza category it’s definitely gamers and gaming,” Terfehr told the site.

Terfehr hinted that the Xbox app’s success has other video game console manufacturers clamoring for apps of their own, but didn’t suggest when fans of Nintendo or PlayStation might expect to enjoy the same seamless pizza ordering experience as Xbox users. “[C]onversations continue to be ongoing with us,” he told Polygon. “Wherever you are, we want to be.”