Could This Camera Prevent Police Brutality? 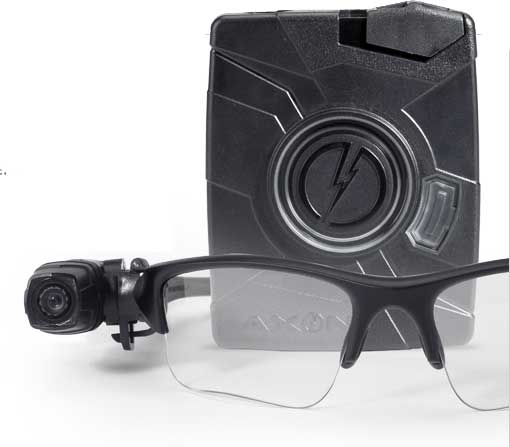 Surveillance cameras permeate modern life. Mounted in convenience stores, retail outlets, bars, clubs, ATMs and elsewhere, silent observers record everything from the mundane to the criminal. The cameras serve a dual function as both deterrent and instant legal record. In light of the police shooting of unarmed Michael Brown in Ferguson, Missouri, national attention has focused on wearable cameras for police officers. For the (less lethal) weapon manufacturer Taser, there is opportunity in this civic need.

At $400/unit, the Axon Body is Taser’s main entry into the field of wearable cameras. The Axon is chest-mounted and records 640px by 480px in a 130-degree arc. American Photo, which is owned by the same company as Popular Science, recently talked to Taser’s VP of communications Steve Tuttle about the camera. Tuttle highlighted one major difference between video recorded by the Axon and video recorded by onlookers with cell phone cameras:

For law enforcement, recording the full incident from the perspective of the officer could protect her against contrary recordings that start later. It could also protect citizens by deterring police from using excessive force. American Photo also talks about the experience of Rialto, California, where after police adopted wearable cameras “police officers used force 60 percent less often and complaints about officers shrank by 88 percent,” though the profile notes that the sample size of complaints in Rialto was small.

It’s also not clear whether the cameras will work as intended. In March, the Albuquerque Police Department captured national headlines when an officer’s camera recorded the fatal killing of a homeless man camped out in the foothills on the edge of the city. A Department of Justice investigation into the Albuquerque Police Department found that “Officers failed to record some incidents even when it was the officers themselves who initiated the contact, making their failure to switch on their cameras or recorders before beginning the encounter especially troubling.”

Still, there can’t be implementation and training for proper use without a camera. Taser’s Axon Body, and other wearable cameras like it, could add silent, mechanical witness to police patrols. Read the full profile of the Axon Body here.