All your games, without the clutter 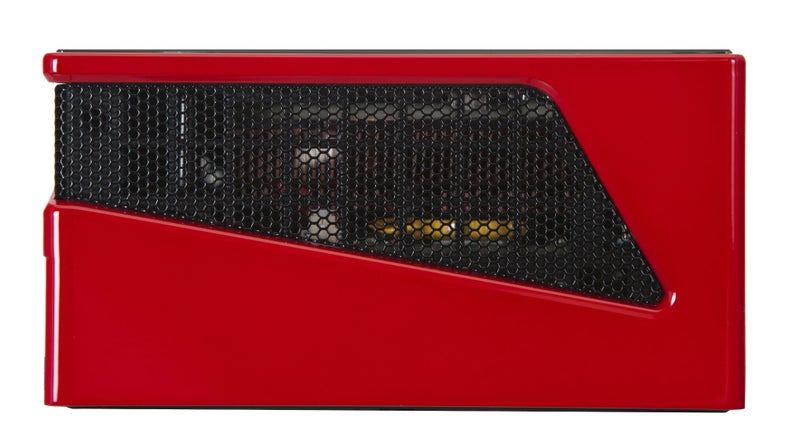 Enthusiast gaming PCs tend to be big. In some cases, they’re very, very big. But the Spark, from boutique system builder Maingear, bucks the trend by going small—and by desktop standards, this thing is tiny.

The aggressively styled red-and-black Spark measures just 4.5 x 4.2 x 2.3 inches, so it won’t take up too much room on your entertainment stand. And it weighs in at just 0.98 pounds, according to Maingear. Its tiny size is due to its mostly laptop-class internals. But with a quad-core AMD A8 processor that tops out at 3.1GHz, brand-new AMD R9 M275X graphics, and up to 16GB of RAM, it should have enough power to make modern games look pretty good on your HDTV. There’s also room inside for two drives: an SSD to run games from for fast load times, and a hard drive to store media files. Four USB 3.0 ports let you add extra storage or other devices.

The Spark will be offered running Valve’s Linux-based game-centric SteamOS. But if you’re more of a traditionalist, Maingear will sell you one with Windows (7 or 8) installed as well. Maingear isn’t offering a price just yet, but we’re sure that will slip out once we get closer to when it’s expected to go on sale. The company says that should be sometime in late February or March.