No kidding, this thing is huge 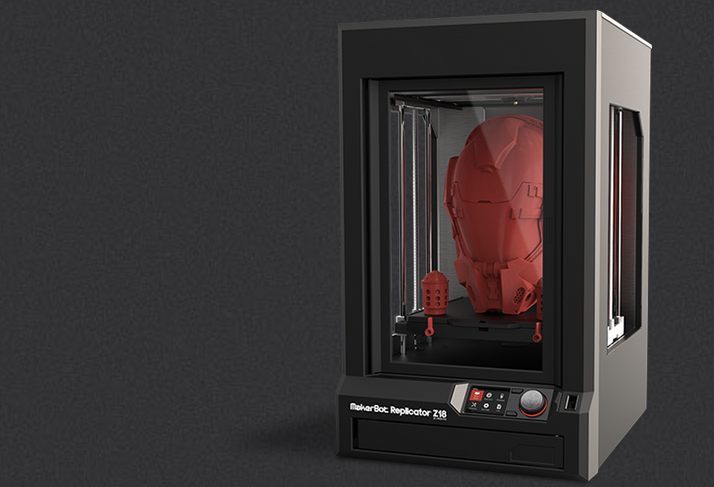 Bre Petis isn’t messing around at his first big Consumer Electronics Show press conference. The final of three new MakerBot Replicators the company founder unveiled (more on the other two in a second) boasts a whopping 12-by-12-by-18 print capacity. Volumetrically, that’s 2,592 cubic inches–a scale that Petis calls “epic.” The printer, dubbed the Replicator Z-18, is an industrial beast; its print area can produce several items simultaneously, or, if you prefer, one gigantic one. Petis actually donned a helmet produced in the Z-18 during his reveal. His enthusiasm was hard to mask. As he unveiled the Z-18, he gushed: “This has been the goal all along.”

Seeing that this massive 3-D printer might not be for everyone (especially given its $6,499 price tag), Petis also unmasked two smaller models. The Replicator Mini will run $1,375 and has a print area comparable to the company’s original Cupcake fabricator. The mid-range (and simply named) Replicator is the company’s prosumer offering, with an 8-by-10-by-6 print capacity and a $2,899 price tag. All the new machines work with MakerBot’s PLA filament, are app and Wi-Fi connected, and include a nifty internal camera feature, so you can spy on your progress.

The Replicator is available for order now, while the Mini and Z-18 will roll out later this spring.