Just a little extra sumpin' sumpin' for those midnight marathons 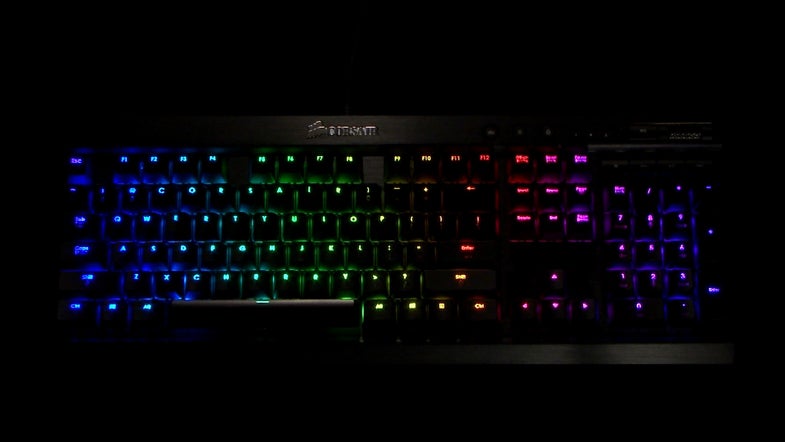 To understand Corsair’s MX RGB Project gaming keyboard, you have to know two things: First, its keys sport mechanical switches, made by a German company called Cherry (basically, they feel like the classic IBM keyboards from the ’80s, such as the iconic Model M. These switches are all the rage among gamers these days, because they offer a quicker response and a more tactile feel than the squishy rubber membrane keyboards that have come to dominate most of our desktops these days.

Second, the MX RGB Project keyboard is the first to sport a brand-new model of the Cherry switches, which can be backlit in any color you choose. Aside from their ability to produce a trippy lightshow, the customizable colors mean gamers can set presets for different games, where the most frequently used keys light up in a color that sets them apart from the others, or where only the important keys light up, so they’re easier to see.

It’s not clear exactly what kind of light customizations will be available yet, because the software isn’t written–the MX RGB Project is just a prototype. The final version is expected to be available sometime in the middle of the year. The keyboard is, however, based around the chassis of the company’s already available Vengeance K70 keyboard, which has been quite well received by reviewers and gamers. Its keys only light up in one color, though. So if you bought one of those, you’ll have to look elsewhere for your psychedelic electronic lightshow. Might we suggest the JBL Pulse Bluetooth speaker?