This week, the Minnesota Department of Natural Resources (DNR) announced that “a canine believed to be a wolf” attacked a... 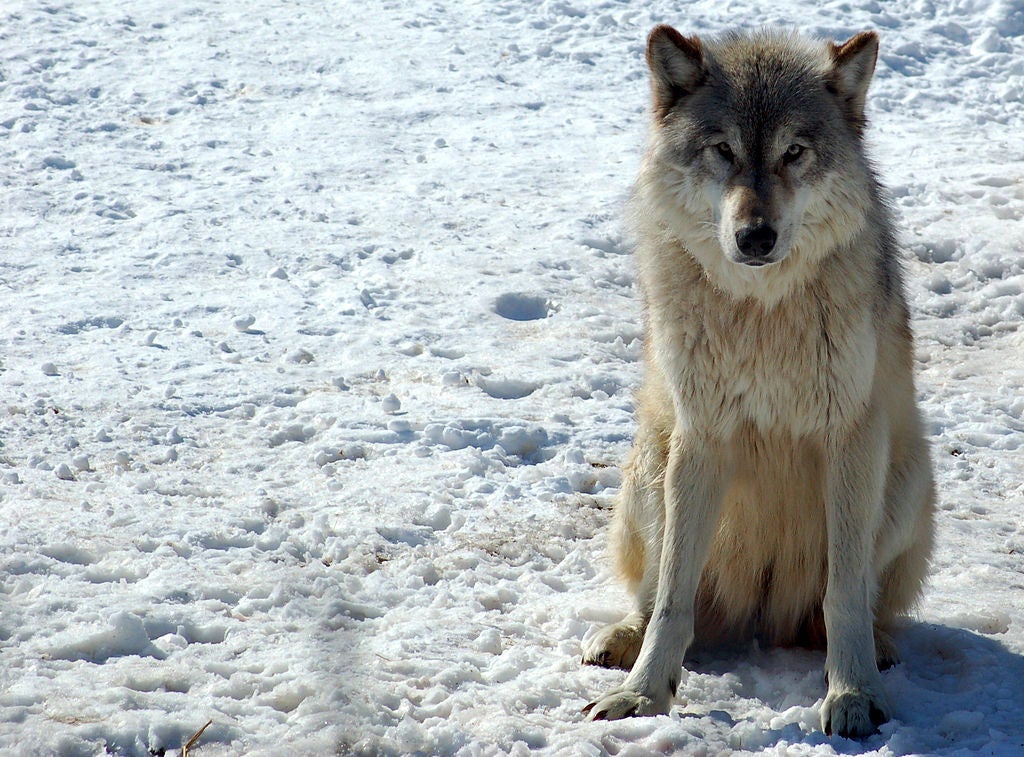 This week, the Minnesota Department of Natural Resources (DNR) announced that “a canine believed to be a wolf” attacked a 16-year-old boy on a camping trip in northern Minnesota. If confirmed, it would be the first recorded wild wolf attack in the lower 48 states, ever. A wolf found nearby was caught and shot, under the assumption it was the wolf responsible. No effort was made to perform any testing to discover if the wolf was rabid or if it was responsible for the attack before it was shot. This is the way wolves are dealt with in this country.

According to the DNR, the boy was sleeping on Saturday night when the alleged wolf came into his campground and bit several items, including an air mattress, before biting the boy on the head. The boy fought the wolf off and was taken to a nearby hospital, where he was treated for a few puncture wounds and a 4-inch laceration on his head. None of his injuries were life-threatening, according to local reports.

Later, just after authorities interviewed other people at the campsite, a DNR officer saw a wolf, and shot his gun at it. He missed. On Monday morning, according to the DNR’s press release, “an average-sized male wolf of about 75 pounds, matching the description of the wolf in the attack, was trapped and killed in the campground.” (The boy told reporters that he was unsure what the animal was, at first, saying “I thought it was a big coyote, but I guess it’s a wolf.”) Tom Provost, of the Minnesota Department of Natural Resources, told me that the trapping was carried out by “a subgroup of the Department of Agriculture called Wildlife Services–what people refer to as ‘federal trappers.'” Mostly they track and trap wolves that kill local livestock.

The trap used was a leg-hold trap, what most people think of as a “bear trap”–a spring-loaded metal trap with two jaws. When the animal steps in the middle of the trap, the jaws spring up and clamp the animal in place. There is a debate about whether these traps are humane or not; the actual traps usually do not harm the animal (some newer traps are padded or laminated to avoid even breaking the skin) but in some animal species, the animal will attempt to chew its own leg off to escape from the trap. Some states have banned all or some of this type of trap. Steel-jawed traps, which can break bones or introduce infections, are banned outright in New Jersey and California, for example. Leg-hold traps are sometimes used for catch and release, as well. “Yep, there have been cases where wolves have been trapped with leg-hold traps and then released,” says Provost. “It is probably one of the best traps to use for catch and release.” Animal welfare organizations like Born Free disagree, citing studies that claim the steel-jawed leg-hold traps are inhumane. “Leghold traps can cause severe swelling, lacerations, joint dislocations, fractures, damage to teeth and gums, self-mutilation, limb amputation, and even death,” writes Born Free on its site.

When trapped, the wolf in question was shot, as a means of euthanasia. The wolf was not tranquilized, moved, or examined; it stepped into a trap, which clamped its leg, and then was shot in the body with a handgun. “When you’re going to euthanize a large carnivore in a trap, this is one of the most common ways to do it,” says Provost. The animal was shot in the body “because we needed to preserve the head for rabies testing.” When I asked if a handgun shot to the body was considered a painless way to euthanize an animal, Provost said “I can’t comment on that.” 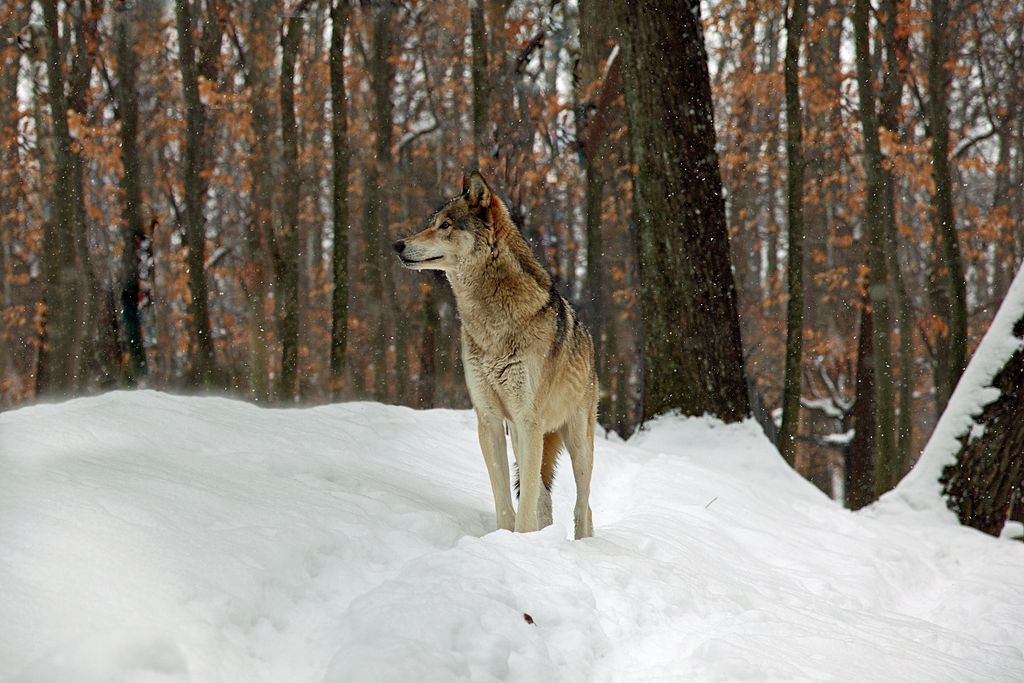 This specific campground, within the Chippewa National Forest, is “in the heart of wolf habitat,” says Provost. “There are established wolf packs throughout that region.”

This captured and killed wolf appeared healthy and of average size, about 75 pounds, but has a slightly deformed jaw which may have impeded the wolf’s ability to catch larger prey, like elk. “We’re working under the assumption that a normal, healthy wolf would not have done what happened here,” says Provost. “The animal that was euthanized does have some physical malformities that likely caused it to be a scavenger and an opportunistic feeder rather than an outright predator.”

The killed wolf was sent to the University of Minnesota for testing, both DNA testing to see if it was the same wolf that attacked the teen camper, and rabies testing. (Wolves are not reservoirs of rabies, meaning they can’t pass it on, but they do sometimes catch it from other animals, like foxes.)

‘A normal, healthy wolf would not have done what happened here.’

The gray wolf was taken off the endangered species list in 2012, over the objections of groups like the Center for Biological Diversity, which claimed that surveys of the gray wolf’s population and health were inadequate and that the decision was not made with public input. Immediately following the wolf’s removal from the endangered species list, the Minnesota Department of Natural Resources legalized hunting the wolf. According to the DNR, there are an estimated 2,200 wolves in Minnesota. The minimum number for a safe population of wolves in Minnesota is considered 1,600 (by the DNR; the Center for Biological Diversity would disagree). Below that number, the species is considered unable to sustain long-term survival; wolves become isolated from each other, biological diversity begins to suffer. In 2012, 413 wolves were harvested, which means the DNR is allowing the wolf population to dip very near to its own declared absolute minimum population goal.

It immediately struck me as problematic that this wolf was shot at, then trapped, then killed, even before any DNA test was done to find out if the wolf was indeed the specimen that attacked the teen, and before knowing if the wolf was rabid. Rabies is difficult to detect; Provost told me that to test reliably for rabies, “there is not a live animal test for rabies that is a valid test.” This is mostly true; a new procedure has indicated that a sample of skin from a living animal could be reliable, but it’s not proven, and tests for blood, urine, and DNA are inconclusive. The method the DNR uses, and indeed the method almost every other organization uses, is by taking a sample of brain tissue after the animal has been killed.

That said, while this animal’s behavior was certainly unusual, it’s not necessarily indicative of a rabies infection. The DNR’s typical strategy is to shoot wolves suspected of doing things that Minnesotans don’t like, whether that’s biting a teenage camper or attacking livestock. Provost insists this is preventative, not punitive. “We surely aren’t going to allow this wolf to run around and potentially do this same behavior in the future,” he says.

Minnesota’s stance on wolves is much the same as governments worldwide; wolves are tolerated so long as they don’t affect humans in any way. Yes, this wolf attacked a person, but also remember that this person was sleeping outside, on the ground, in the middle of wolf territory, in a place known to be highly trafficked by wolf packs. It’s really more surprising that nobody has ever been attacked before now. And when the animal in question is as at risk as the gray wolf, perhaps a change in attitude is called for. Perhaps we should test first, and kill second. If we need to kill at all.