The Bike That Never Needs Repairs

Engineered to be maintenance-free 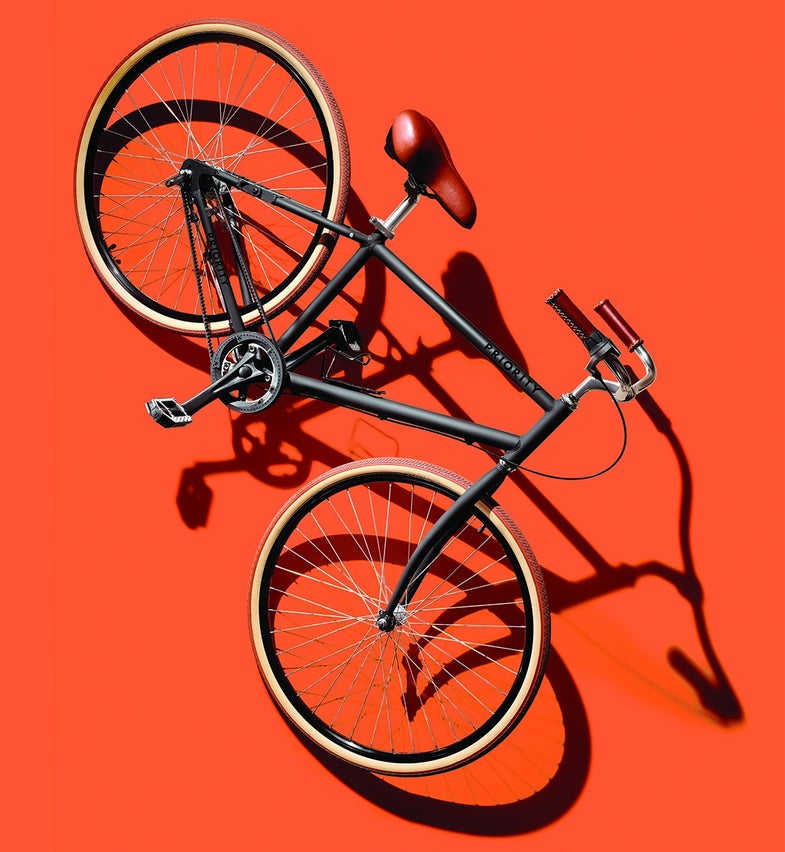 Every mechanic knows that moving parts break down over time, and David Weiner, founder of Priority Bicycles, knows it better than most. Weiner spent six years as a bike mechanic in his hometown of Walnut Creek, California, and much of his job was spent fixing the same handful of problems: tuning derailleurs, adjusting brakes, greasing chains, and replacing flat tires.

Though Weiner eventually left his job for a career in software development, his love for bike maintenance never waned. Years later, after building financial and logistics management software for top-tier bike companies, he decided to fix the inefficiencies of bike maintenance once and for all. By custom-fitting a rustproof, lightweight aluminum frame with extremely reliable parts and removing some hardware altogether, Weiner created something he’d always dreamt of–a maintenance-free bike.

Internal Hub: Rather than a clanking derailleur system, Priority Bicycles use a Shimano three-speed internally geared hub that works on the principle of planetary gearing. The hub allows the belt-drive to remain fixed to the rear wheel cog, so there are fewer issues with chain derailment.

Chain: Metal chains are susceptible to rust, plus they wear down and stretch over time. Belt drive systems, popularized by Harley-Davidson Motorcycles in the 1980s, last more than 10 times longer than metal chains, never require grease, and permit a smoother ride.

Brakes: Cable brakes can lose tension and the pads can slip and rub against the wheel, especially if the wheels become untrue. Coaster brakes, like the one on your childhood bike, drive a brake cone into brake shoes, which spreads them apart and against the inside of the hub when you pedal backward.

Tires: Puncture-resistant tires ensure that riders will avoid flats. The bike also ships with a pump, so riders can easily keep their tires properly inflated.