The brains of a DSLR, in the sleek body of a mirrorless camera 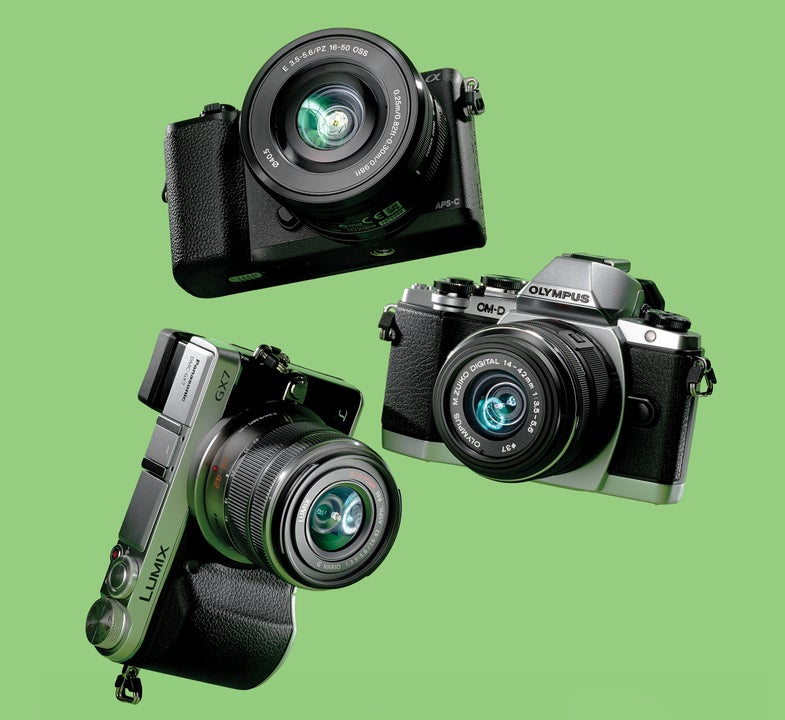 You’ve mastered the art of Instagram, and you’re ready to swap your smartphone camera for something more serious. Five years ago, that meant choosing between the quality of a digital single lens reflex (DSLR) camera or the low cost of a point-and-shoot. But that’s no longer the case.

Mirrorless cameras, which have been around since the digital camera boom of the early 2000s, are catching up to DSLRs in terms of quality. Their smaller bodies formerly meant grainier photos. That’s because they required the use of smaller image sensors, which receive less light than the full-frame sensors used in DSLRs. In recent years, camera-makers have found ways to place larger sensors in mirrorless cameras, pairing them with high-powered image processors. To boot, many mirrorless cameras now include interchangeable lenses for shooting in different environments. That means a pro-grade camera in a point-and-shoot body is finally a reality—and it’s available for a reasonable price.

A Micro Four Thirds (MFT) system accepts DSLR lenses when fitted with an adapter—a nice perk if you have them.

This article was originally published in the November 2014 issue of Popular Science, under the title, “Pro Quality in a Small Package”.