Drug-Resistant Lice May Be Coming To A Scalp Near You 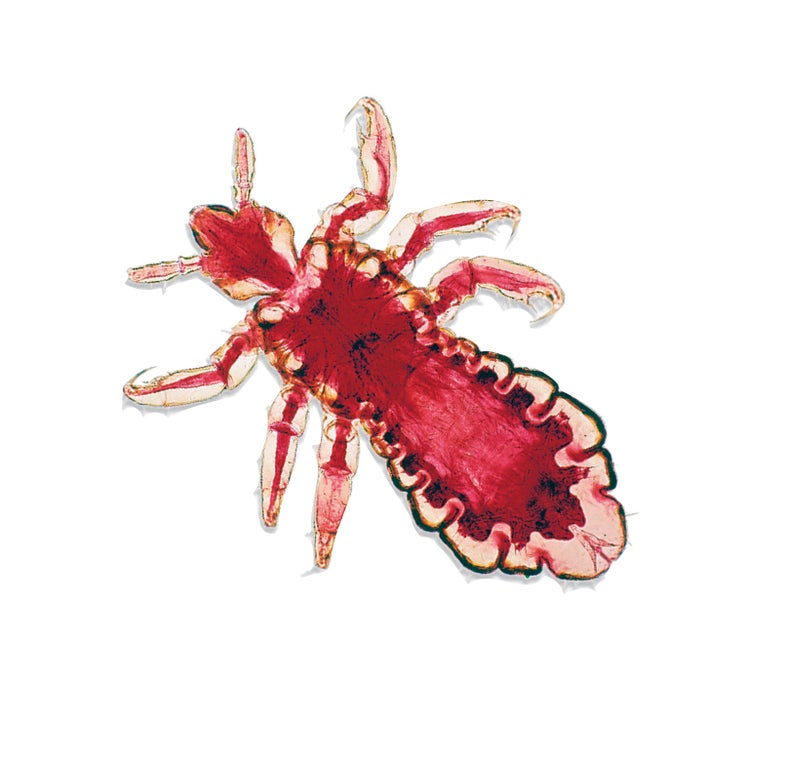 As if lice weren’t bad enough, a growing number are now resistant to over-the-counter (OTC) treatment. Scary, yes, but not surprising since doctors have relied on a single compound to kill the bugs for decades, says John Clark, a University of Massachusetts Amherst toxicologist.

What Used To Work

OTC treatments kill lice with neurotoxins called pyrethrins (or the synthetic permethrin). When repeatedly exposed to the drug, bugs evolve a genetic mutation that desensitizes their nervous systems to its effects.

Why That’s A Problem

Populations of lice develop additional defenses until they become completely immune, as is now the case in Argentina and Israel. In March, Clark reported that 99.6 percent of head lice in the U.S. already have the genetic mutation and are en route to achieving superlice status.

What To Do Now

A few single-treatment prescription medications exist. Removing lice with heat treatment or those annoyingly tiny combs also works. You just need the patience of a saint (or a school nurse). “I’d recommend a professional,” Clark says.

This article was originally published in the November 2014 issue of Popular Science, under the title “Superlice, Coming To A Scalp Near You.”