A Toy Box That’s Opened By A Kid’s Fingerprint 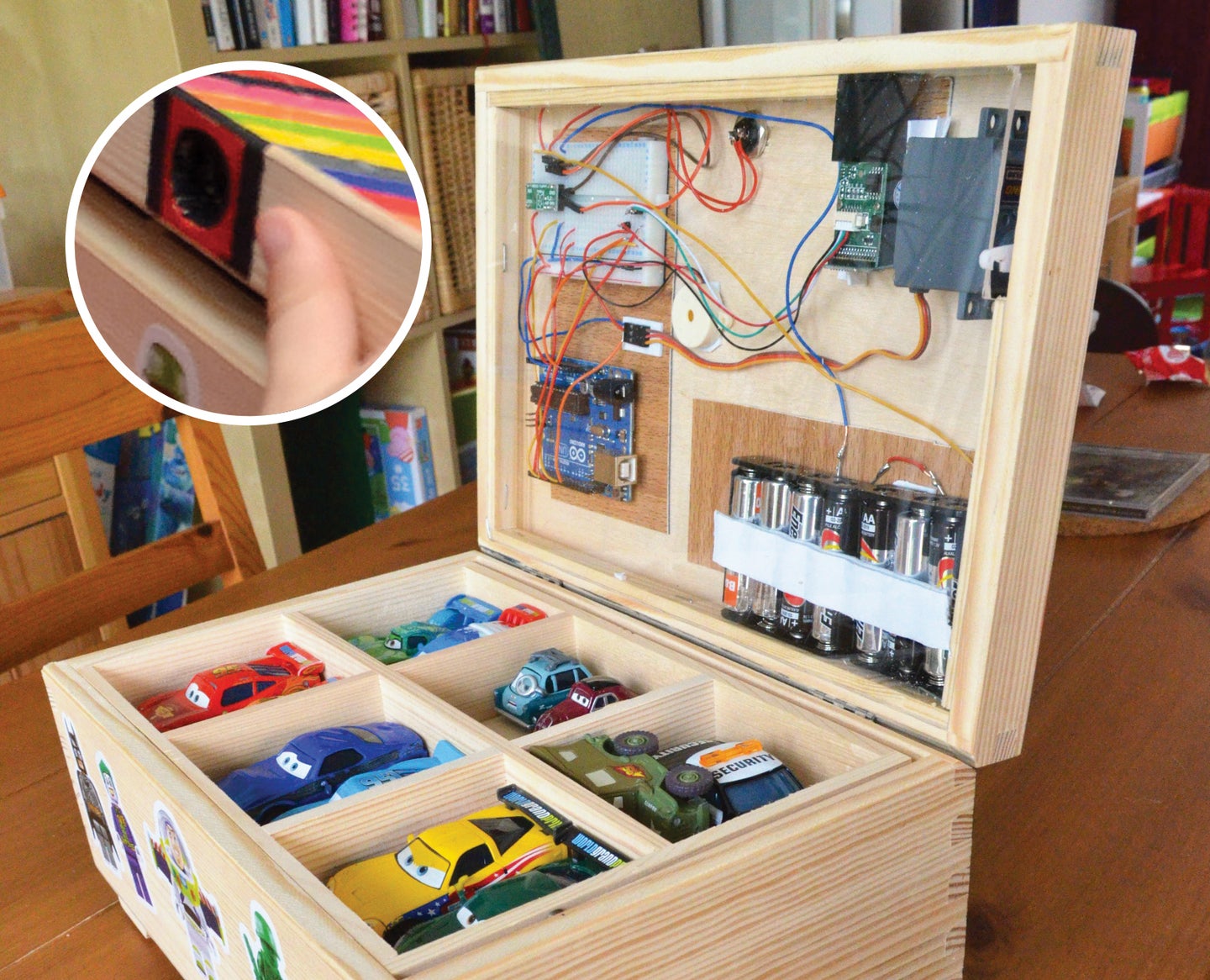 Four-year-old Ewan Gibson loves toy cars. His dad, Grant, a Scottish Web developer, prefers electronics. Hoping to find common ground—and inspired by Apple’s new finger-scanning iPhone—Grant built a biometric lockbox for his son’s cars. He installed a sensor that scans fingers in the lid of the toy box. The data is sent to an Arduino microcontroller, which, when it recognizes one of Ewan’s prints, unlocks the lid. Although Ewan is more interested in the cars than the box, it does fascinate him: As he says, his “fingers are magic.”

build it yourself
december 2013
DIY
fingerprints
project of the month