Dave Herbert turned our pitching machine into a levitation tube and a water balloon launcher. 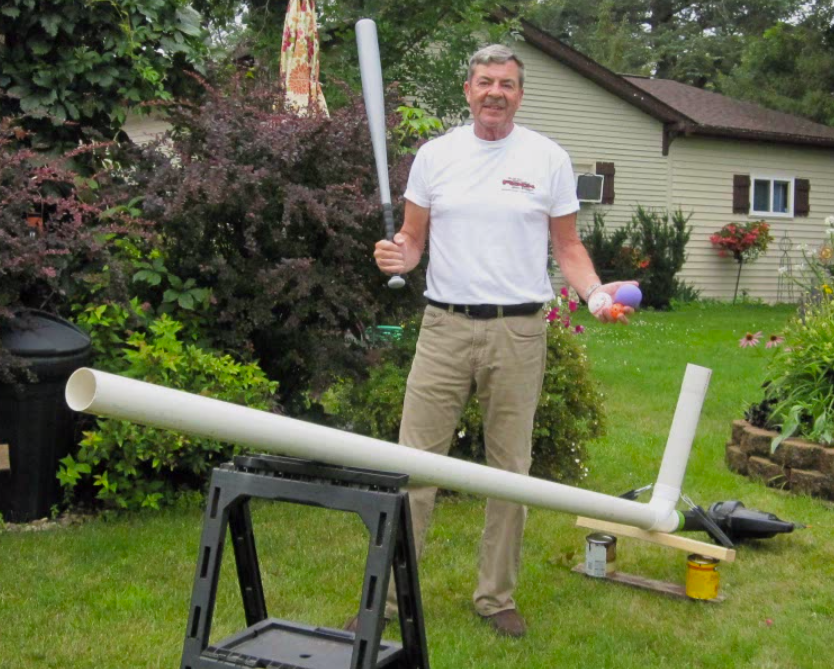 Popular Science reader Dave Herbert had a blast building and playing with the DIY Wiffle ball cannon from our September issue. But the retired Marine also added his own twist.

In the cannon’s original design, a leaf blower sends a stream of air through a PVC pipe assembly, drawing in Wiffle balls through the loading tube and then pitching them out the barrel at speeds of up to 50 miles per hour. But it can be used for more than that. “I also found the low heel elbow [a joint used in the machine] can be used for another scientific experiment,” Herbert told Popular Science. Starting at 3:16 in the video, he removed the cannon’s long barrel, reversed the placement of the leaf blower, and left only one opening free: the loading tube. As a result, a column of air from the leaf blower made foam balls levitate over the tube, even when tilted at an angle.

Herbert also tried loading his PVC cannon with water balloons (starting at 4:29). Although the machine proved to be an adept launcher, Herbert’s ingenuity ultimately turned against him when his wife bombarded him with a Wiffle and water balloon salvo.