Check Your Pet’s Health On Your Smartphone

But first you have to get it to pee into a cup. 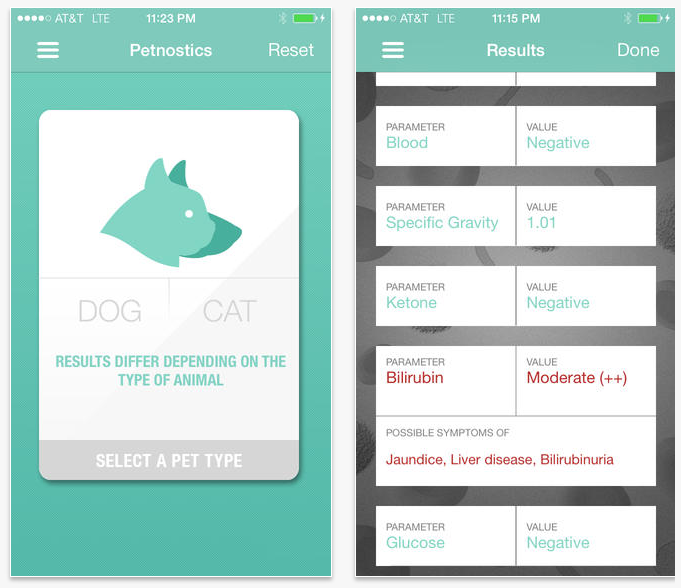 If you are worried about your pet’s health, you take them to a vet. But for those who want a more DIY diagnosis of how a dog or cat is doing, a company called Scanostics has made a device to measures levels of chemicals in urine, as a proxy for health. Petnostics, as its called, consists of a device and an app. The device is a strip atop a pee cup, with chemical-sensitive boxes that change color when exposed to certain chemicals. The strip can then be photographed with a smart phone, and the Petnostics app then analyzes the image of the strip, and tells you for example how much bilirubin is in the blood, and if that’s a problem.

The BBC has an interview with the company founder, Stephen Chen, who further explains how it works. Asked if Petnostics may just add to owner’s anxieties about their dog or cat’s health without really telling them anything definitive, Chen replied that it isn’t meant to be a diagnostic tool for owners, but that the info could help veterinarians with their analysis of the animal’s health. While interesting, it sounds like more of a novelty or curiosity at this point. Besides offering the likelihood of getting dog or cat pee on your hands, it seems like it would be easy to misinterpret the results, since the app lists medical conditions that could explain the readings from the strip without much context.

The strip doesn’t appear to be available for order yet, as the Scanostics company website is still blank. Curiously, the app has received five star reviews from eight of eight people–although maybe they were test users.