U.S. May Soon Require Cars Be Able To Talk To Each Other

The National Highway Traffic Safety Administration missed its own deadlines for making a decision on mandating car-to-car communications, but says it will come soon. 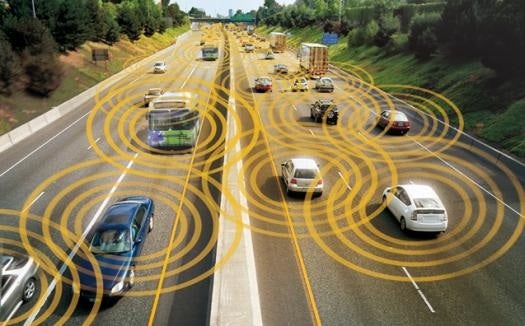 Officials will decide in the “coming weeks” whether all new cars in the U.S. must have the technology to communicate with other cars and warn drivers—or even brake for them—when there’s a crash impending, ABC News reports. Those same officials originally said they would make a decision about these technologies by December 31, The Detroit News reports, but then announced they’d “made significant progress,” but weren’t ready for a decision.

These technologies have gained a lot of ground over the past few years. They’ve been tested in a pilot in the streets of Ann Arbor, Michigan. Carmakers themselves have developed their own systems to sell in luxury models. There are still some hurdles for the tech to overcome, especially if cities want their own infrastructure to talk to these smarter cars, too—to monitor traffic, for example. But many experts agree they’ll make our roads safer by reducing deadly human error. The National Highway Traffic Safety Administration, which is in charge of deciding whether car-to-car communication should be mandated by law, thinks the tech could prevent 80 percent of light vehicle crashes. Nevertheless, the Auto Alliance, a major carmakers’ organization, opposes mandatory car-to-car communications, The Detroit News reports.

Should the National Highway Traffic Safety Administration vote “yes” on vehicle-to-vehicle communications, the soonest Americans would see them in every new car is the model year 2017, The Detroit News reports. And, of course, older, non-communicating cars would linger on the roads for much longer.