A New Age Of Power 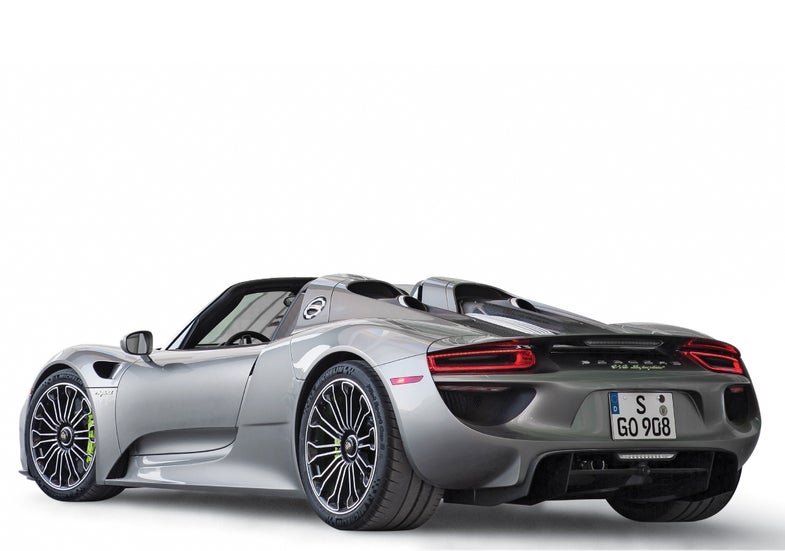 The Porsche 918 can make a claim that other supercars can’t: It’s a blueprint for what everyday sports cars will be like in the next few years. Unlike models in the past, they won’t have huge engines with bad fuel economy. Instead, they will rely on electric motors and quick-charging batteries supplemented by smaller gas engines.

The pitch for hybrid sports cars has been clear for some time; battery power delivers an instant jolt of acceleration—the 918, for instance, hits 60 mph in 2.5 seconds. But the 918 stands apart in its ability to fully recharge cells while driving. (Typical plug-in hybrids get only a trickle of power while the car’s in motion and need to be plugged in once depleted.) When the 918’s battery is spent, the car’s brakes and engine act as generators, recharging the cells in a matter of minutes and readying the car for another electric boost. The unique powertrain portends a future in which performance will be tied to the efficiency of a battery, not the power of an engine.