HEVO Power's pilot program will be tested in New York City next year. 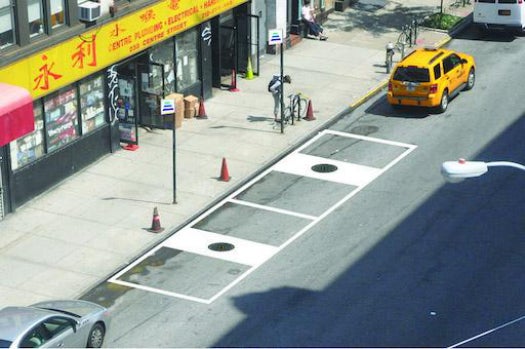 New York City startup HEVO Power aims to make charging an electric car as easy as finding a parking place. The company, collaborating with New York University, plans to roll out a pilot project by early next year that uses manhole-like units embedded into the pavement near Washington Square Park as wireless charging stations for electric vehicles.

“The durable, embedded hardware unit will be deployed as a sustainable infrastructure device in city streets, parking lots and garages, motor pools, highways and other highly trafficked areas,” the company’s website says. 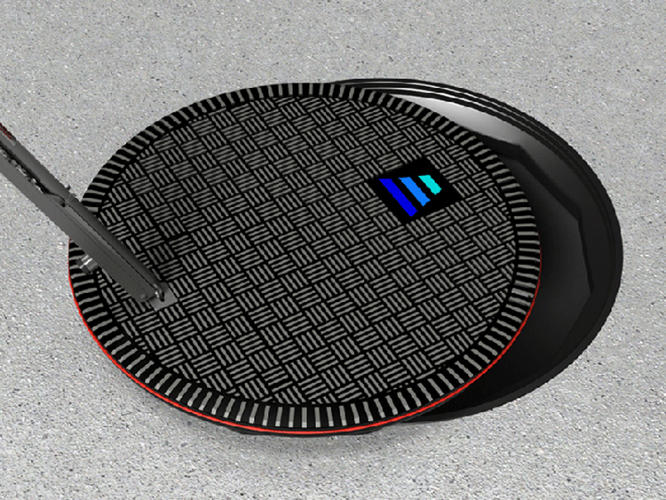 While electric-vehicle charging stations are on the rise in the U.S., most take hours to charge a car. HEVO estimates its cordless power stations, which use electromagnetic resonance to transfer electricity to the car’s charging coil, charge faster and at greater distances than other wireless charging systems. HEVO’s power stations are still classified as Level 2 charging stations, which take eight to 12 hours to fully charge a vehicle.

But placed in rows along a highway lane, for instance, could provide charge on the go. It could be “a small strip at every yard or so that has another wireless charging plate,” HEVO founder Jeremy McCool told Fast Company, “so as you go down the street you’re collecting a charge.”

HEVO is also talking with companies like PepsiCo about the possibility of creating a charging infrastructure for fleets of electric delivery trucks. Chargers at loading zones could give the trucks a boost at every stop, allowing them to charge without having to travel outside of their normal delivery route.

This article has been updated to clarify that HEVO’s units do not utilize pre-existing manholes.