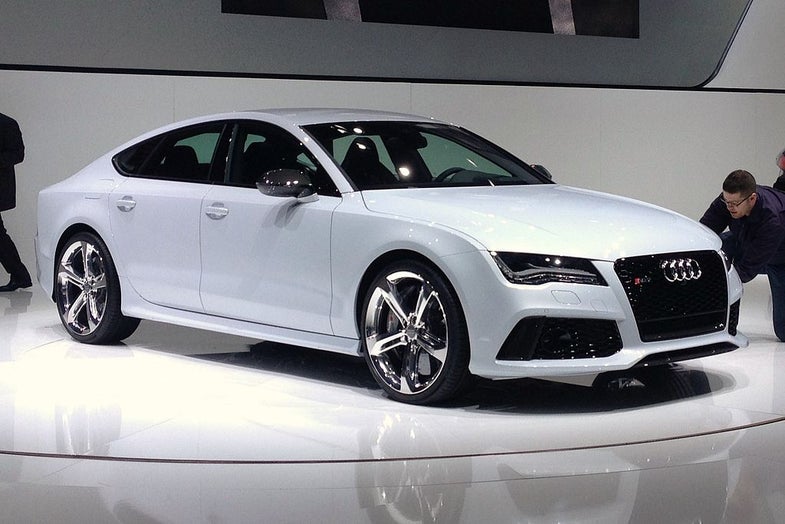 According to Audi, a driverless version of this car set a driverless speed record. Sarah Larson, via Wikimedia Commons
SHARE

A major selling point of self-driving cars is what they remove from the road: human error, driver exhaustion, distracted driving because someone has to keep reminding the urchins in the backseat that “No, we’re not there yet, and if you keep asking I’m pulling the car over right now.” Less attention has been paid to the new capabilities driverless cars will open up, such as traveling at much higher speeds than a human driver could manage. Carmaker Audi claims they just set a speed record for driverless cars, zooming 149 mph around a racing circuit in (of course) Germany.

There are upper limits on how fast a human can drive a car. Some are physical; at high enough speeds, the gravitational forces acting on the driver become dangerous and incapacitating. Others are neurological; nerves relay signals only so fast, and human response time to risks (like a stalled car on top of a hill) is limited by how fast the driver can receive this information and act on it. Driverless cars use a variety of sensors with their own limitations, but these can be engineered and improved on a wide scale. In addition, driverless cars should be able to communicate with each other, reducing the traffic blindness that human drivers fall prey to.

Most of the time, these features are touted as safety improvements. And, certainly, that’s a major part of the case for driverless cars: fast machines communicating with each other may very well make roads safer for the humans they carry. But it also means that, especially over long hauls at first, car travel can be faster, even making it competitive with short flight air travel.

Still, there is plenty of work to be done before we arrive at a future with self-driving cars. After Audi tested the autonomous car, they put a human driver on the same circuit. The human finished only five seconds slower than the robot, and NASCAR drivers regularly top out at over 200 mph.