Behold The Best Slow-Motion Camera On The Market 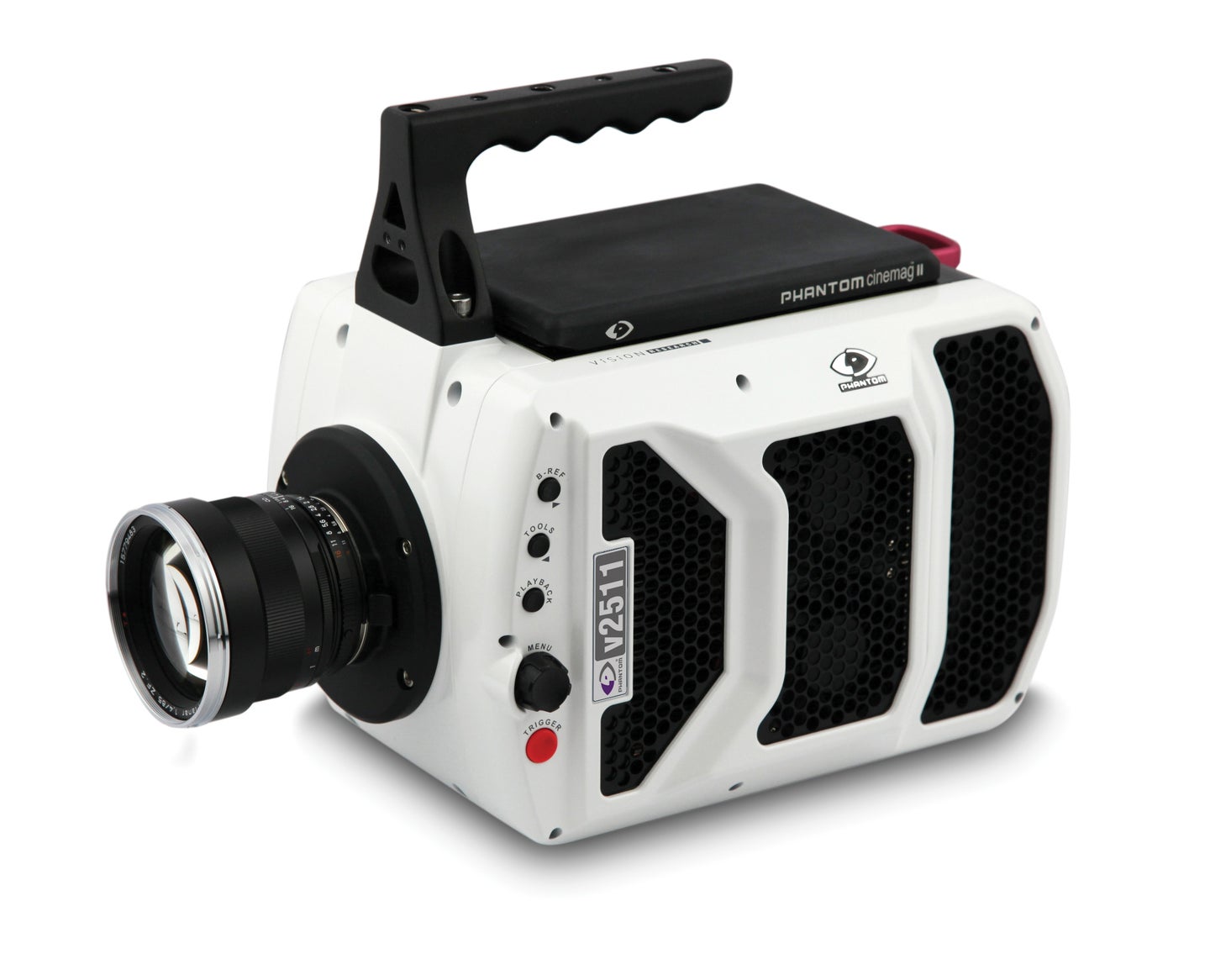 In the time it takes to blink, the Phantom v2511 has already captured more than 7,500 frames of video. Expand that rate to one second, and the v2511 captures 25,600 frames at a resolution of about 1 megapixel. That’s still a far cry from the 1-trillion-FPS camera MIT researchers developed in 2011, but unless you plan to record the motion of light, it should work just fine.

39.32: Gigabytes of memory per second used by the Phantom v2511, thousands of times more than the iPhone 5S’s slow-motion camera.

70: The rate at which a male ruby-throated hummingbird’s wings beat per second, measurable only through high-speed imaging.

128: The minimum FPS required for a camera to be defined as “high speed,” by the Society of Motion Picture and Television Engineers.

12: Frames shot in less than half a second when Eadweard Muybridge proved in 1878, that all of a horse’s hooves leave the ground during a gallop.

Be sure to check out our previous experiments with slow motion filming at PopSci Slo-Mo.

This article originally appeared in the October 2014 issue of _Popular Science, under the title ‘The Ultimate Slo-Mo Camera.’_