Director James Cameron, the man behind Titanic and the Terminator films, has selected a publisher to develop the game for... 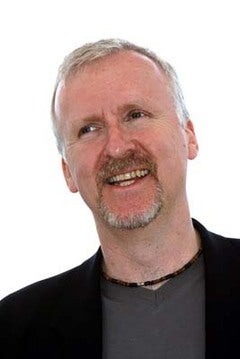 Director James Cameron, the man behind Titanic and the Terminator films, has selected a publisher to develop the game for his upcoming movie, Avatar. The $190 million, roughly half-CGI, half-live-action movie, which is about an ex-Marine who exists as a human mind in an alien body, has generated tremendous buzz over the last year—science fiction fans are excited to see Cameron step away from doomed romances and back to futuristic battles. The director is also going to shoot it in 3D, using advanced new technology that he has claimed is the future of the movies.

For the game, he took a year to choose from among four major publishers. The winner, Ubisoft, is also developing the game portion of the upcoming movie Beowulf. (Though one could argue that all hero-battles-the-monster games are based on Beowulf.) The only downer is that none of the Avatar-related material is going to be available for a while. The movie isn’t scheduled for release until the summer of 2009.—Gregory Mone