How I Made A 3D-Printed Figurine Of Myself

Artec 3D's 'Shapify Me' technology can turn us all into toys 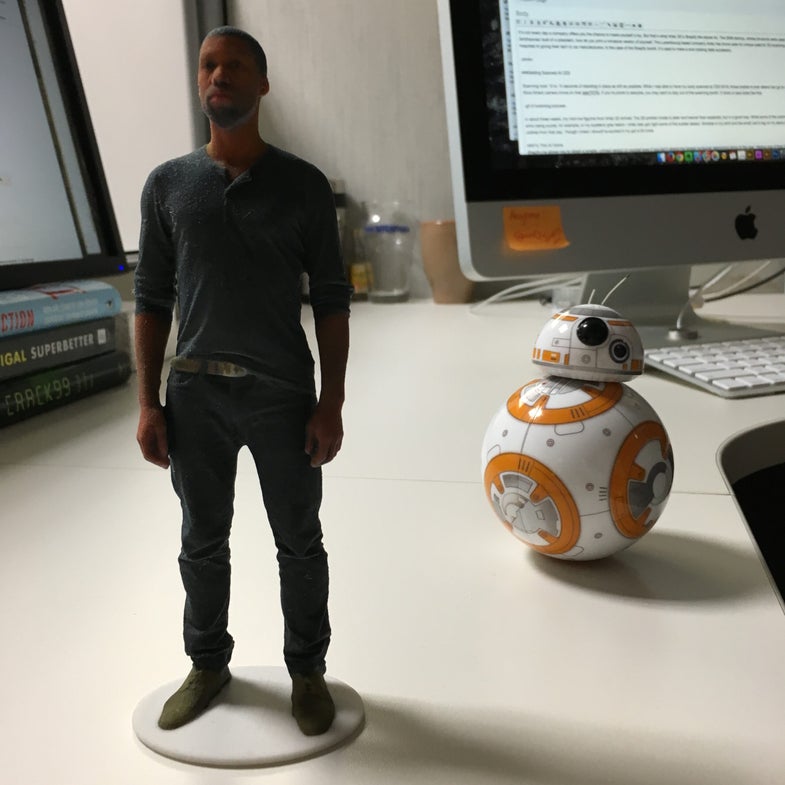 I 3D printed myself, and you can too. Xavier Harding
SHARE 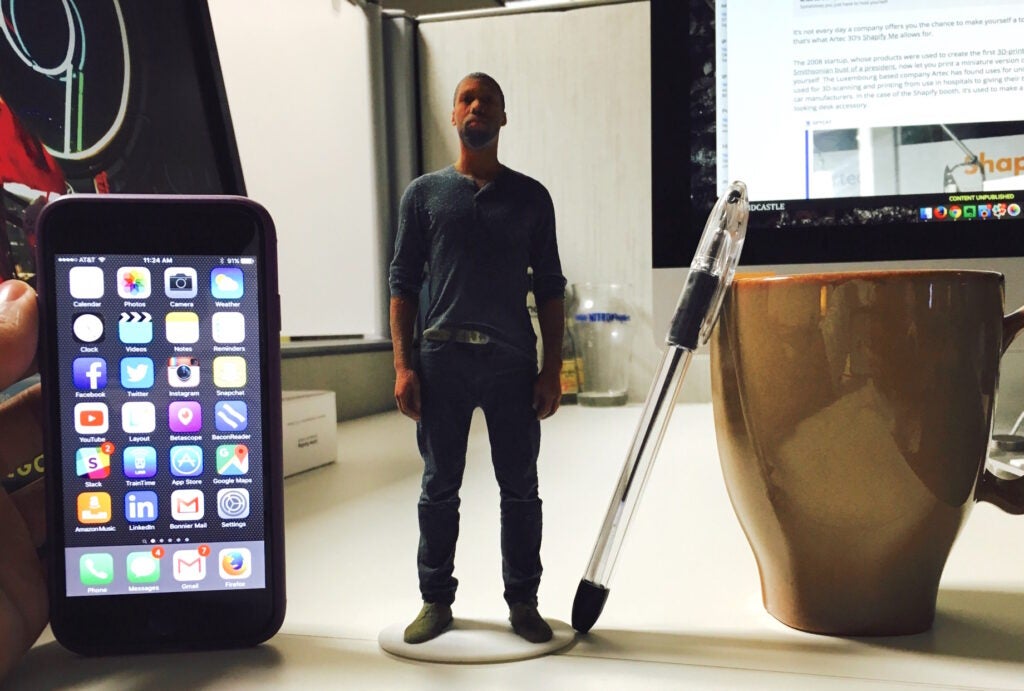 Medium-sized 6.7” Shapify figurine next to mug, pen and iPhone 6

It’s not every day a company offers you the chance to make yourself a toy. But that’s what Artec 3D’s Shapify Me allows for.

The 2008 startup, whose products were used to create the first 3D-printed Smithsonian bust of a president, now let you print a miniature version of yourself. The Luxembourg based company Artec has found uses for unique used for 3D-scanning and printing from use in hospitals to giving their tech to car manufacturers. In the case of the Shapify booth, it’s used to make a sick-looking desk accessory.

Getting Scanned At CES

Scanning took 10 to 15 seconds of standing in place as still as possible. While I was able to have my body scanned at CES 2016, those unable to ever attend can go to one of these locations or use their Xbox Kinect camera (more on that later). If you’re prone to seizures, you may want to stay out of the scanning booth. It more or less looks like this:

In about three weeks, my mini-me figurine from Artec 3D arrived. The 3D-printed model is taller and heavier than expected, but in a good way. While some of the colors are slightly off—the back of my arms being purple, for example, or my suddenly gray beard—Artec also got right some of the subtler details. Wrinkles in my shirt and the small Levi’s tag on my jeans all represent the condition of my clothes from that day. Though I knew I should’ve sucked in my gut a bit more. 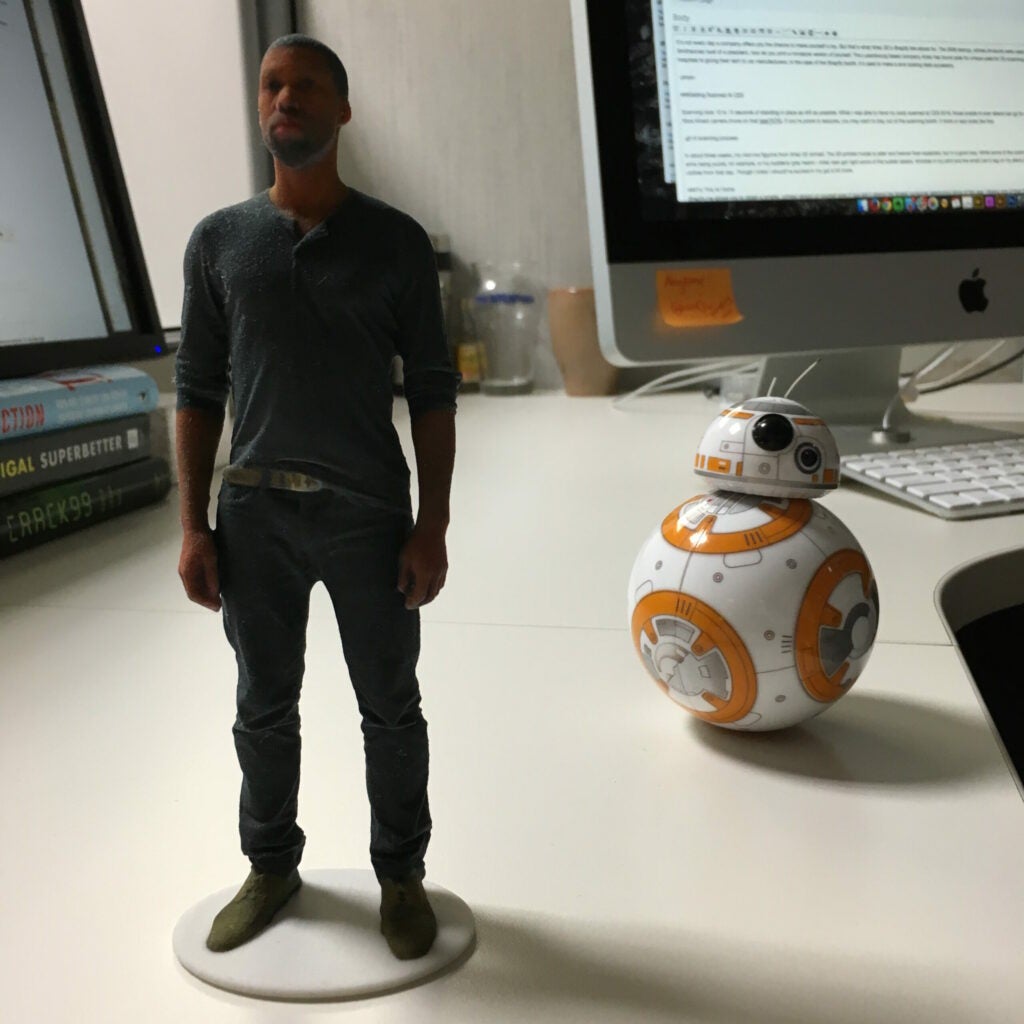 I 3D printed myself, and you can too

Try This At Home

Shapify.me allows you to obtain a smaller, printed version of yourself even if you don’t attend the largest consumer electronics show of the year. Visiting one of their Shapify booths does the trick, but the locations are sparse: 10 locations in the United Kingdom, four in the United States and the remaining booths are located in Luxembourg, Japan, Kuwait and the United Arab Emirates. If you’re located in the States, unless you live in California, Portland or Texas, you’re out of luck.

The other option is to make use of the Xbox’s Kinect camera. While the gaming console’s camera unit is mainly used for gesture control and recognizing players upon login, it’s powerful enough to get a scan of your body for printing purposes. Artec’s Kinect locations are more common and those who own an Xbox 360 can make use of the Kinect they own–provided they have a PC to connect it to.

Once you’re all scanned up, printing the doll itself takes about 12 hours using the ProJet 660Pro printer . Though, door-to-door, buyers can expect to receive their Shapify Me figurine in around 3 weeks. 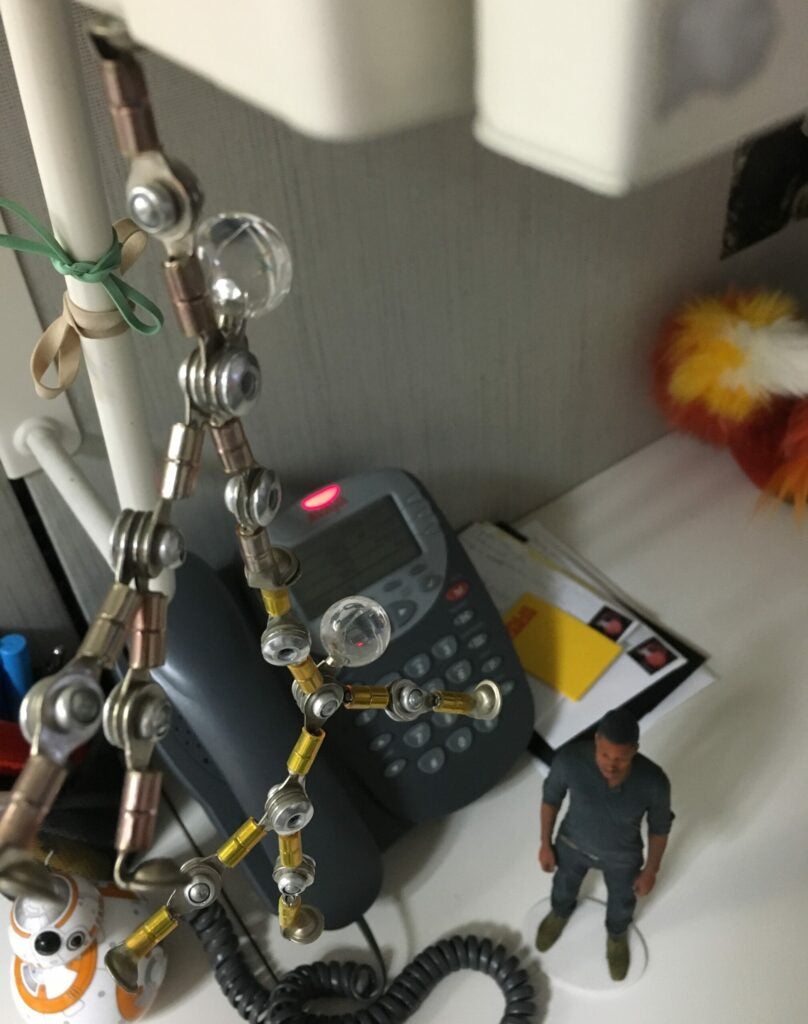 They’ll reach me one day

Prices range from $69 for extra small, $85 for small, $109 for medium and $149 for large. And simply downloading your 3D model will cost you 20 bucks. It’ll be up to you to decide if around $100 is worth it for a 3D-printed model of yourself made of sturdy gypsum-based polymer.

Shapify’s site lists reasonable occasions to get a printed mini statue of one’s self—having 3D-printed figurines of the bride and groom for the wedding cake, or documenting when you used to be pregnant, are all some potentially appealing use-cases. Also listed were graduation and “parents” (literally just the word “parents”). I can’t say for sure, but I have a feeling sweaty and tired tech journalist at CES is next to make that list.