From The Archives: When Insects Work For Us 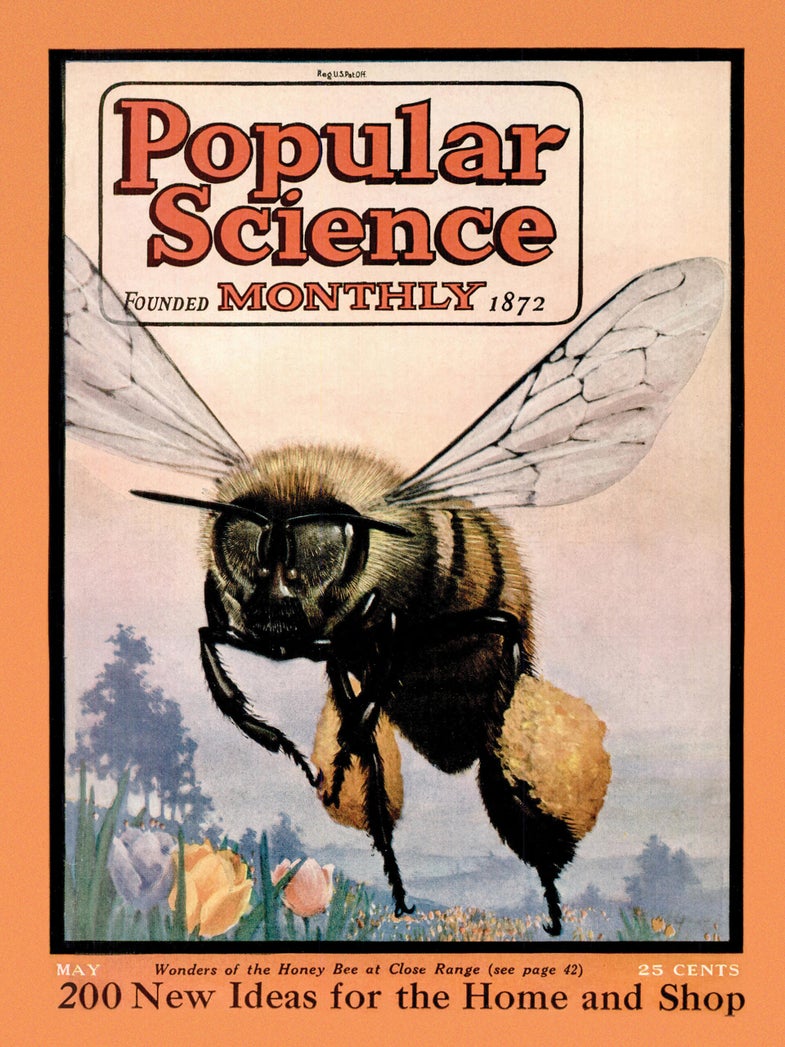 “No movement of the insects is left unobserved,” wrote Popular Science in May 1924. Indeed, to gather data that might help commercial beekeepers, government researchers trained their eyes and a number of sensors on hives of 3,750,000 honeybees. With anemometers, barometers, hydrometers, and thermometers they monitored the bees’ response to changing weather conditions. Magnifying glasses on the hives gave researchers a safe view of life inside. “Woe betide the unfortunate investigator—human or otherwise—who would personally invade the privacy of the bees’ home!” we wrote. Now, scientists are outfitting insects with sensors to probe our environment. For example, cockroaches carrying a microphone and a microcontroller will be sent into disaster sites to detect survivors. Learn about how they work here.

Anti-Terror Honeybees: U.K. research group Inscentinel Ltd. trained honeybees to detect explosives. The team taught them to associate the scent of explosives residue with a sugary solution. When the bees sensed the residue, they repeatedly stuck out their tongues—an action picked up by computers.

Robotic Moths: University of Arizona researchers tested out a theory that they could interface living insect brains with robots. Using electrodes, researchers tapped into the neurons in a moth’s visual system. When a moth saw an object, the brain activity would trigger the robot to turn and face it.

This article was originally published in the April 2015 issue of Popular Science, under the title “When Insects Work For Us.”