From The Archives: All Aboard The Boat Train

To bypass slow canals, engineers came up with a plan to transport ships over land 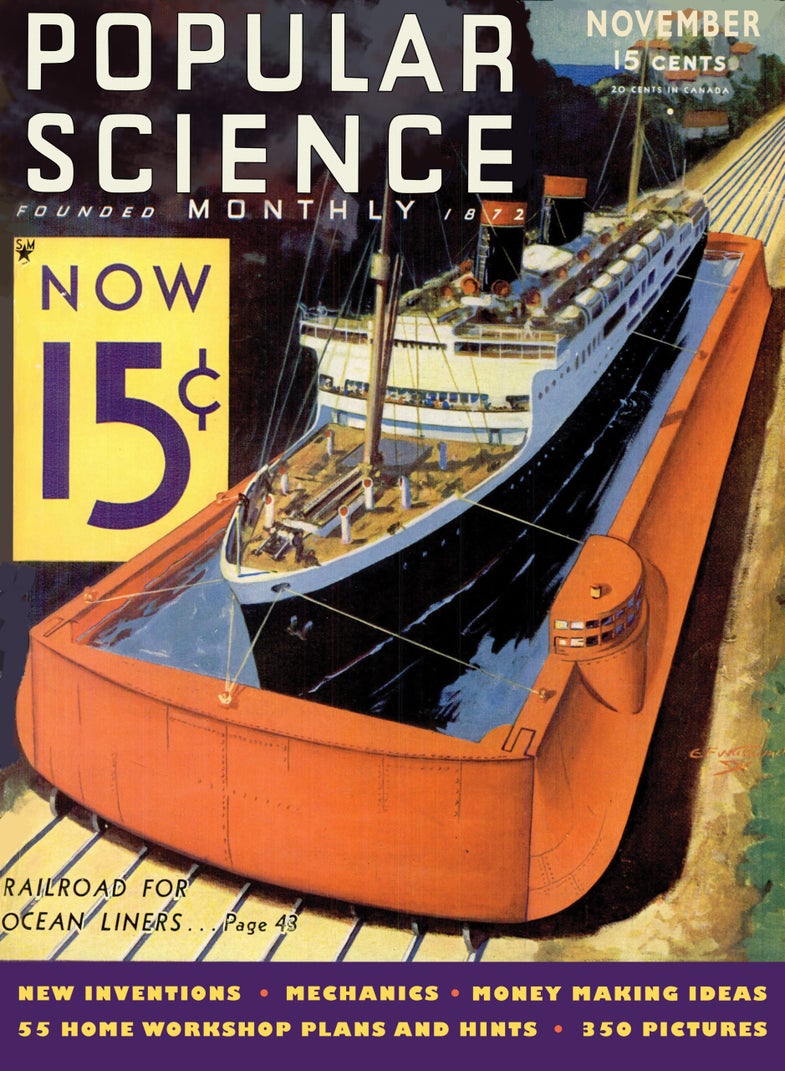 In the 1600s, French engineers built the Canal Du Midi, which connected the Atlantic Ocean to the Mediterranean Sea. But sometimes a canal just isn’t expeditious enough. In November 1932, Popular Science wrote about a wild plan to replace the canal with a 300-mile railway. According to the engineer who proposed it, the giant, 650-foot-long canal locks would act as train cars, driving down into the water to pick up ships, and after rolling across land on rails, drop them off on the other side. This would supposedly shave time off the trip and cost less than building a new water channel. Alas, we’ll never know. The project never moved forward. But the issue of how to improve canals stays with us today. This year the Panama Canal’s much-needed upgrade will be completed. Click here to read more about the project.

A Brief History Of Canals

12th Century: About 85 percent of medieval transport in Europe is facilitated by inland waterways, bringing a boom of commercial canal expansion.

1373: Perhaps the first example of the modern pound lock is used in Vreeswijk, Nether­lands, where the river’s water level is higher than that of the canal.

1869: After 10 years of construction, the Suez Canal is completed. The 105-mile lockless waterway is frequently improved during the decades to come.

1914: The Panama Canal is finished after a construction period marred by yellow fever. The canal has 23 changes of direction and is 51.2 miles long.