Smart Scanner Will Make It Easier To Digitize Archaeological Relics 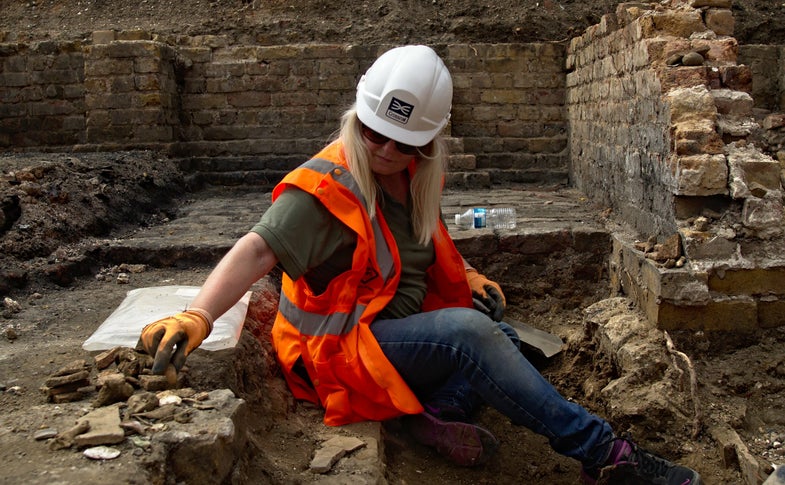 Working as an archeologist can be long and grueling–sifting through the dirt out in the field, then fitting together tiny shards of shattered artifacts in the lab.

The British Museum and others are trying to make artifacts and archeology more accessible by digitizing their collections and making them available to the public, and now a new software named Presious in development by the European Union could help make the laborious task of fitting the pieces of the past together much easier.

A digital copy of an artifact has some advantages that a physical copy doesn’t. It can be enlarged or shrunk to show details, making it easier to compare artifacts found at different sites or in different countries, and be transported all over the world without risking sanctions. It can also be put through the wringer, run through computer simulations showing its decay over time without actually harming a physical object. But getting an object from the physical to the digital world is difficult.

Uploading an artifact into a digital database isn’t as fast as uploading a picture. Researchers have to input all kinds of data about the artifact’s shape, size, and construction. It’s a long, boring process that can take hours, costing lots of money in overtime (a luxury that many cash-strapped archeology programs don’t have). Theoharis Theoharis, a computer scientist at the Norwegian University of Science and Technology, says, “We found that it took a trained operator two and a half hours to scan just one fragment.”

When there are hundreds or thousands of fragments, that’s just too long. That’s where Presious comes in. As researchers scan bits of an artifact into the system in the field, the software learns more about the object, filling in some of the assumed blanks (such as the completed shape of the artifact) as it goes along, speeding up the process. It’s a technique called predictive scanning, and its a bit like building the picture on the front of a puzzle box as you dig out more puzzle pieces. At the end, it can show archeologists which pieces are missing from a broken pot or statue. It can even help them simulate how much an artifact will be worn away over time, a valuable piece of information for people trying to conserve history.

While the first few shards (also known as sherds to archeologists) might take a long time to input, subsequent bits and pieces from the same artifact should take less time, making the work less tedious for humans running the system.

The 3-year project cost over $3.9 million, but once it is completed later this month, the software will be available for free.