What to expect from Apple’s WWDC 2019 keynote 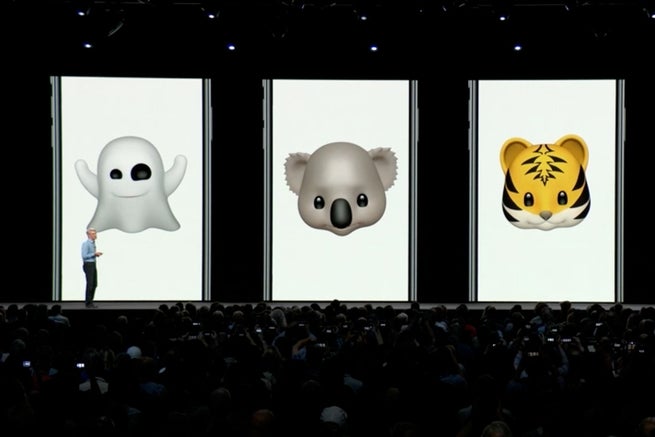 Spring is the season of developers conferences, when tech companies showcase this big releases for the rest of the year. So far, 2019 has been fairly mundane. We’ve already heard about some small updates from Microsoft, Google, and Facebook. This coming Monday, June 3, it’ll be time for Tim Cook and the Apple clan to close things out with their World Wide Developers Conference.

There were no real world-shakers at last year’s conference. Apple debuted for macOS Mojave—complete with dark mode, which I have very much enjoyed—and iOS 12. The company also announced ARKit 2, though we haven’t seen much in the way of augmented reality progress since; the one exception may be the nifty Measure app, which uses the iPhone’s camera and AR to measure real-world objects. Perhaps the biggest debut in 2018 was the Screentime feature, which tallies how much time folks spend on their phones and iPads to guilt them into going outside. It’ll be interesting to see if Apple reveals any statistics about whether or not Screentime has actually made any kind of difference when it comes to phone usage.

Given how tame last year’s WWDC was, we’re hoping for some fireworks this year. Apple has had a lot of projects—both hardware and software-based—hanging around for several years that could possibly come to fruition. We’ll be covering the event in real time on Monday, but here’s a quick a look ahead at what we might see in 2019.

It’s a rather safe bet to assume we’ll get the lowdown on iOS 13 at the conference, since that’s how this typically works. The addition of a dark mode seems like a no-brainer; letting more pixels go black on an OLED screen, which an increasing number of Apple’s phones now have, means we can finally reap the benefits the battery-saving of the display tech. We might also see a redesigned home screen for iPhones or iPads that would eschew the typical grid app arrangement to which we’ve all grown so accustomed.

As ever, we expect the iOS 13 update to further Apple’s push to make the software run faster, even on older devices. But it seems unlikely that the new mobile operating system will concern itself with features, such as quick pings to a cadre of smart-home gadgets, that would take advantage of the spread of 5G networks, which won’t really go into full swing until 2020.

On the computer side of the software coin, we expect to hear more about Apple’s publicly stated plans to make iPad apps more compatible with computers running its desktop OS. Apple has been super clear that it doesn’t see this as a “convergence” play, but more a way to facilitate more-efficient coding. Apps that can run on both platforms will no doubt please a crowd full of developers who can build apps that will reach more people with less work.

The last version of the Mac Pro was an elegant, cylindrical machine, but, by Apple’s own admission, its sealed case lacked the upgradability and performance that professional video-editors and high-end coders actually want in a computer. Apple has said that it’s working on a new Mac Pro model that will feature a more-modular design, but we haven’t heard much about its development. WWDC would be a perfect place to talk about such a high-performance (and high-priced) piece of kit, especially considering that the iMac Pro debuted at the conference back in 2017.

Apple’s smart speaker made its debut at WWDC 2017, and its trajectory has been somewhat troubled. The product missed its intended ship date (and the holiday shopping season). Since then, it has gotten a few upgrades, like additional language support, but the company hasn’t said much about it at all. With Amazon and Google already onto their next generation of smart speakers—they have screens now!—Apple’s excellent-sounding-but-not-that-smart speaker will need to make moves relatively soon. Some early reports claim the HomePod could get the ability to recognize different voices, so it can respond to commands with customized replies, though that’s also a feature Google Assistant has had for a while.

Apple has always been careful to insist that its goal isn’t to merge all of its platforms into one big, profitable ecosystem, but reports about the new WatchOS suggest the App Store may come directly to the Watch itself. Other existing apps like Voice Memos, Calculator, and even possibly Animoji’s could make their way to Apple’s tiniest screen.

What about all those services?

Earlier the year, Apple announced a heap of new services including its Apple News+ subscription-based service and Apple Arcade, which promises a steady stream of high-end mobile games with no micro transactions as part of a monthly service. Apple’s TV revamp arrived last month and News+ has been active since earlier this year. Hopefully, we’ll get some more information about the arrival of the Arcade.

What not to expect

While we may get some hardware, you shouldn’t expect a new iPhone, since those announcements typically happen later in the year. We also just got a new MacBook Pro earlier this month with a redesigned keyboard. Plus, the venerable iPod just got an update that wasn’t worthy of announcement at WWDC.

We’ll be covering the WWDC Keynote live on Monday, June 3, so come back then to see what Apple has in store.