The Apple Watch Just Made Calling For Emergency Help Much Easier

You can call 911 on your Watch, from any country with international emergency numbers built in 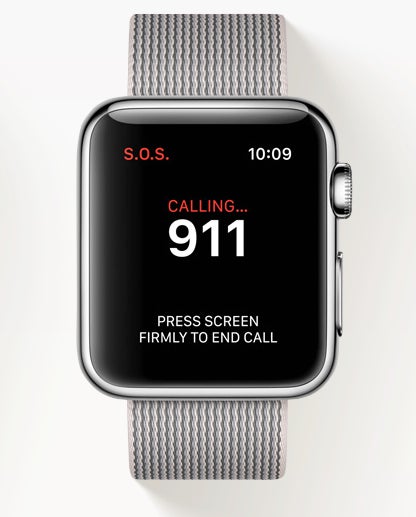 You can’t predict when you are going to be in an emergency, but you can predict, to some extent, how you will respond when you are in one. Apple wants to help you out with the latter. Today, at the company’s annual Worldwide Developers Conference (WWDC 2016) in San Francisco, Apple announced its new SOS button for its Watch OS3.

The feature enables users to call emergency services by pressing the sidebar and holding it down for several seconds. Depending on what country you are in, the Watch calls the emergency services number specific to that country. Once help is on the way, the Watch will also be able to send a message with your location to some or all of your emergency contacts.

Already, Apple’s voice activation service, Siri, can help you call for help with just your voice, as one woman, Stacey Gleeson, recently found crucial when her baby needed medical attention and she had dropped her phone, reported Fortune.

So if you are stuck in an emergency, having an Apple watch on your wrist or phone near you might make getting help that much easier.