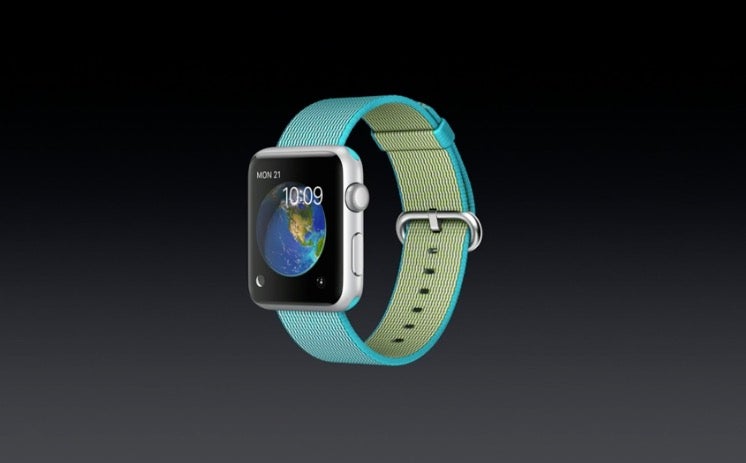 At its event today in Cupertino, Apple announced a new line of bands for the Apple Watch. These include different colors of band the standard bands (including a black Milanese loop), and a new woven nylon band. Previously, Apple has worked with Hermes to make bands that appeal to a more haute crowd. The company also announced a price drop for the Apple Watch, which will now start at $299, instead of $349.

Tim Cook said that the Apple Watch is the most popular smartwatch worldwide, and about a third of Apple Watch users regularly switch their bands.

Last week, however, Apple co-founder Steve Wozniak said in a Reddit AMA that he was skeptical of Apple moving into the fashion space, where style is the price differentiator instead of technological capability.

The Watch band expansion comes in the wake of another Watch band-related announcement this week. AliveCor, a company specializing in mobile medical devices, announced their medical-grade Apple Watch band, called the Kardia Band. This allows patients with heart conditions to get medical-grade electrocardiograms (EKGs) from their wrist, and even record audio for when their doctors review the data.

This kind of expansion could mean a serious start of the Apple Watch as a platform for hardware, instead of a closed system like earlier iPhone models.