Coming to an iPhone near you 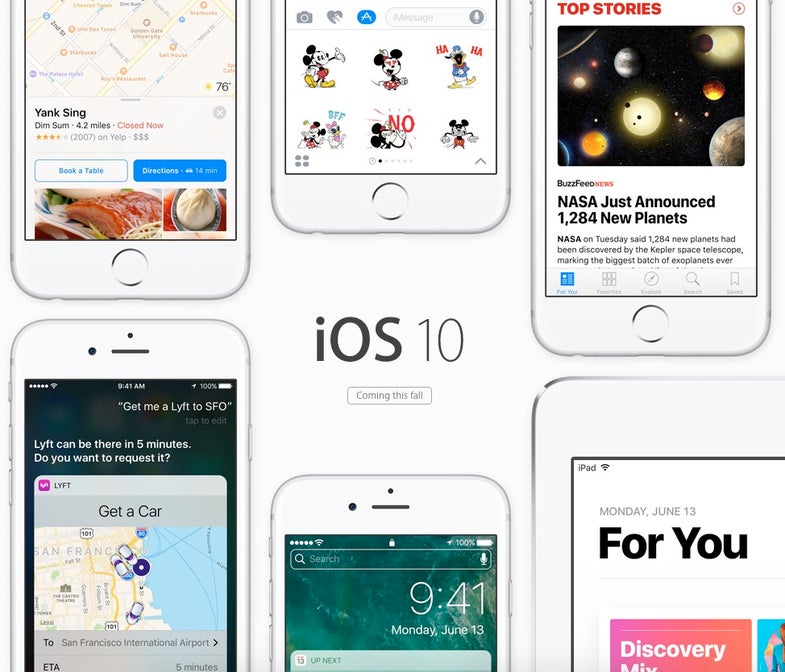 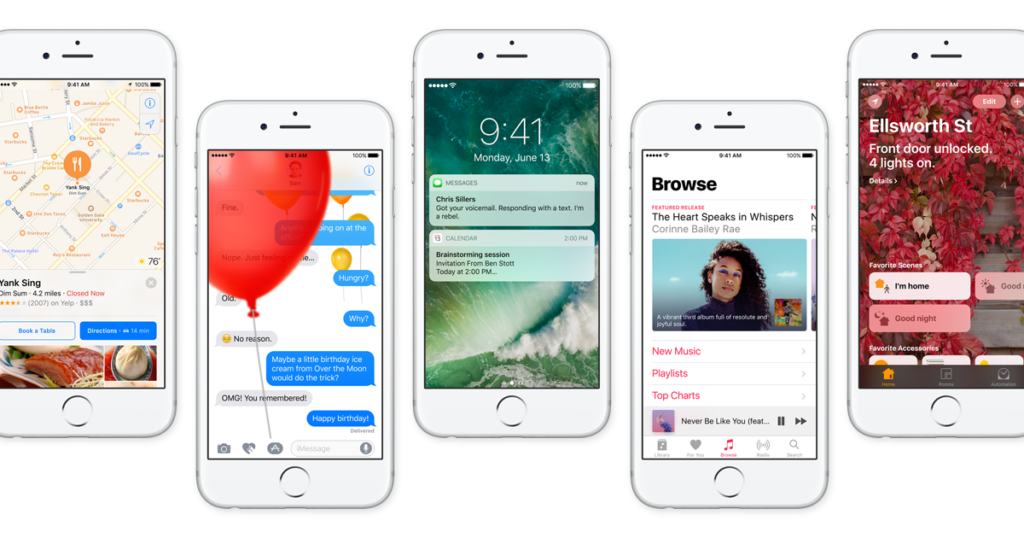 WWDC 2016 brought changes to iMessage, Siri and more with the iOS 10 update

Apple took the stage today at its WWDC 2016 developer conference to discuss what the future holds in the way of software for its products. Including, but not limited to, the new software for its iPhone: iOS 10. The updated operating system will affect most iPhone users by the end of this year and offer up new features to existing users and new iPhone owners alike. Here’s what Tim Cook and co. will be adding to the iPhone experience this fall:

Apple started by focusing on the user experience of using the iPhone. Coming to iOS 10, users will be able to raise their phone simply to wake up the screen of the device.

Users of iMessage will see updates to the app in iOS 10. Previews for media links (via video sites and Apple Music) and large preview of emoji will make its way to the new iMessage. Keywords in your message will let you know which words can be turned into emoji. Facebook style reactions will come to iMessage as well as handwritten messages. Digital Touch like the Apple Watch will come to iOS 10 on not just the Apple Watch as well as fullscreen effects for special occasions like New Years. Stickers will also make its way to iOS 10’s iMessage.

But iMessage apps may be the most important. Third-party app makers will be able to communicate with users via Apple’s messaging protocol. Purchasing food, for example, can take place right within the messaging window.

In iOS 10 the lockscreen will now support 3D Touch to get a preview of what’s inside. With raise to wake, users won’t need to touch a button to interact with their notifications. iPhone users can push into messages to respond, force press on Uber notifications to view cab details and more. Additional changes to the lockscreen includes swiping to the left anywhere to access camera.

Apple is doing more to add usable widgets to the iOS experience. Force touching an app icon will allow many apps to add a widget to the Today view all the way to the left. Some apps even let users watch video right from the homescreen.

Siri will also see an important update in iOS 10. iPhone users will finally be able to use third-party apps just with Siri. Sending payments, summoning an Uber or Lyft and sending messages using Siri will now be possible for apps not bearing the Apple moniker. Many popular apps will work with Siri and we may see much more added in the future.

For the phone app, receiving a voicemail now lets you read a transcription of what was said in addition to playing back audio from the voicemail. Third-party calling apps will now be largely indistinguishable from traditional calls. Fullscreen previews will be joined by specific WhatsApp icons for folks you prefer to call using different methods.

Updates to the keyboard will arrive from the QuickType section. When someone asks for location for example, the QuickType section will prompt you with a quick shortcut above the keyboard. Siri can also suggest contact details when someone texts asking for a friend’s phone number or email. Along with smarter suggestions, users will no longer need to switch to a different language before QuickType understands what you’re trying to write.

For photo enthusiasts, facial recognition will come to the default Photos app. iOS 10 devices will be able to detect faces and settings as well. Using artificial intelligence, Apple will lump together photos it assumes to be a part of the same “Memory.” The company states this will all happen on device–pictures and videos won’t need to touch the cloud to make use of these features.

A new Maps app design will make its way to iOS 10 as well. Suggestions will be presented to users based on time of day and typical travel habits. Maps will also zoom in when coming up to a turn and zoom back out when a long straightaway is coming up. Map extensions will allow third-party developers to utilize Apple’s Maps improvements in their own apps. All of Maps’ updates in iOS 10 will make its way to CarPlay.

For iOS 10, Apple Music will see an entire visual overhaul. New menus and fonts will be joined by a card-like interface. Recently Added, Downloaded Music and more will allow you to navigate the new Apple Music. Lyrics will appear directly below the Now Playing view and swiping down brings users back to the navigation section. The app will continue to have curated playlists and more Apple Music features launched with the service last year.

An update to Apple Music makes its way to iOS 10

Other smaller updates came to iOS 10 at the WWDC 2016 keynote. Apple News sees a user interface and user experience update as well. Subscriptions will come to News, letting users follow and receive notifications from their favorite publications. HomeKit will gain a few categories like home cameras and door locks along with the current array of products. In addition, iOS 10 users will gain access to the Home app. The app will show users all their smart home products inside one app. Conveniently, HomeKit products will be accessible via Control Center by swiping up from anywhere you are in iOS 10.

Other smaller changes include conversation view in the Mail app, Live Photos are now stabilized and editable, live collaboration in Notes is possible and split view within Safari on the iPad.

iOS 10 will make its way to an iPhone near you this fall. Developers can try out the new iOS today.