Joe Biden Wants Your Ideas On How To Cure Cancer 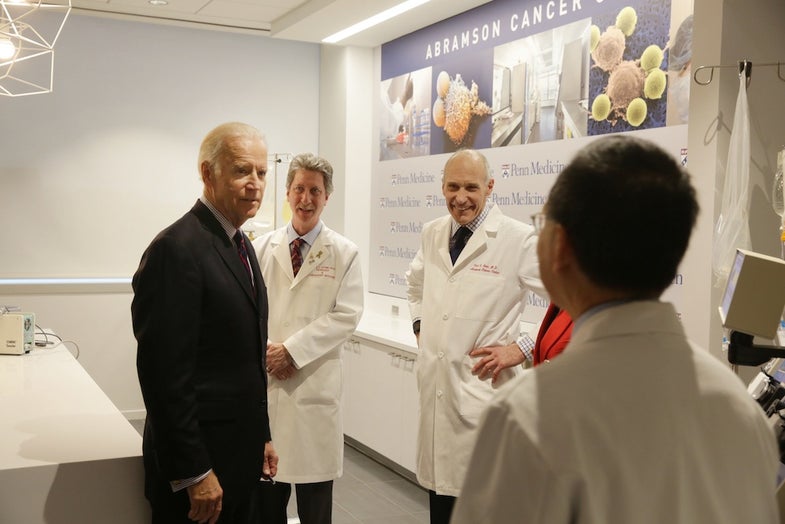 If you happen to have a scientific idea about cancer research, you can now share it on a portal run through whitehouse.gov.

The site is an outgrowth of the National Cancer Moonshot Initiative, a plan to speed up cancer research announced during this year’s State of the Union address on January 12. Vice President Joe Biden, whose son recently died of brain cancer, was charged with leading the effort.

You can send general ideas directly through whitehouse.gov, or send research ideas to the National Cancer Institute, which will be accepting them through June. It has eight domains you can contribute to, among them immunotherapy, data sharing, and tumor evolution. A panel of scientists and patient experts will report on what they’ve found in the submissions later this summer.