Now Live: The May 2013 Issue Of Popular Science Magazine

In 2007, my first year of working at Popular Science, we launched the Invention Awards, a celebration of dogged innovators... 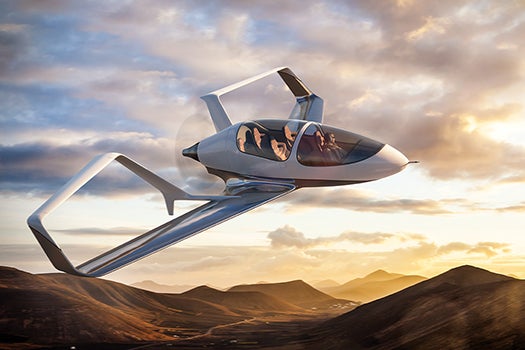 In 2007, my first year of working at Popular Science, we launched the Invention Awards, a celebration of dogged innovators everywhere, and gave one of the first to Leonard Duffy. His success until then had been limited to a cookbook stand, which sold for a time on QVC. Then, from his workshop in Vermont, he took a stab at updating the product that everyone wishes he or she had thought up: Velcro. His version, unflatteringly named the slidingly engaging fastener, was an interlocking patterned material that he used to make a breathable, waterproof replacement for a Velcro cast. We found him just as his material had won a NASA contest; today, it has evolved into 10 U.S. patents. I’ve always thought of him as the very model of what these awards are about.

You might think that our media-saturated,
app-based culture is doing away with the inventive instinct, but the opposite is true.Since 2007, the process and products of invention have changed. Materials and tools are cheaper and more sophisticated. Amateurs with a $2,000 3-D printer can produce the sorts of prototypes only professionals with access to a machine costing tens of thousands of dollars could have created 10 years ago. And an idea need not take a physical form to have a worldwide impact. Ubiquitous platforms like smartphones are making coders, not welders, the new inventors.

What’s perhaps most transformative, however, is that today the passion of an inventor, captured in a personal appeal on the Internet, can be more than enough to bring in the investment capital he or she needs to get something going, via crowdfunding sites such as Kickstarter, RocketHub, and Indiegogo. While you might think that our media-saturated, app-based culture is doing away with the inventive instinct, those sites have revealed that the opposite is true. People who could never before afford to invent something suddenly have the means to make it happen.

That last factor has caused us to expand our celebration of amateur achievement. Beyond the 10 innovators you’ll read about this month, we’re also putting out a call for 50 scientists, thinkers, and makers who want to achieve something important but lack the capital to do it. We’re going to give them a platform for soliciting seed money—a crowdgrant, we’re calling it—from you, our audience. The first step is finding worthy entrants. If you’re a bathtub geneticist, an amateur hydroelectric engineer, a weekend chemist, apply at popsci.com/crowdgrant for the chance to be one of the 50, and follow the #crowdgrant conversation on Twitter.

Go here to read the May issue of Popular Science.

This article originally appeared in the May 2013 issue of Popular Science.

from the editor
inventions
may 2013