It's the second video from Yellowstone in recent weeks. 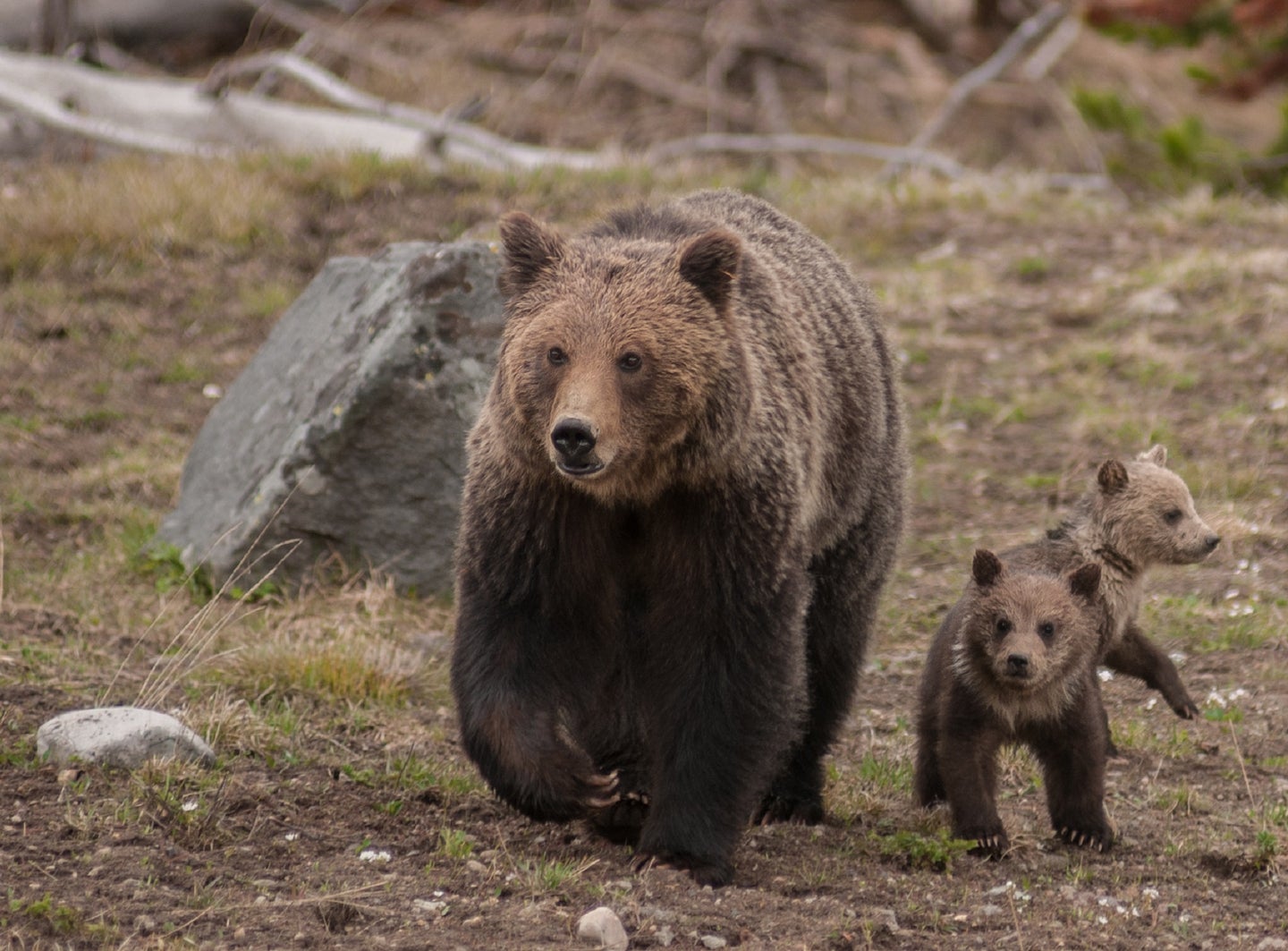 For the second time in a matter of weeks, a wolf in Yellowstone was seen—and videotaped—biting a big grizzly bear. The curious behavior is especially notable because it took place repeatedly in the span of several weeks. On September 4, a photographer and retired ecologist named Gary Gaston recorded the first video of a wolf chomping on a grizzly. That behavior seemed fairly straightforward; Gaston said there was likely an elk carcass nearby. Then, on September 10, Gaston captured yet another video of a wolf biting a grizzly. He suspects it was a different wolf and is sure that it was a different bear. Both videos were recorded at Yellowstone National Park. The first video took place at Crystal Creek near Slough Creek, while the second interaction occurred about 6 miles away in Lamar Valley.

“Several days ago, I posted a video of a wolf biting a grizzly near a carcass,” Gaston wrote in a Facebook post on a popular Yellowstone-themed Facebook page. “Today, this yearling wolf followed the grizzly for 3-4 minutes, then it began nipping the bear’s butt. Why? The bear was eating roots, and didn’t seem a threat. But the wolf seemed intent on chomping bear butt. [It’s] hard to figure out these silly wolves.”

In the video, the wolf doesn’t seem to be acting particularly aggressively, though the bear sure doesn’t seem happy to get its butt chomped on. The wolf bites the bear twice before the bruin turns and chases it briefly.

“We have observed this wolf behavior before, and it is not uncommon,” Linda Veress, a public affairs officer for Yellowstone National Park, told F&S when asked to respond to the most recent video. “It most often happens when there is a carcass present, and the wolf may be trying to harass the bear away in hopes of stealing a bite of food. This can happen any time of year.”

Yellowstone National Park is currently in the midst of a record-setting year of visitation. The Greater Yellowstone Ecosystem is home to an estimated 500 wolves and 700 grizzly bears.