4-Star Planets, Oceans On Mars, And Other Amazing Images Of The Week

Yes, we included the weasel riding the woodpecker 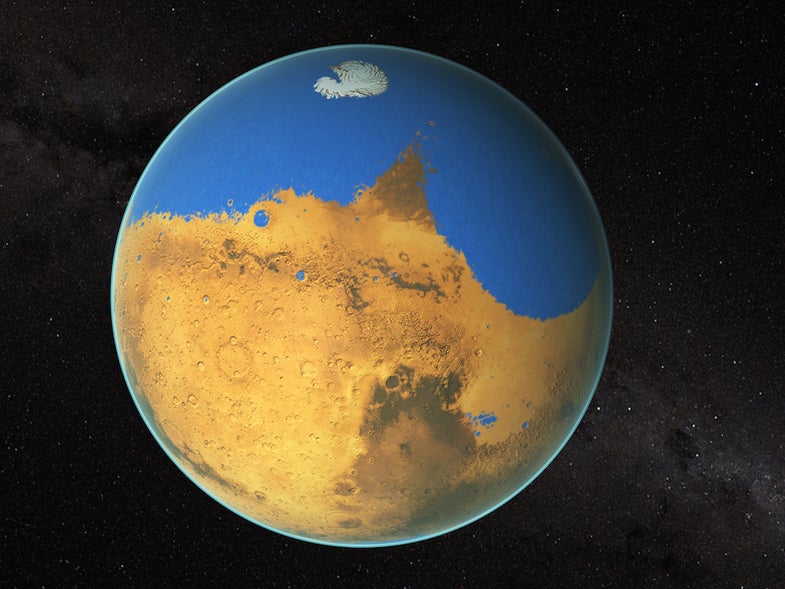 Scientists have been trying to find out more about the ancient oceans on Mars for years. Now, NASA has determined that the red planet once had a primitive ocean that may have been larger than Earth's Arctic Ocean, though it has since lost most of its water to space. NASA's Goddard Space Flight Center
SHARE 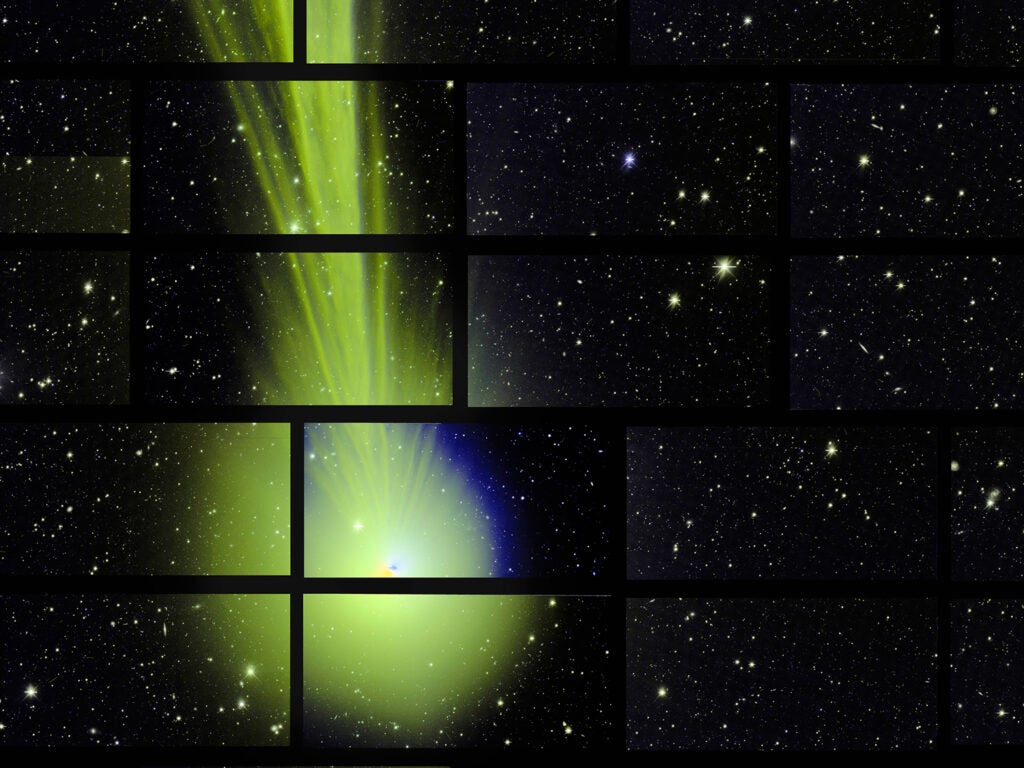 Fermilab used its Dark Energy Camera to compile this image of Comet Lovejoy. The comet passed pretty close to Earth in late December 2014 (when the photos were originally taken) and early January 2015. 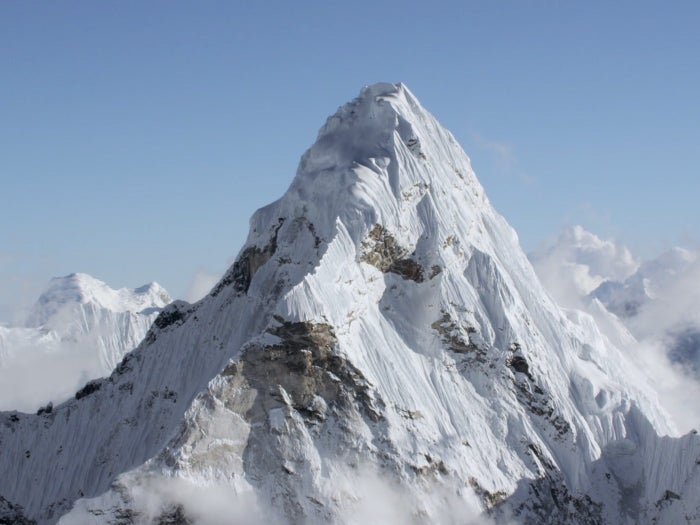 The Air Is Clear Up Here

A team of researchers has taken the clearest-ever photos of the Himalayas using an advanced gyro-stabilized camera system. They also made a breathtaking video, complete with notes to help you figure out what you’re looking at. 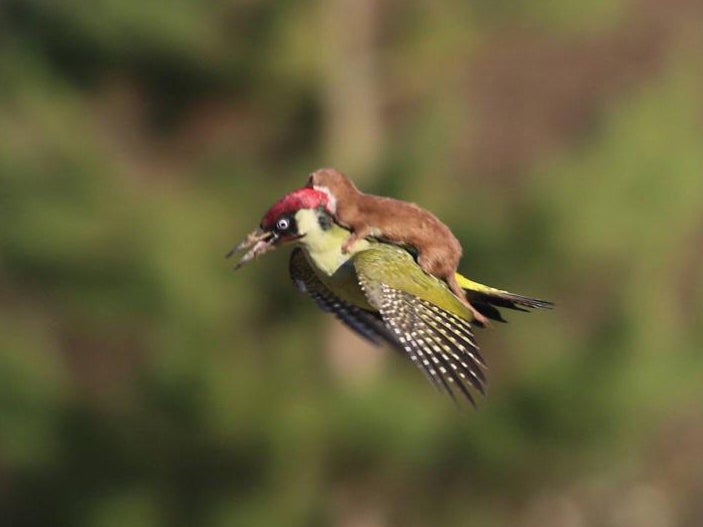 This picture of a weasel “riding” a woodpecker became an instantaneous Internet meme. The weasel was probably attacking the woodpecker, but it’s hard not to be amazed, regardless. 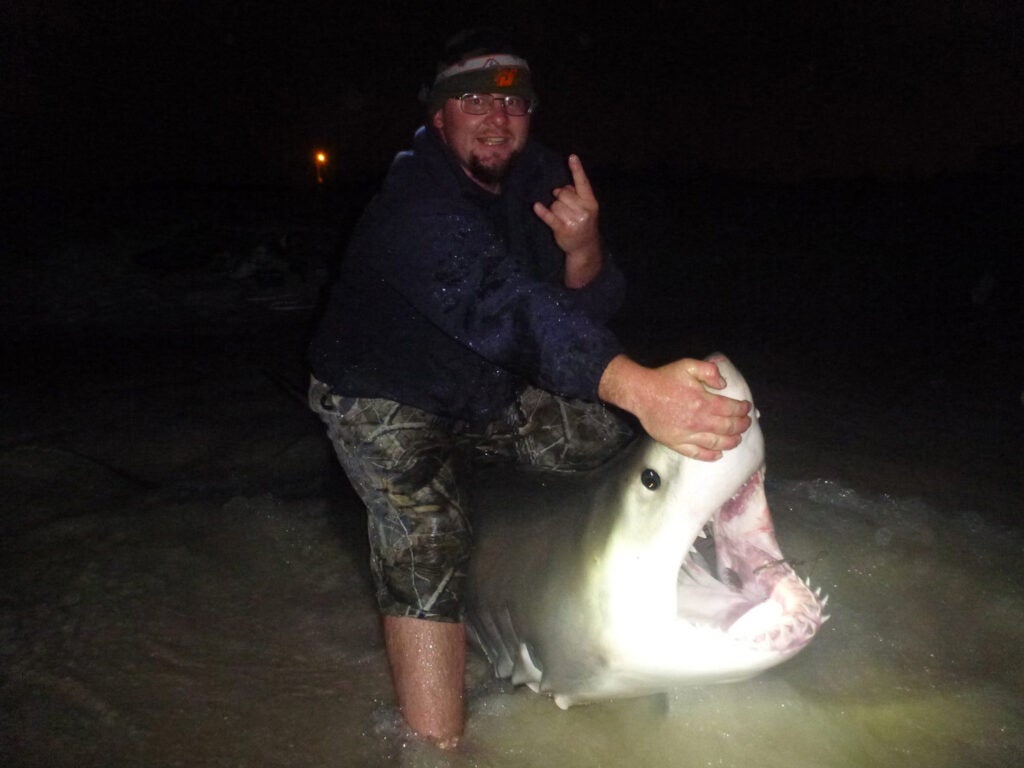 Fishermen at Panama City Beach in Florida captured a great white shark earlier this week, reportedly the first of its kind to be caught from land in the Gulf of Mexico. The men released the shark, but not before taking some celebratory pictures. 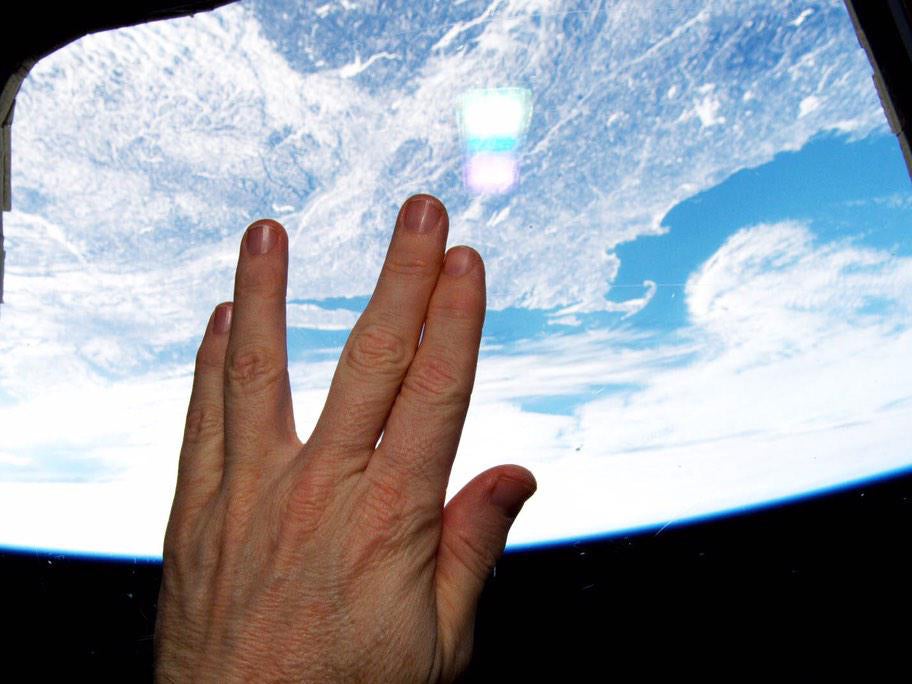 After Leonard Nimoy’s death this year, the world reacted with tributes and support for the science fiction icon. Astronaut Terry Virts posted this picture on Twitter from the International Space Station as it passed over Massachusetts, Nimoy’s birthplace. 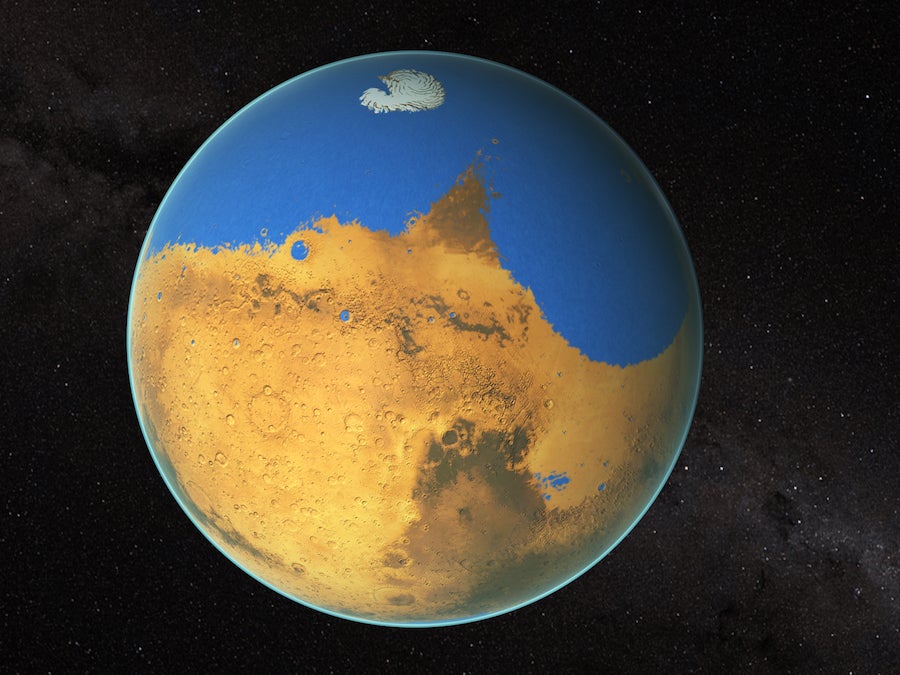 Scientists have been trying to find out more about the ancient oceans on Mars for years. Now, NASA has determined that the red planet once had a primitive ocean that may have been larger than Earth’s Arctic Ocean, though it has since lost most of its water to space. 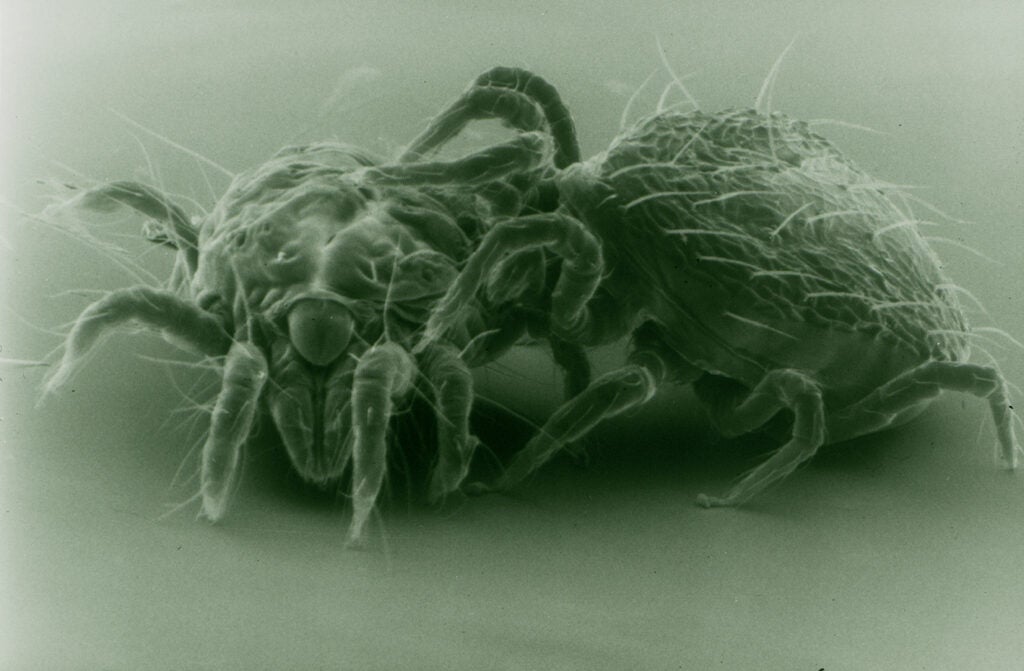 This is one mite-y battle. Captured using a scanning electron microscope, this image shows a spider mite being attacked by a predator mite, both of which are less than a millimeter tall. 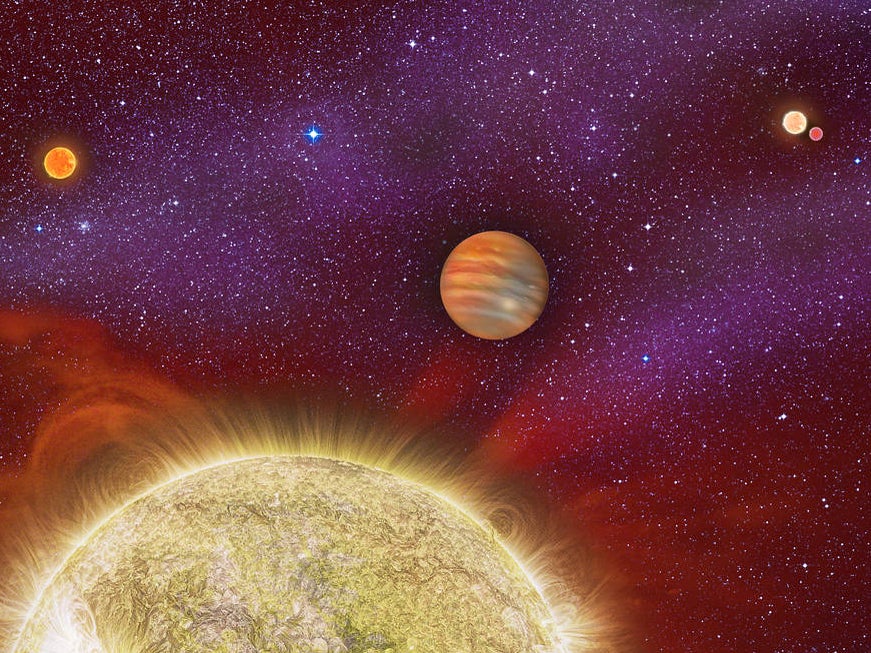 Some planets orbit multiple suns. Scientists thought the planets in the 30 Ari star system circle around three stars, but recently a fourth, smaller star was found. This is the second four-star system discovered so far, but NASA thinks they could be more common than astronomers once imagined. 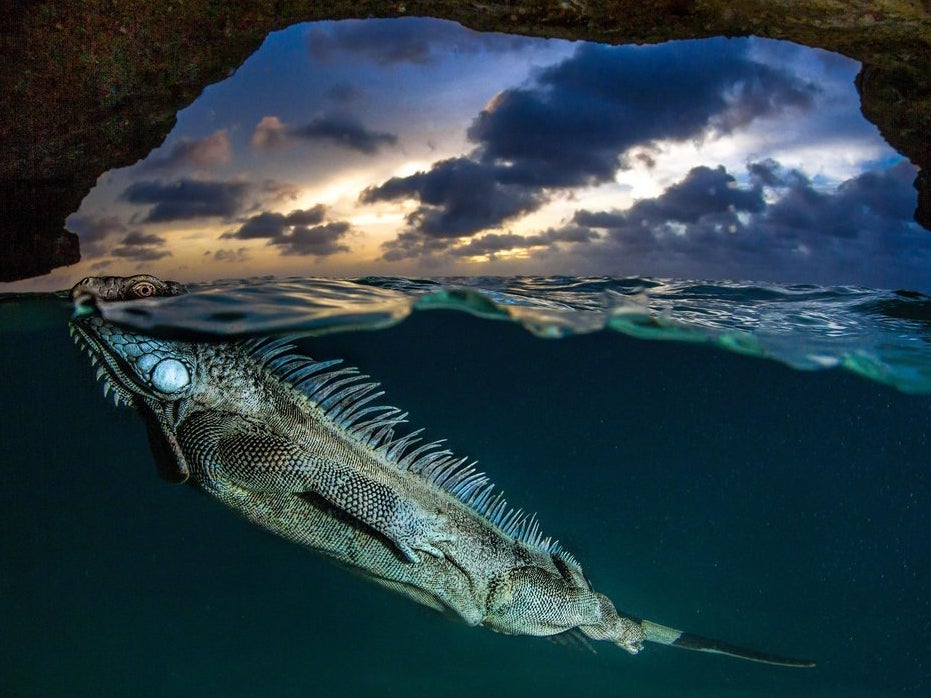 Smithsonian.com announced the finalists for its 2014 photo contest this week. This stunning shot of a green iguana coming up for air is a finalist in the Natural World category. 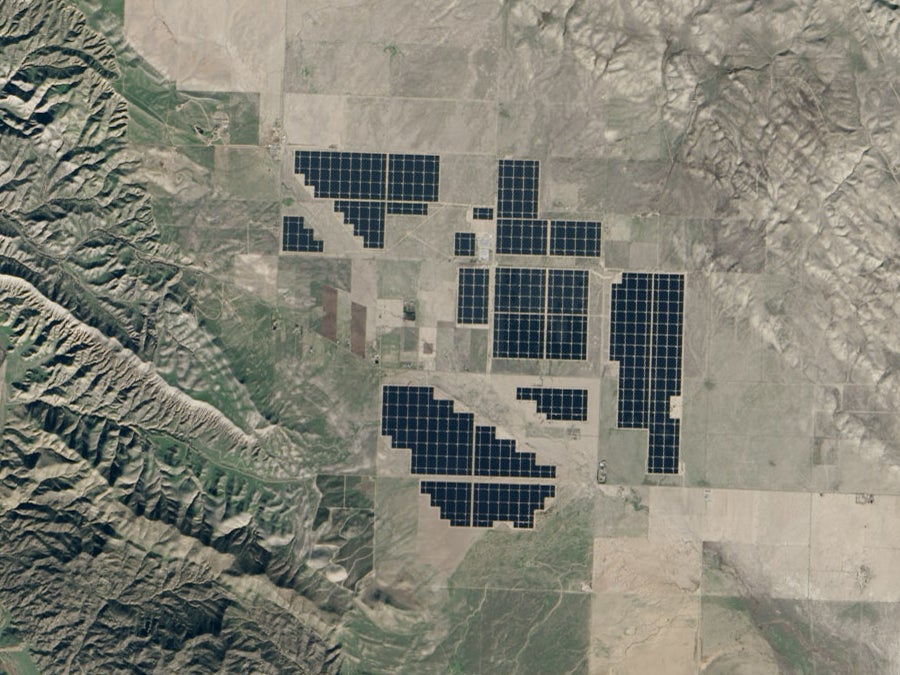 The Topaz Solar Farm in California wrapped up construction in February. It’s one of the largest power plants of its kind in the world, and from this aerial view, as Gizmodo notes, it looks like someone was playing Tetris from space.
galleries