The great artisans of nature 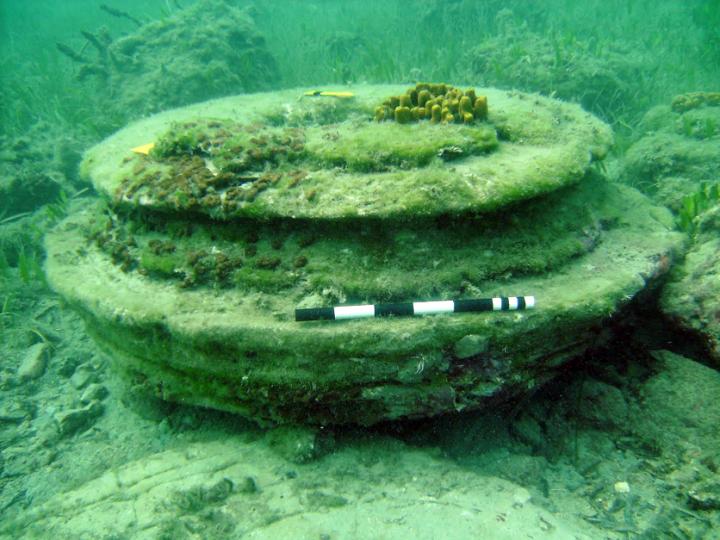 It may look like ancient Greek ruins, but the great artisans of this "column" were microbes Photo courtesy University of Athens
SHARE

Off the coast of the Greek island Zakynthos, an ancient “lost city” was discovered beneath the surface. There were paved floors, courtyards, column bases. But there was something strange about it: no one could find any of the artifacts that typically come with the ruins of a city—pottery, coins, things that indicates people lived there.

So, in what sounds like it could possibly be a diss to the ancient Greeks, the archaeologists first tried to decide whether the structure was Hellenic stonework. Turns out, the ruins were indeed ancient, but not made by humans. Instead, this “lost city” was created by microbes.

The New York Times reports that team of scientists from the University of Athens and the University of East Anglia determined this by using microscopy and x-rays to scan the mineral content. They found that these “columns” and “paved floors” were actually created as early as 5 million years ago by methane seeping from the sea floor, which microbes then helped to oxidize and form a type of dolomite cement known as concretion. While this phenomenon is rare in such shallow waters (the “ruins” were found about 7 to 15 feet below the surface), it’s a more common occurrence in deeper waters.

Can’t wait to see what other great works from history were actually created by microbes!