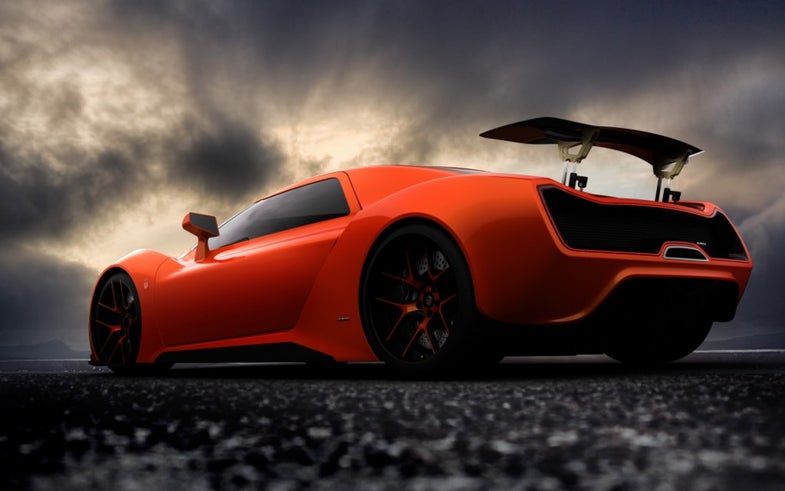 We have to admit that when we first heard about Californian supercar startup Trion and its plans for a 2,000-horsepower supercar, we were a little skeptical. In fact, we even called the car vaporware at the time.

Well, it’s been a little over a year since the company first announced plans for the Nemesis, and it looks to be still in business. In fact, it has just shown off a life-size model of its planned supercar to potential customers at a private event in California.

Alejandro Salomon, an owner of several supercars and the man behind YouTube channel Salomondrin, was in attendance and managed to take this video. He explains that Trion is planning multiple versions of the Nemesis, one of which will be a limited edition model whose $2.2 million price tag includes not only the car but a share of the company.

The other versions will be a standard Nemesis N1-RR priced from $1.6 million, and a tamer Nemesis N1-GT that will have a 1,400-hp output, a roofless design, and a correspondingly lower price tag.

All Nemesis variants will come with a twin-turbocharged V-8 engine, and the cars will also have all-wheel drive and an eight-speed sequential gearbox. Performance estimates include a 0-60 mph time of 2.8 seconds and a top speed in excess of 290 mph. No word if there are still plans for the previously announced “Predator” mode.