American Companies Could Help Build A European Village On The Moon 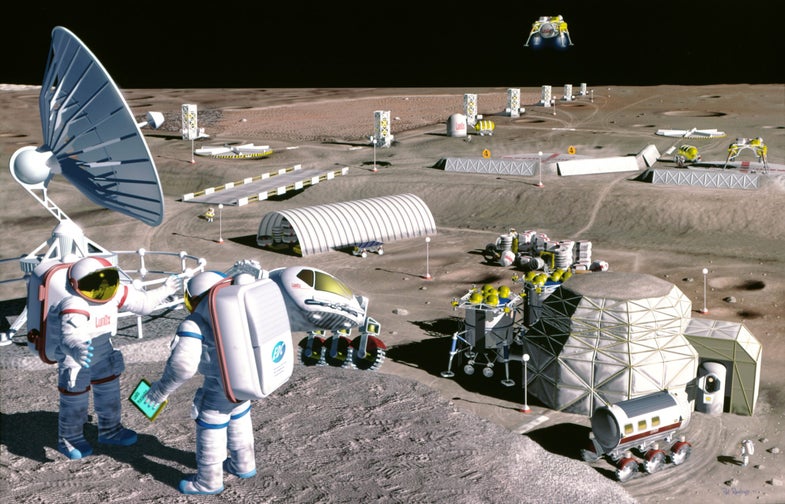 President Obama may not be interested in going back to the moon, but everyone else is. Russia is planning its first manned lunar missions. Private companies want to mine the moon to turn its water into rocket fuel. And the European Space Agency wants to set up a village there.

It’s worth noting that the ‘village’ would really just be a space habitat (no shops, churches, or town hall). Nevertheless, when ESA’s Johann-Dietrich Woerner announced his idea, he specified that “This moon village should mean partners from all over the world contributing to this community”. And it looks like American companies want a piece of that action. A Federal Aviation Administration advisory group has just voted for the FAA to step in and help facilitate American companies’ participation.

The committee voted unanimously for the FAA’s Office of Commercial Space Transportation to start talking to ESA about how U.S. companies can get involved. Much like the International Space Station, different countries and companies could be responsible for different elements of the colony, such as building parts of the structure or delivering cargo once the base is up and running.

As of yet, ESA doesn’t have a clear plan or dedicated funding to build the moon settlement, but they do seem open to having private companies participate.