The longer-lasting book reader will cost $290 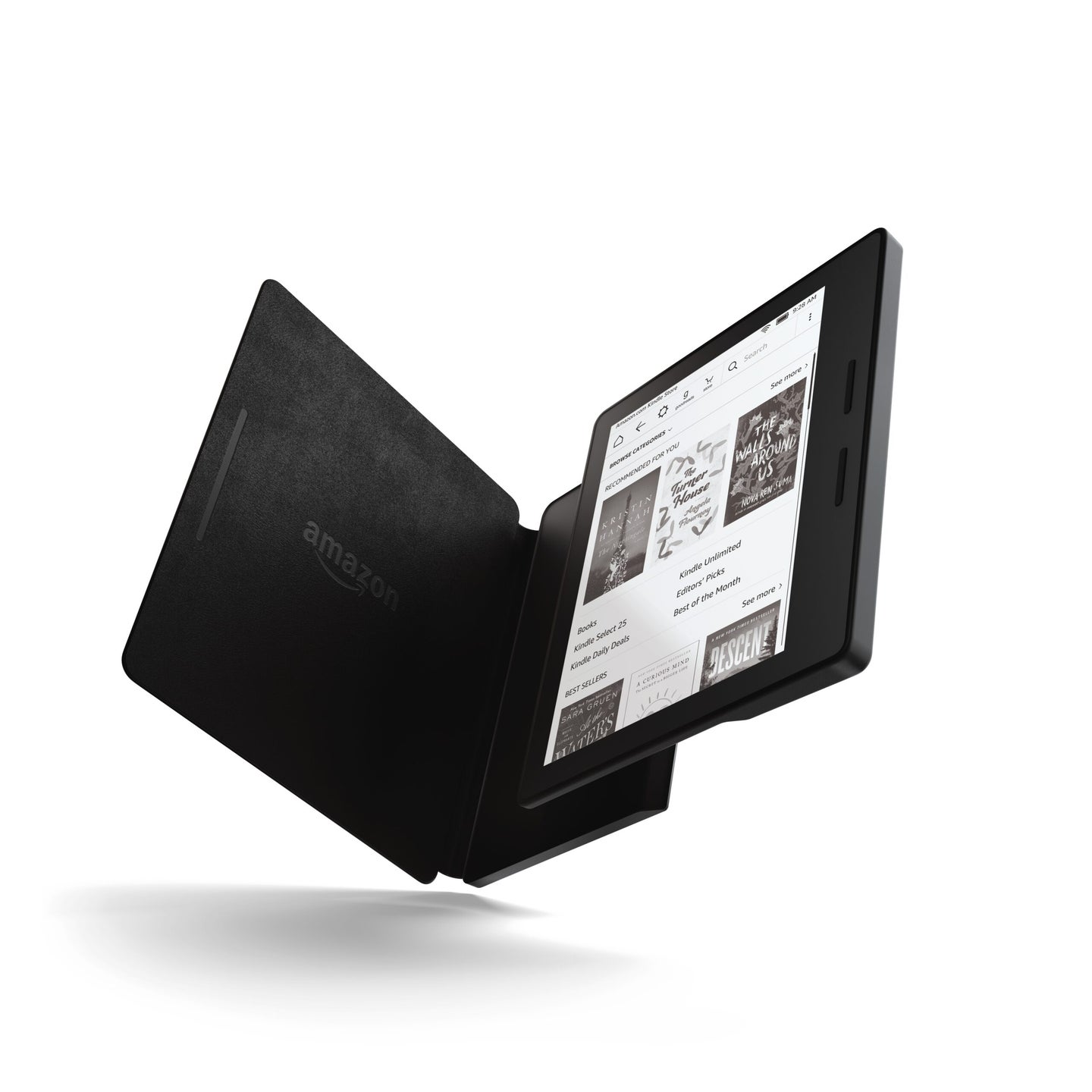 Each Oasis will ship with a battery cover that attaches via magnets, which according to Amazon, extends the battery life by over a month. Amazon
SHARE 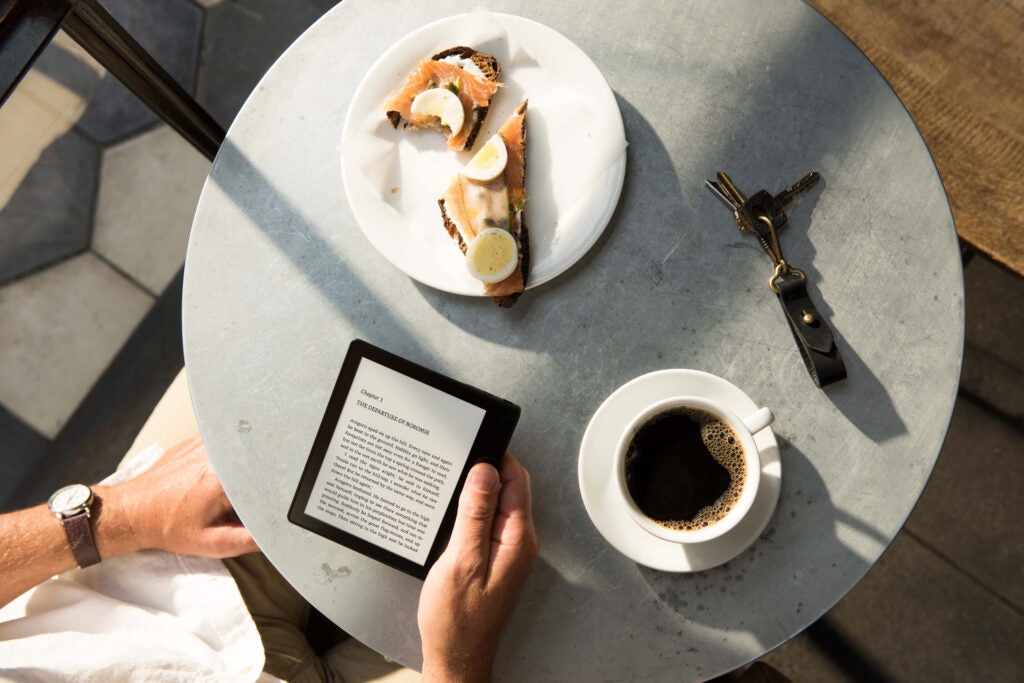 Today, Amazon lifted the veil off its new Kindle Oasis e-reader. Following up Amazon’s other e-ink readers on sale, the Paperwhite and Voyage, the Oasis arrives on April 27 as the company’s latest, most feature-filled e-reader.

The new Kindle Oasis changes the design that many Amazon buyers have grown used to over the years. While it’s not a stark change, the newest Kindle device extends the bezel on one side for easier one hand use. The bigger border also contains two buttons—one for turning the page forward and one for going back to previous pages.

Amazon says the Oasis is 20 percent lighter and 30 percent thinner on average than previous Kindles. It comes with a tapered design, with one edge being much thinner than the other to make it easier to hold–unless you attach the included case. 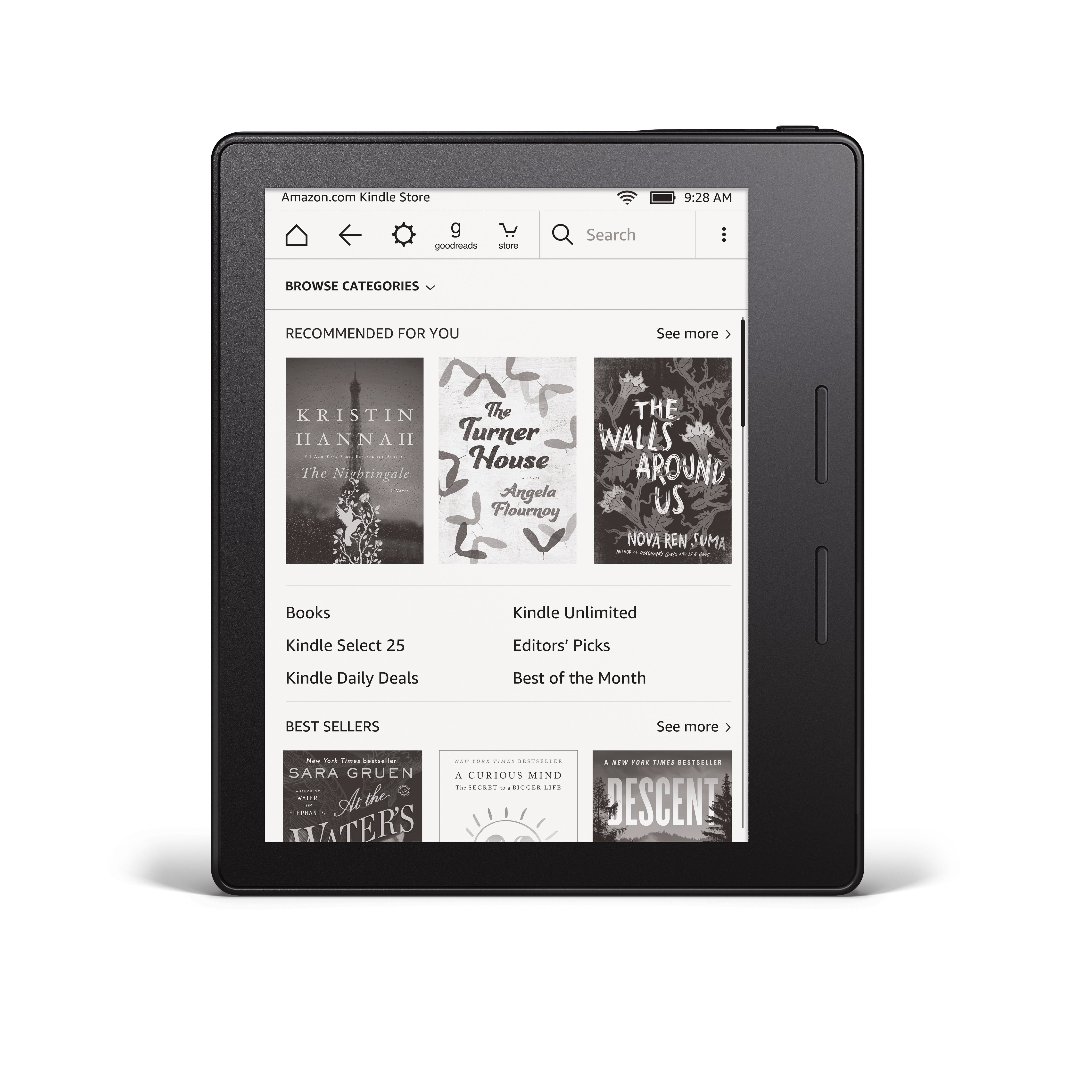 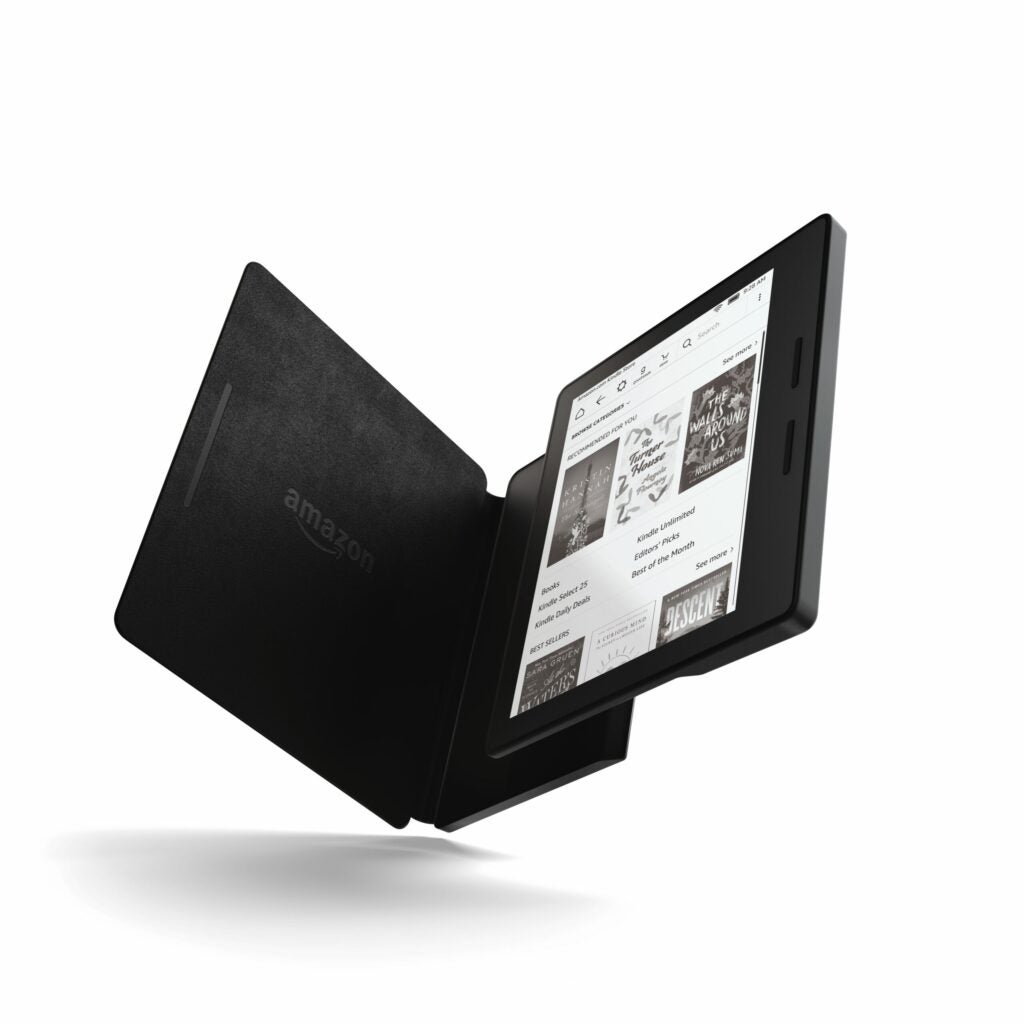 Each Oasis will ship with a battery cover that attaches via magnets, which according to Amazon, extends the battery life by over a month.

The primary battery offers a few weeks of use, but Amazon has also included a case that includes a second battery which extends the Kindle’s use to about two months. A set of 12 magnets keep the case opened or closed. Charging the case happens when the the cover is on the Oasis and is plugged in.

The larger side is where the device is meant to be. For those who are left-handed, or would prefer to switch sides, turning the device around to grab the screen with the other side rotates the images on screen. The built-in accelerometer allows users to switch sides with ease.

Amazon continues to tout the fact that the Kindle is not able to receive messages, events or other notifications that would distract you from the book at hand. And with a black-and-white screen, the easily distracted may have no choice but to read if they’re using Kindle’s Oasis or other e-readers.

The Kindle Oasis will be available in red, black, and walnut for $290 on April 27. 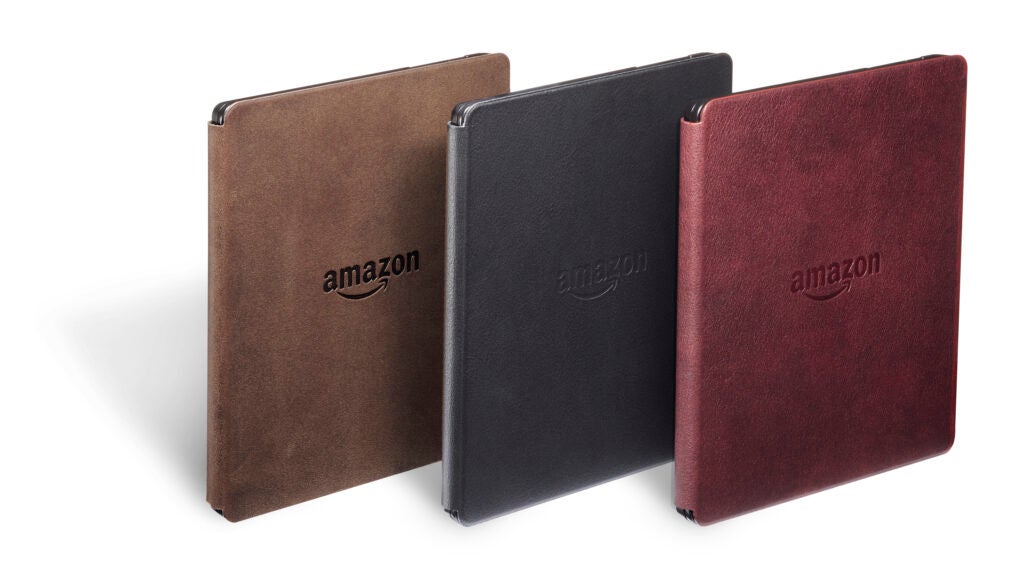