Amazon Will Open Hundreds Of Physical Bookstores, Or Are They Drone Stations? 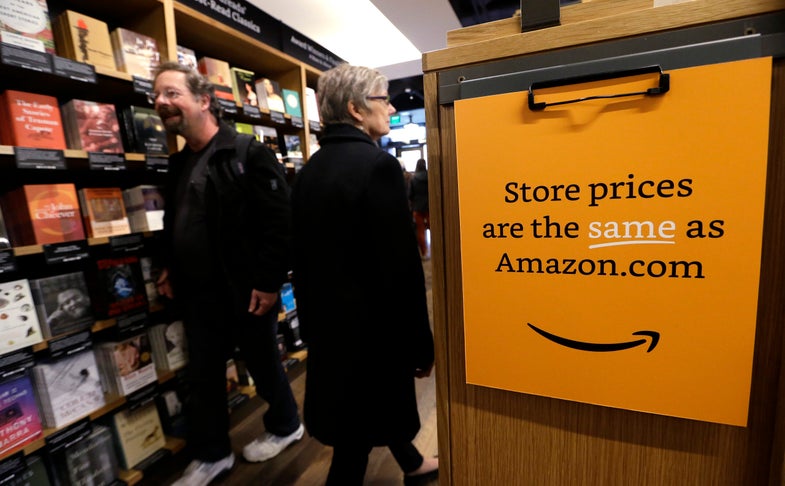 Amazon says its prices at the store will be the same as books sold online. AP Photo/Elaine Thompson
SHARE

Despite Jeff Bezos’ recent celestial achievements, it seems Amazon will still be investing in brick and mortar.

The e-commerce giant will be building 300-400 physical bookstores, according to Reuters UK, following its flagship Seattle store which was announced in November 2015.

At first, this move might seem like more than a few steps in the wrong direction. Remember Borders?

But on second glance, the move might not be what it seems. As we reported yesterday, Amazon Prime Air’s drone plans are seeing some movement in Europe. But, they would need places to launch from and recharge, especially in rural and suburban areas. The drones will need to be able to fly more 10 miles, carrying a package up to 5 lbs, and fly that distance in less than 30 mins. All this points to distributed infrastructure across the country.

Coincidence? Maybe, but probably not. After all, why would the leading seller of e-readers invest so heavily in a medium that contradicts one of their own products?

Update: As of February 3, 2016, CNBC has reported that the original source was not able to speak to Amazon’s plans. The author still believes Amazon will need drone infrastructure.