Amazon Will ‘Immediately’ Begin Testing Delivery Drones In The U.K.

Still waiting for laws to change in the United States 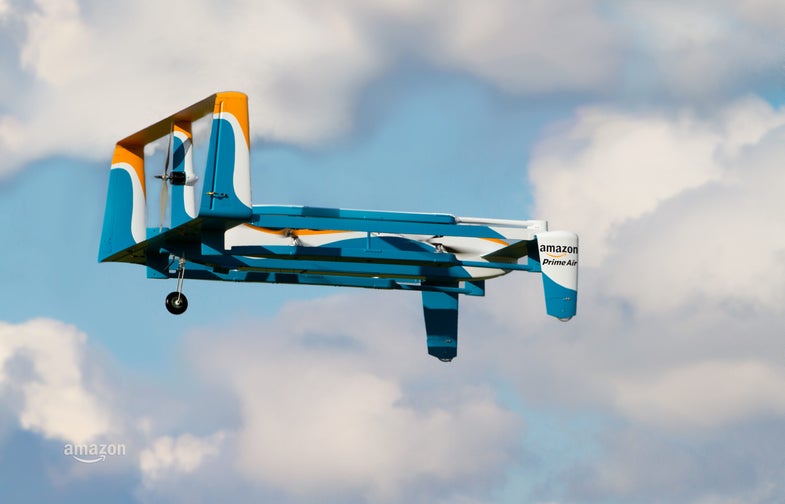 Amazon, the massive online retailer likely responsible for half of the things you accidentally ordered at 2 in the morning, wants to test delivery drones. They want to test delivery drones so badly, they made a concept video in December 2013, and rather than just doing a one-off stunt, they followed through, going through multiple versions of the drone and even patenting streetlamp drone recharging posts. The biggest obstacle to these drone tests? For Amazon, it might be the legal limits imposed by the FAA. So Amazon’s going abroad instead, partnering with the British government.

Amazon’s struggles with the FAA most famously came to a head in spring of 2015, when the FAA finally granted Amazon permission to test drones, as long as Amazon changed everything about how they wanted to fly them. Shortly after, Amazon responded that it had already decided to test its drones abroad instead, in Canada and Denmark. With the new UK partnership, they’re expanding on that promise.