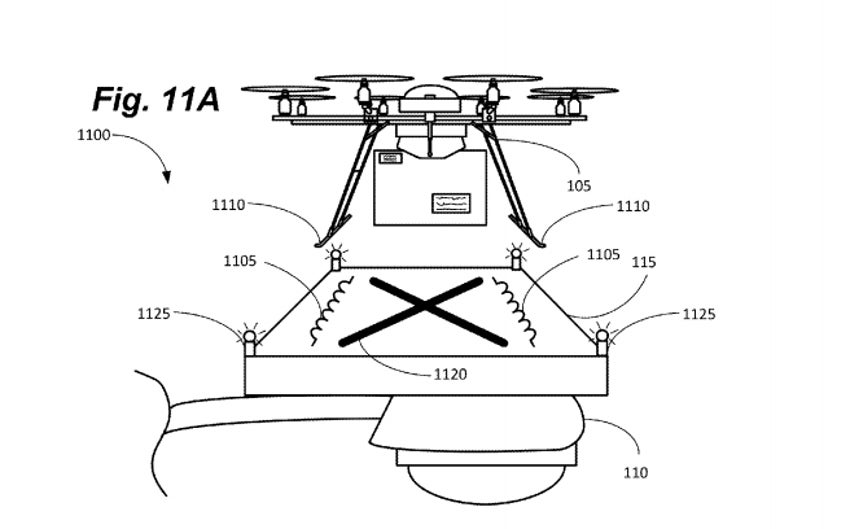 Drones are a short-range technology. Many of today’s all-electric small quadcopters can only fly for 20-minute bursts before needing to swap batteries or plug in again. To make delivery drones work, the drones will either need to fly only short distances, or they’ll need places to recharge along the way. For Amazon, which seems determined to lead the field in drone delivery, the answer might come from a recently approved patent: docking stations for drones, installed on existing streetlights.

Amazon envisions drones delivering packages, groceries, and mail, but they need more range to do so. To compensate for short drone ranges, Amazon wants a series of perches installed through cities. The perches will be built for a range of drones, and “could also be installed on other existing structures such as cell towers, church steeples, office buildings, parking decks, radio towers, telephone/electrical poles, and other vertical structures (collectively, “poles”)” according to the patent.

The patent isn’t just for a mere drone perch. No, this is a system of systems, so the stations will house drones, recharge them, facilitate cargo transfers between larger drones and smaller ones, and communicate with each other. Before a drone takes off from a station, it could calculate the distance to its destination, and then plot if it needs to dock again to recharge before delivering its cargo.

The patent, like many patents, doesn’t necessarily mean that a perch system will ever be put into place. Instead, it shows that Amazon is thinking about drone delivery in a holistic way, imagining and plotting the full steps needed to turn buzzing warehouse robots into functional mechanical postmen. The docking stations on streetlights is a good first step. Covering a skyscraper in drone landing pads in the logical and maybe inevitable conclusion.