The Fire TV Cube is just the latest in Amazon's huge collection of Alexa-enabled gadgets. 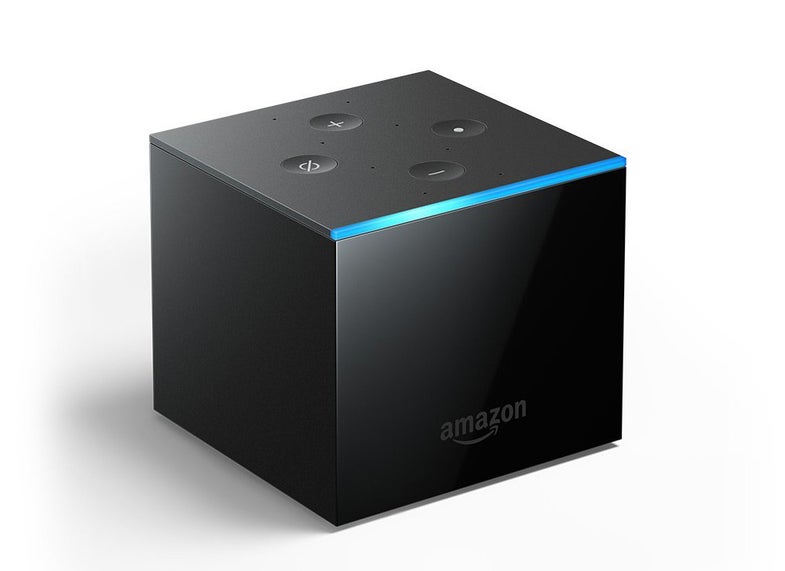 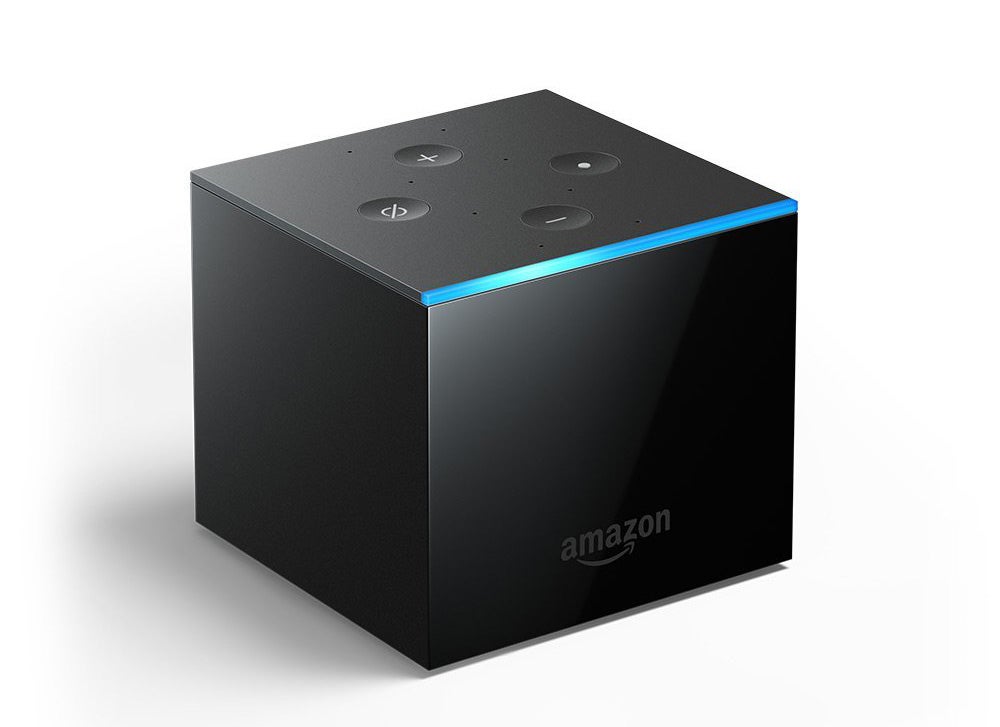 What’s inside the mysterious cube? Well, lots of stuff.

This morning, Amazon announced a new device called the Fire TV Cube. As you might expect, it has Alexa built in, just like the “tens of millions” of other devices made by Amazon and third-party manufacturers looking to grab hold of consumers increasingly smart homes.

The Fire TV Cube is an odd duck in the Amazon hardware lineup. Its primary function is as a set-top box streaming device like the Fire TV, Roku, and Apple TV. It brings Amazon’s operating system to the big screen (or any screen with an HDMI port, really) so users can stream popular services, like Netflix and Hulu and, of course, buy stuff from Amazon.

The differentiating feature is an array of infrared blasters, that allow it to act like a universal remote and control a collection of other devices that still require a physical remote control, like a DVD player or non-Wi-Fi TV.

Unlike a physical remote, however, the Fire TV Cube requires you to ask Alexa to perform your home theater task with your voice. You can shout to the Cube’s built-in microphones, or press the Alexa button on the Fire remote (which is the same one that comes with other Fire TV devices) and talk quietly. Whichever option you choose, however, you have to talk to give commands—you don’t get the typical array of buttons you’d get with a full universal remote.

In some ways, these commands are more versatile than buttons on a remote.. For instance, it can control cable boxes from some providers like Spectrum, which allows you to ask Alexa to do things like turn on AMC, change the volume, or open a specific streaming service like Hulu or Netflix.

This is a big step for Amazon’s Fire TV lineup because it’s the first time that an Amazon streaming device has a built-in speaker. It acts like an Echo, allowing you to interact with Alexa even when the TV is off.

Where does it fit into the Amazon Alexa lineup?

Amazon’s hardware offerings have grown increasingly complex lately, which can make picking the right device tricky. Here’s a quick breakdown of each Fire TV and Echo device to help you sort out which one you need. 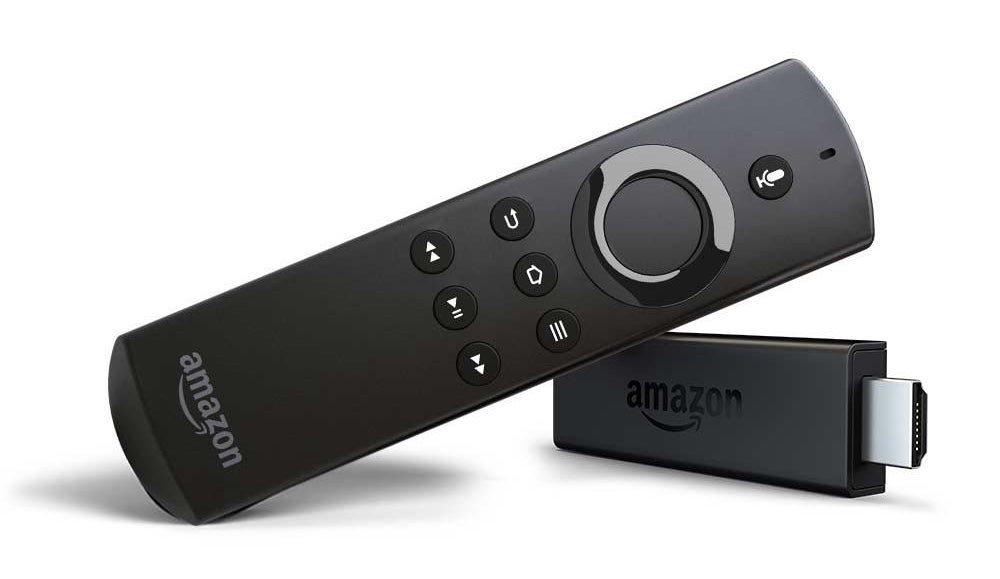 The smallest Amazon TV streaming device is shaped like a pack of gum.

Where does it go? In your luggage, so you can plug it into the hotel TV when traveling and not be stuck watching reality shows about moonshiners on basic cable.

The cheapest Fire TV you can buy is shaped like a pack of gum and plugs directly into a TV’s HDMI port. It can stream all the popular services, but it doesn’t do 4K or HDR. This is the one that you throw into your suitcase before a trip so you can sit and watch The Office on Netflix when you’re bored of vacationing. It has Alexa, but only through the remote; the stick itself doesn’t have a microphone. 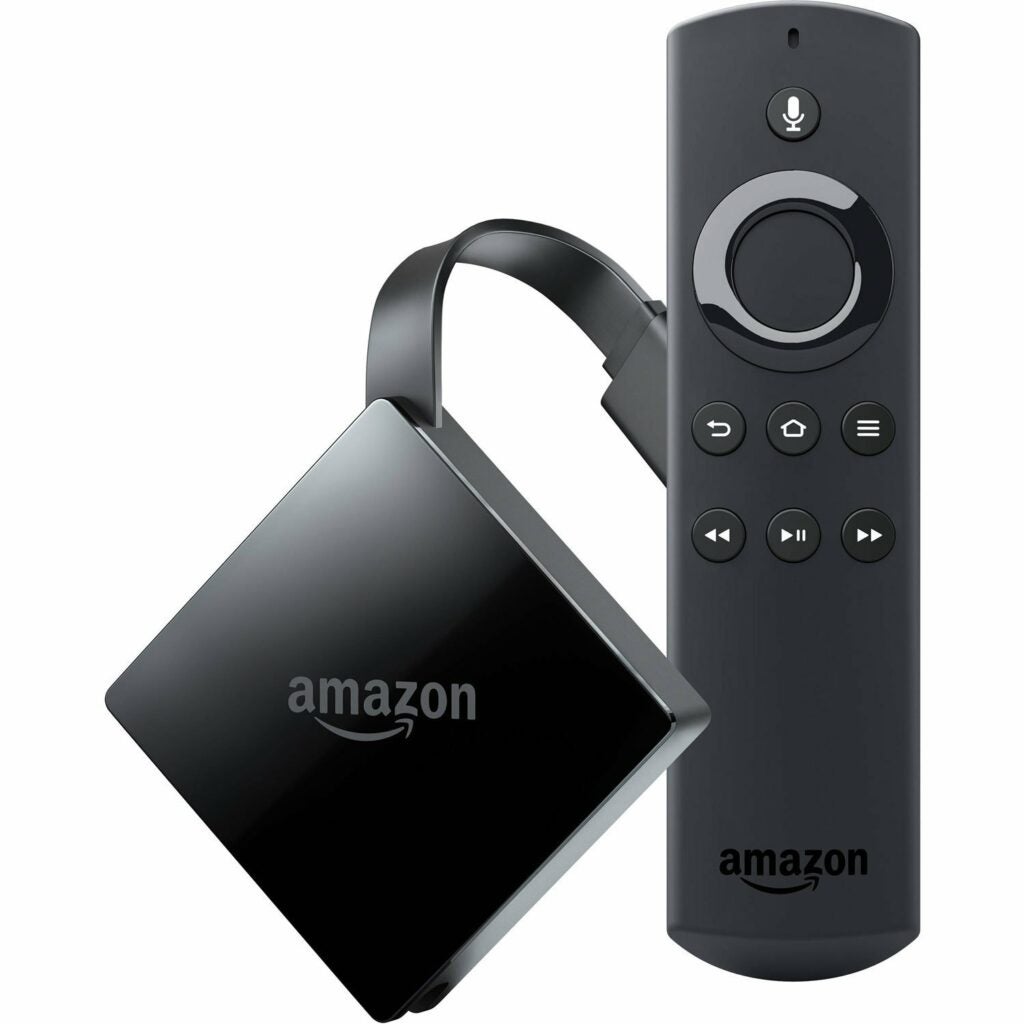 Where does it go? On the back of a secondary TV or your main screen if you don’t use a lot of other devices like DVD players and external speakers.

The middle-of-the-road Fire TV has a faster processor than the Fire TV Stick, which gives it the power to pump out 4K and HDR content. Other than that, its features are almost identical to its cheaper sibling, including the lack of microphone.

Where does it go? In your home entertainment system next to all the old set top boxes you refuse to get rid of.

The new flagship Fire TV device links all of your home theater gadgets together, including cable boxes, Blu-ray players, and soundbars. It streams 4K and HDR content, and it has an array of microphones so you can use Alexa by calling out to it. It also has twice the internal storage of the other Fire TV boxes. 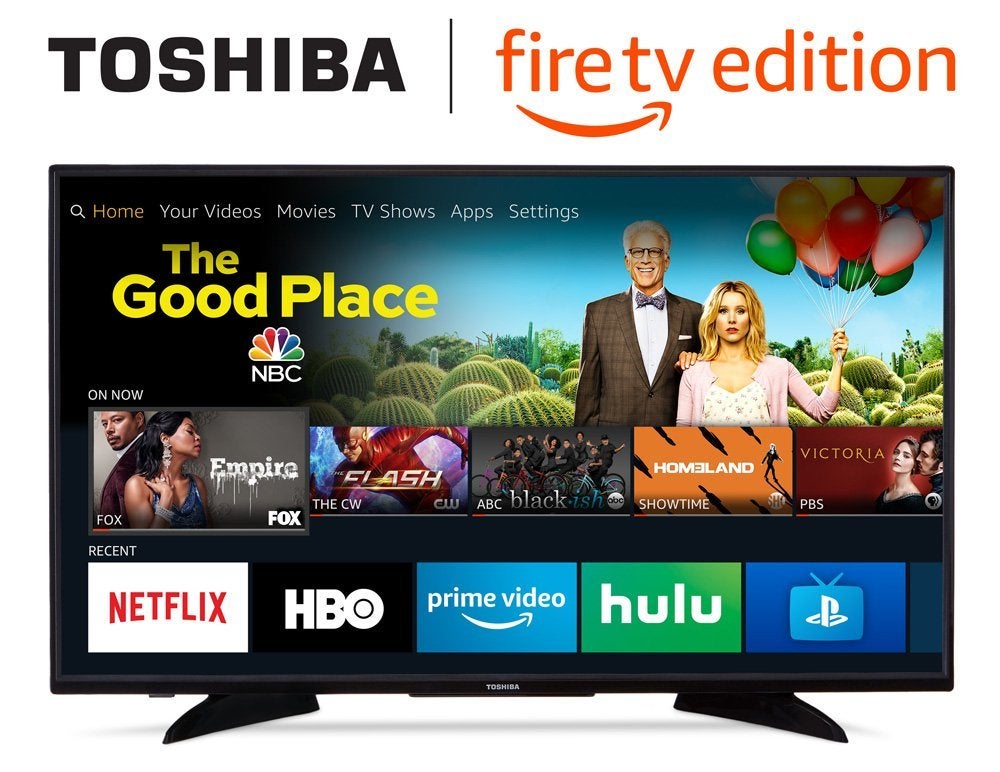 This is a full TV with the Fire OS built-in. You can get it at Best Buy before Amazon kills Best Buy.

Where does it go? These HDTVs have Amazon’s Fire platform built-in, so they can go anywhere you want an extra smart TV.

Many of the big manufacturers like Sony and LG make smart TVs that will take commands from Alexa, but these displays natively run the Fire TV OS with direct access to the digital assistant. This is part of Amazon’s partnership with Best Buy, which is helping the online retail giant creep into whatever is left of brick-and-mortar retail. 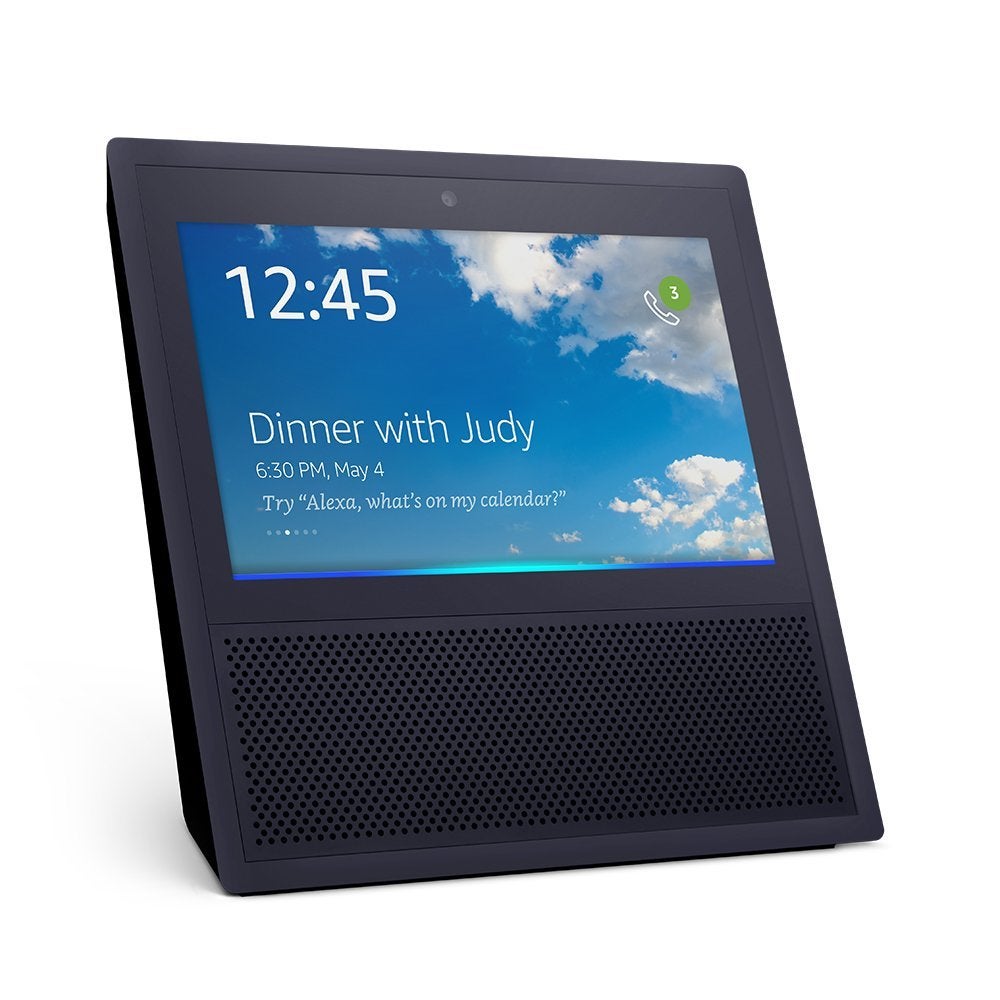 This 7-inch smart hub is like a miniature TV, only it’s smaller and you can’t really watch TV on it.

Where does it go? Wherever you’re cool with putting a camera in your house that could maybe see what you’re up to when you trigger it.

Echo Show isn’t part of the Fire TV system, but it does have Alexa and a screen, so it’s worth mentioning in this context. The display is only seven-inches and you don’t get the full breadth of app compatibility you’d get from a device with the full Fire OS. So, if you wanted to watch Hulu on a very tiny screen for some reason, you’re out of luck. This does, however, have a pair of stereo speakers, which makes it much better for audio than any of the dedicated Fire products, unless you’re routing them to a sound system.

The Echo Spot has a similar feature set to the Show, but it has a smaller, round screen that’s meant to provide information rather than consume any kind of video content. 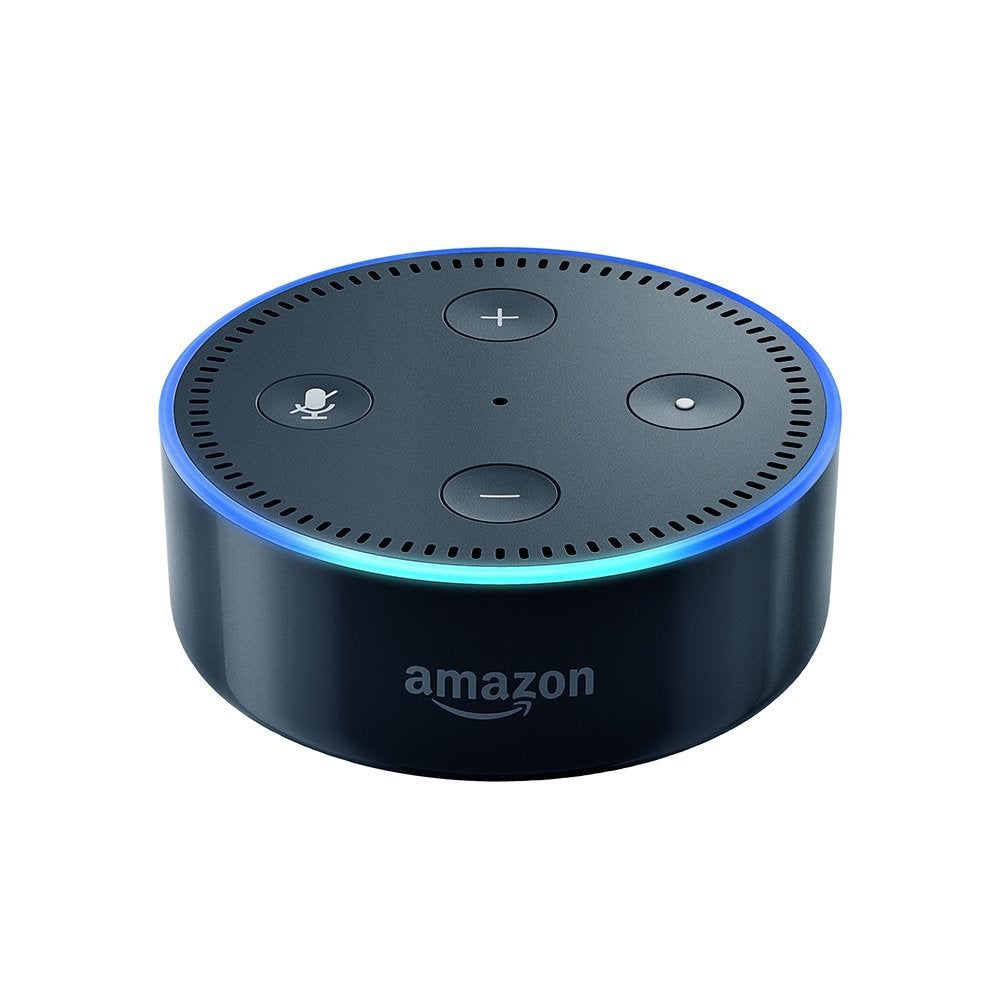 The best and cheapest way to get Alexa into your house is still the Dot.

Where does it go? Pretty much anywhere

Again, this is an Echo device and not a Fire TV, so it’s primarily designed for smart home control and converting speakers without Wi-Fi to Alexa. It’s $40, it’s versatile, and it’s the simplest way to get Alexa into your smart home. 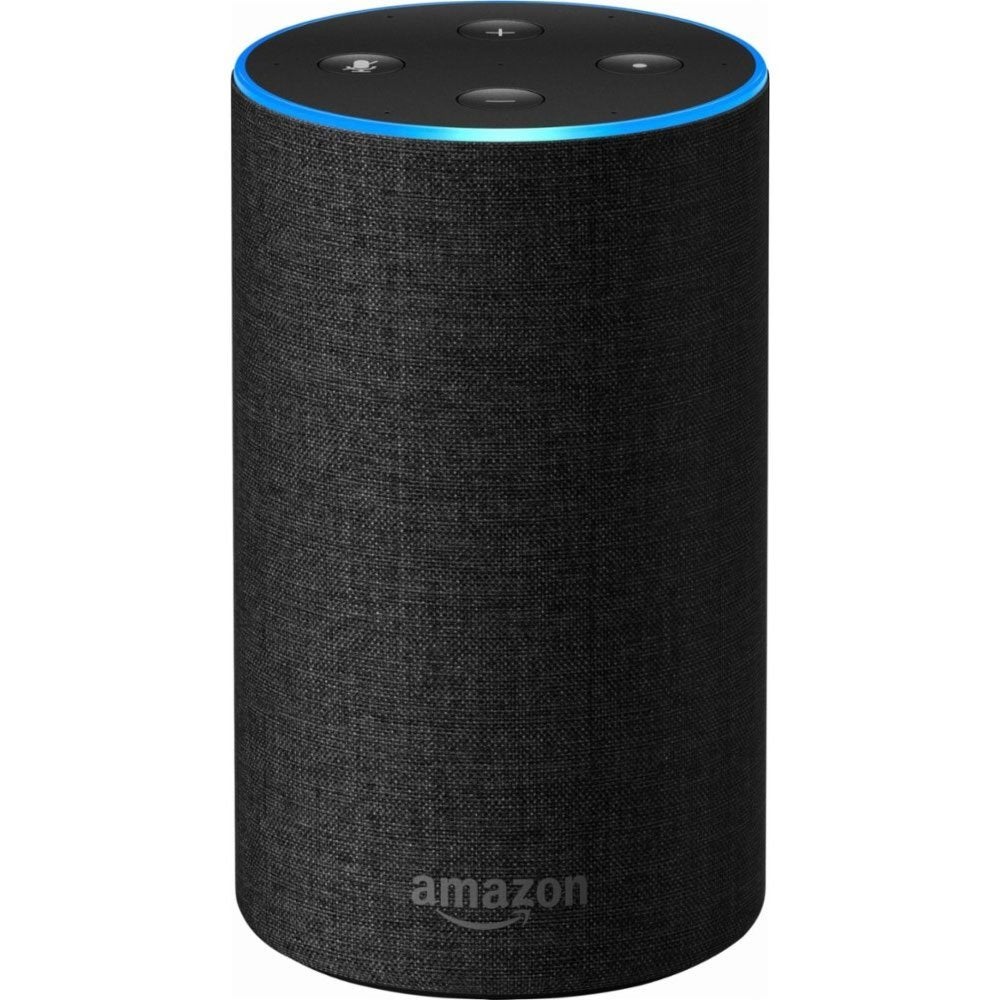 The most familiar home for Alexa is the original Echo speaker

**Where do they go? **When Sonos announced its new connected soundbar with Alexa yesterday, it claimed that Google and Amazon Echo speakers are competing for the kitchen and that’s a fairly accurate sentiment.

These stand-alone smart speakers from Amazon can play music from decent built-in speakers, and also dish out commands to connected smart home devices. These are the quintessential bottles that hold the Alexa genie.