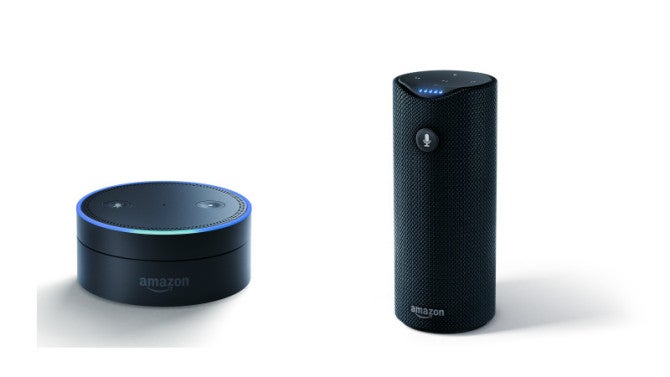 Apple has its iconic voice-activated virtual assistant Siri, while Google has Google Now, but Amazon beat both to the punch in offering a dedicated, stand-alone virtual assistant for your home in the form of the Amazon Echo, released last year. Now Jeff Bezos and company are expanding the Echo family with two new devices: the Echo Dot and the Amazon Tap.

All three devices make use of “Alexa,” the name Amazon gives to the voice of its personal assistant, which listens for your questions and can tell you everything from news headlines to weather updates and more useful information. 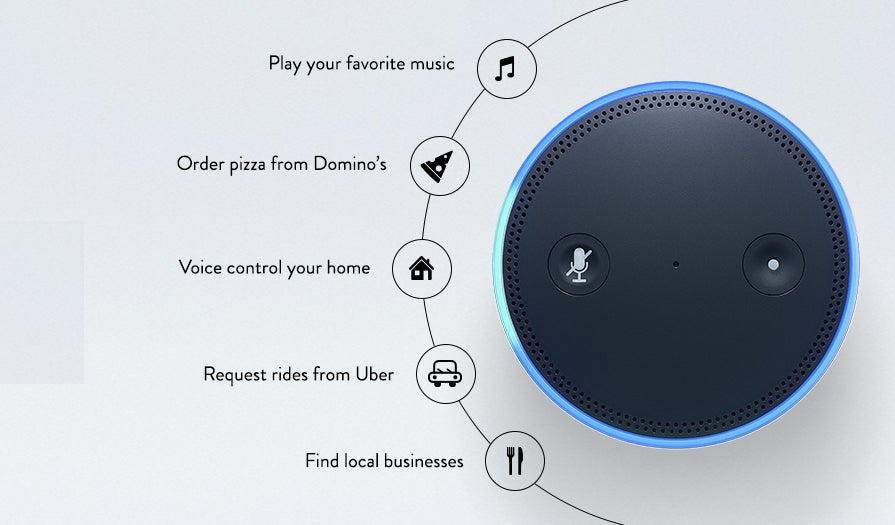 The Dot is the mini version of the regular Echo that users have had since November of 2014. But it includes a big new feature that the first Echo model doesn’t have: support for external speakers.

While the Echo offered premium sound quality for a device its size, it was unable to connect to other speakers you own via line out nor bluetooth. The Echo Dot is now able to do both. Users can even pair headphones to their Dot should you not want to disturb roommates or those around you.

The $89.99 price-tag of the puck-shaped Amazon Echo Dot is much easier on the wallet than the Echo proper’s admission fee of $180. For those not sold on a virtual assistant for their home, but would like to try it out, $100 off of the mini version should be appreciated.

While the Dot goes on sale today, it can only be ordered through the Amazon Echo by members of Amazon’s Prime subscription service. (Update: Here’s the link where anyone, Alexa user or not, can order the Dot) 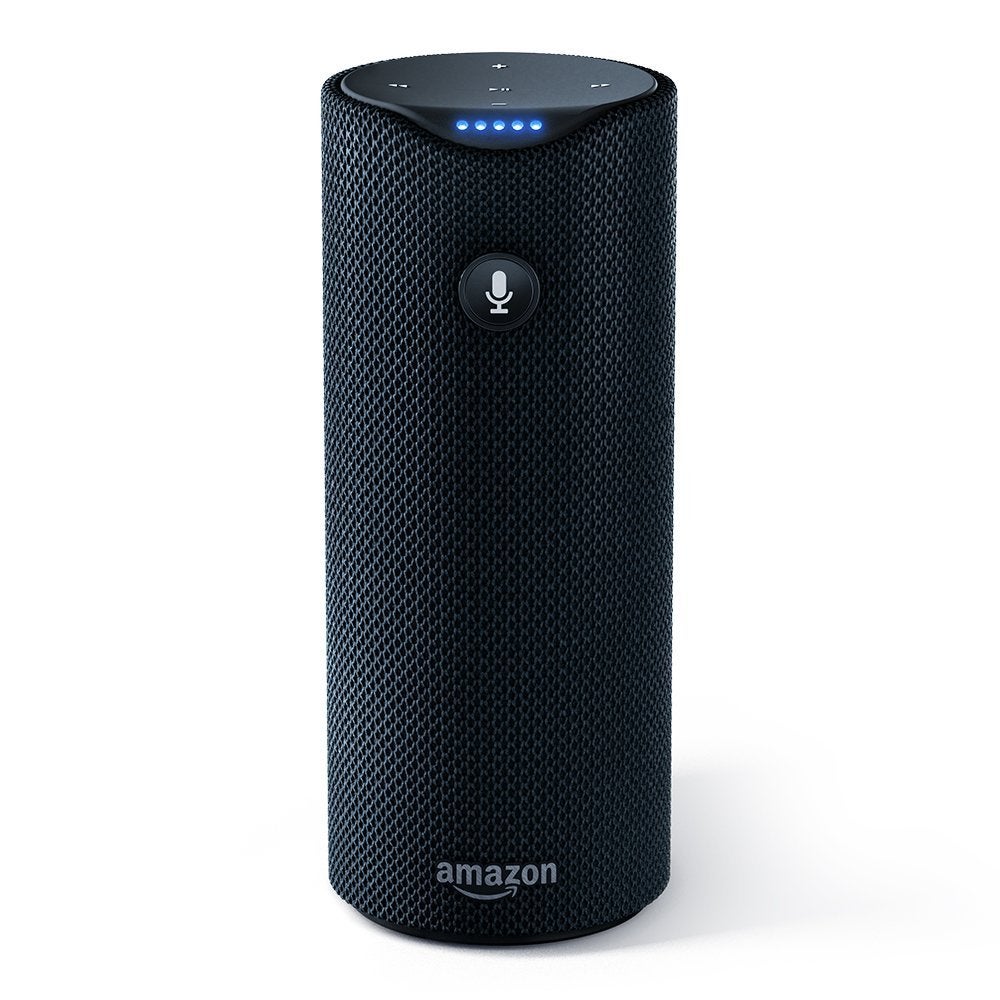 The Amazon Tap furthers the company’s embrace of the bluetooth standard. The Tap device is reminiscent of speakers like the Beats Pill or UE Boom, but comes with Alexa support.

Unlike the Echo Dot that allows users to call out to Alexa, the Tap requires you push a button to unearth Amazon’s assistant. Using Alexa will require that you connect the device to Wi-Fi as well.

Like the former two Echo devices, the Tap provides support for Spotify, Pandora, iHeartRadio, Amazon Music and TuneIn, but notably lacks support for Apple Music and Tidal (at least so far). The speaker’s battery lasts for 9 hours on a single charge, according to Amazon.

Along with the new features of Amazon’s Dot and Tap devices, the new voice-activated gadgets provide all the same functionality as their elder siblings. The ability to play music off of Spotify or Pandora, connect to Phillips Hue, summon Ubers and more are all available to every one of Echo users.

Most recently, Amazon announced coming support for Nest and Honeywell thermostats, controlled by voice via the Echo.

If the Amazon Echo wasn’t already an attractive proposition before, the addition of two new models, features, and price points should only further encourage people to give the voice assistant a try. We previously said the Echo was the first virtual assistant you’d actually want in your home, and the new models only appear to further make that case.