The next one isn't until 2033, so enjoy the pictures now 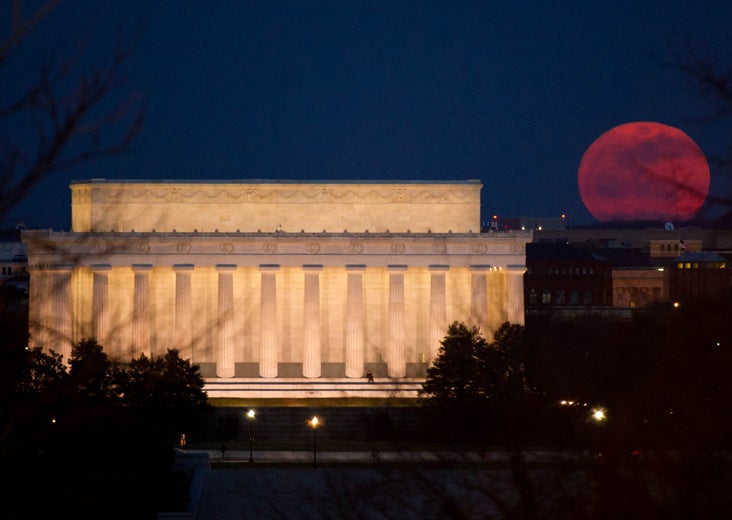 Remember last month's Super Blood Moon? Remember how awesome it looked (if you weren't in an area that was cloudy - more on that later)? Why not dress up as it and remind everyone to party hard since you won't be back until 2033? Wear an all black outfit, a red cape (because you're super) and carry around that red kickball you've had since middle school. If you were in a cloudy area, cover the ball with a white sheet so no one can see it. Or better yet, carry around a fog machine with you the whole night. Nothing makes a party spookier (read: more cloudy) than a fog machine...except maybe actual fog. NASA/Bill Ingalls
SHARE

It seems we successfully avoided the #superbloodmoon apocalypse! The world is still around after this rare lunar event that occurred last night, and we are left with a treasure trove of beautiful photos to peruse in the non-armageddon aftermath. The super blood moon is special because it’s three event happening at the same time: a full moon, a perigee (or super) moon, and a lunar eclipse. It’s the eclipse part that casts a deep red blush across the surface of the moon. Full moons and perigee moons happen every month, but not always together, and only very rarely with a simultaneous lunar eclipse. The last one was in 1982, and the next one won’t be until 2033.

People from all over the Internet posted photos of how the event looked from their location.

and from Newcastle, England:

From the Big Apple:

and from Dallas, Texas:

and the Pacific Northwest:

One photographer managed to add a fourth event to his photo – The International Space Station passing across the #superbloodmoon!