Delivering the airship of the past 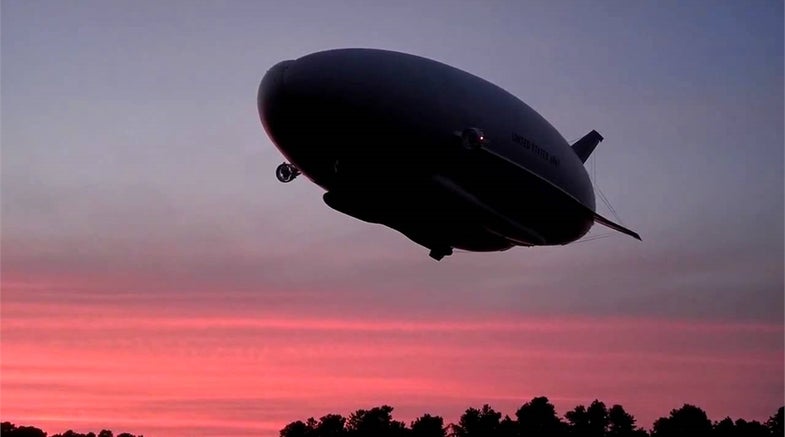 When the U.S. Army canceled the Airlander–a hybrid airship that borrows from both soft-bodied blimps and rigid-bodied zeppelin-style dirigibles–it looked like the dream of new airships for the 21st century went down with the funding. Then a curious thing happened: The plane stayed afloat. Thanks to crowdfunding site CrowdCube, 914 private investors just put $3,360,000 into Hybrid Air Vehicles, the company behind the hybrid.

Airlander has had a rocky development cycle. Developed as an Army surveillance tool for the war in Afghanistan, it looked super promising, and Popular Science included it in our Best of What’s New for both its efficiency and planned days-long endurance. The drawdown of war in Afghanistan deflated interest in the project. Development continued in the United Kingdom after America stopped funding it.

With support from the British government and other investors, the Airlander team launched a crowdfunding campaign. Unlike similar campaigns where people pledge at certain levels in exchange for T-shirts or early versions of a product, the contributions to Airlander are for a portion of the 5.79 percent of the company’s shares that they’re offering to the public. The campaign concludes in one day and is already at 107 percent of its original goal.

If there is to be a new age of dirigibles, Airlander will likely lead the way. It promises to carry up to 55 tons of cargo, and with human crew, it can, in theory, fly for several days at a time. The public funding is a good second wind, but earlier promised golden ages for airships have disappeared in smoke.