All the gear featured in our Time issue 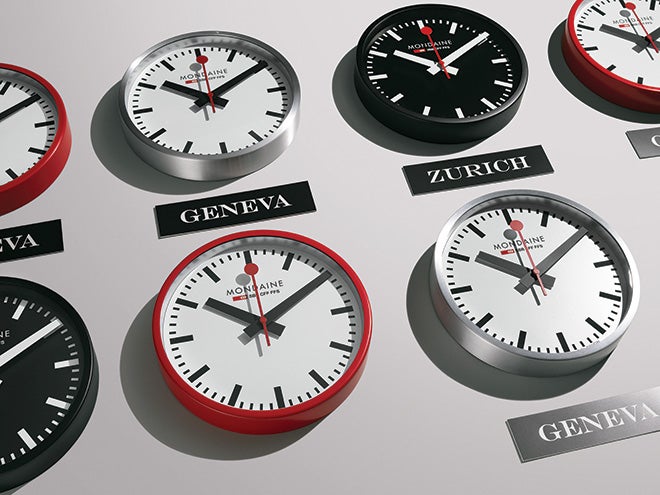 There’s an irony at the heart of the Swiss Federal Railways’ famously precise train-station clocks: Each second hand takes just 58.5 ticks to move around the dial. When the paddle-shaped tip gets to the top, it pauses for 1.5 seconds. This trademark quirk began in the 1940s, when engineer Hans Hilfiker pondered how to synchronize the clocks across stations to keep the system free of delays.

His solution: Make each clock simply display the time rather than counting for itself. Minute hands received their cues from a “mother clock” in Zurich via telephone lines, but second hands still moved on their own. Trouble was, their motors ran too fast. So Hilfiker inserted a peg in each clock that stopped the second hand when it got to the top, then retracted when the minute hand received its signal to jump forward.

These Mondaine wall clocks are stylized re-creations of the famous Swiss tickers, but they use a standard battery-powered quartz movement to stay on time—without the need for a master clock to boss them around. $172.