Are Those Really Alien Megastructures? How Astronomers Plan To Investigate

There's something weird happening around a faraway star. 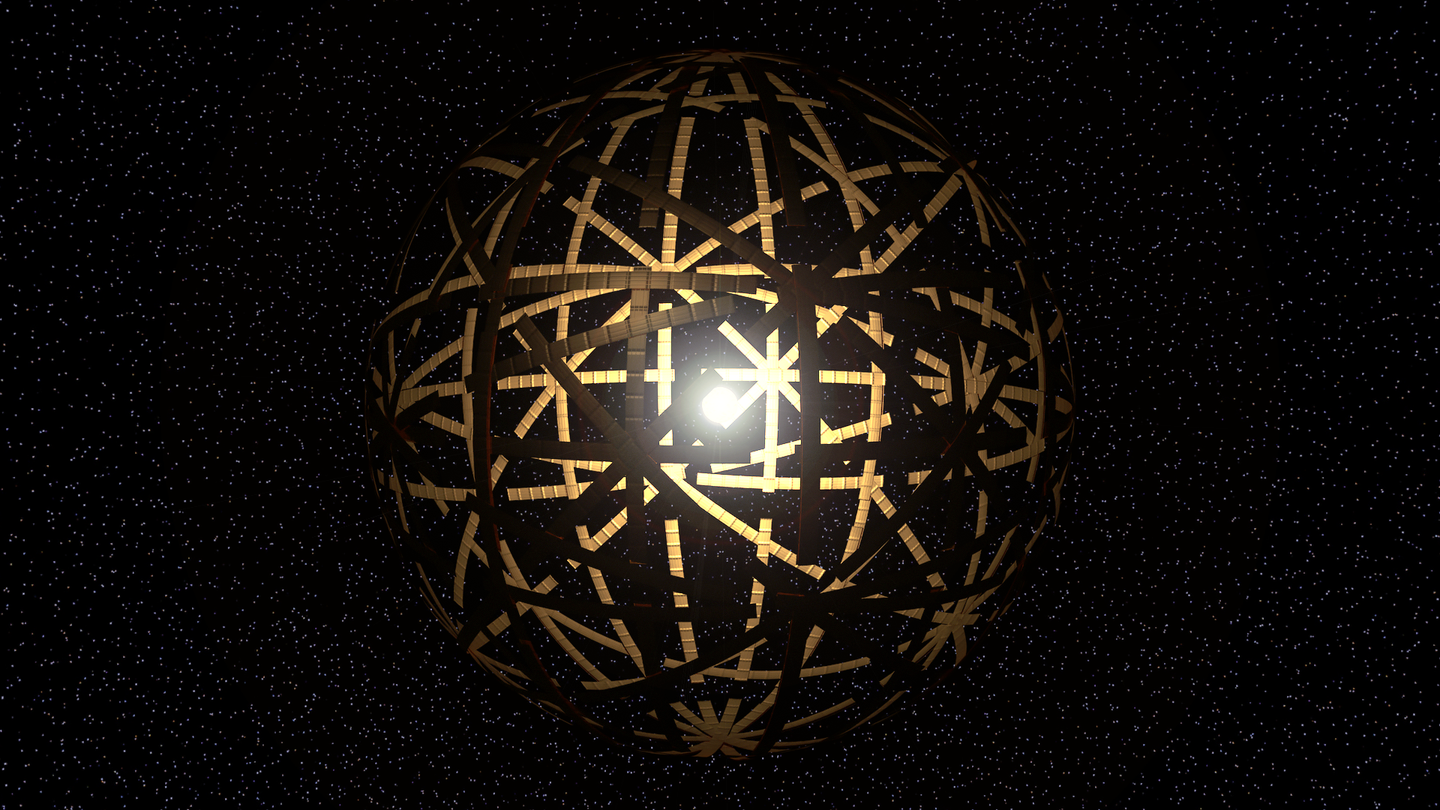 All everyone has been talking about the last few weeks are the potential alien megastructures circling a star named KIC 8462852. Since no one knows what these supposed structures look like, you can do just about anything you want and tell people it's alien. You can even wear a mask or paint your face to look like something not from this world. Kevin Gill via Flickr CC By SA 2.0
SHARE 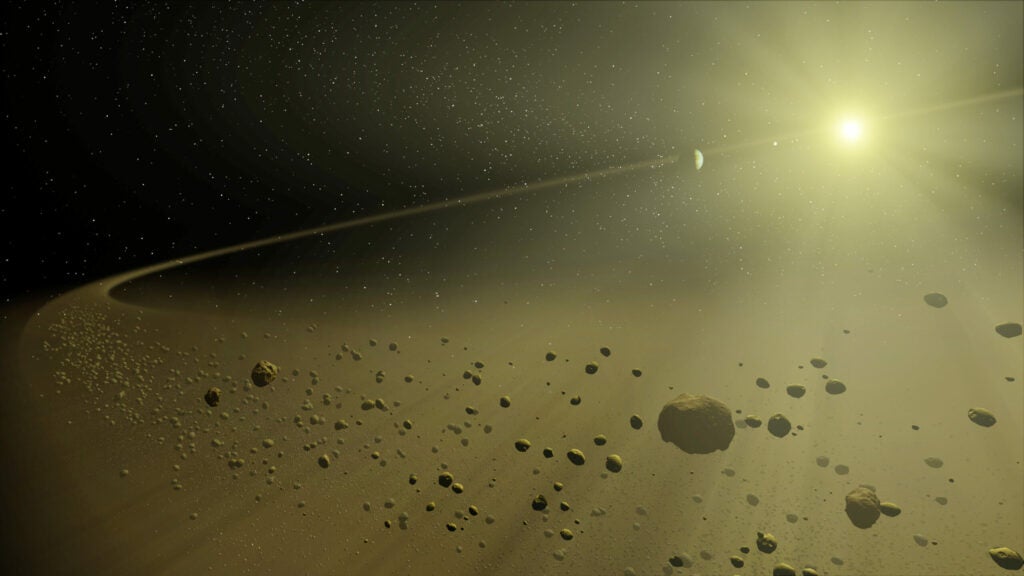 Artist’s concept of rock and dust orbiting a star

Skywatchers have noticed something “bizarre” in the data from the planet-hunting Kepler telescope. Located 1,480 light-years away, a star named KIC 8462852 has something big circling around it, and it’s not a planet.

Usually when a planet passes in front of a star, it dims the star’s light for a few hours or days, then disappears and returns again after completing its yearly revolution around its sun. But this particular star’s light has dimmed for up to 80 days at a time, and at irregular intervals. That’s no planet.

Nor is it likely to be a clot of dust and rocks. Those sorts of debris disks are only known to occur around young stars, and this star is not a young ‘un. Plus, debris usually gives off extra infrared radiation, which is not the case here. The data has been validated by the Kepler team, and the telescope was functioning fine when it collected the data.

Perhaps the star’s light is being blocked by huge pieces of alien architecture.

That leaves just a few possible explanations. One is that perhaps a wandering star pulled foreign comets into orbit around the star. Such a phenomenon is probably rare. “It’s a bit of a stretch,” says Andrew Siemion, a scientist with Berkeley’s SETI center. The mysterious object(s) are blocking up to 20 percent of the star’s light, which is much, much more than even a Jupiter-sized planet would block.

Siemion and two other astronomers have suggested an alternate explanation that may be even less likely than comets, but still very intriguing: Perhaps the star’s light is being blocked by huge pieces of alien architecture.

As far as we know, life may have only evolved once in the universe. We have just one case study, which doesn’t tell us much about what it takes to create life from nothing, or how often that might happen on other worlds.

Suppose life did arise elsewhere. What are the chances it would evolve into technologically advanced, intelligent beings? In 1961, the astronomer Francis Drake wrote an equation to help estimate the number of intelligent civilizations in the Milky Way.

Most of the variables can’t be filled in–it’s a thought experiment more than anything–but it shows the chances of developing intelligent life are probably slim.

However, now that the Kepler telescope has discovered more than 1,000 planets around other stars, scientists calculate that there are probably billions of planets in our galaxy. Even if intelligent life is an extremely rare event, the sheer multitude of worlds provides a multitude of opportunities for nature to roll the dice.

As civilizations become more technologically advanced, they become hungrier for energy. The physicist Freeman Dyson hypothesized that eventually, alien civilizations could become so advanced that they would need to harness all the energy from a star, perhaps sheathing the entire star in solar collectors. Some scientists think that looking for these so-called Dyson spheres could lead us to intelligent extraterrestrials. All everyone has been talking about the last few weeks are the potential alien megastructures circling a star named KIC 8462852. Since no one knows what these supposed structures look like, you can do just about anything you want and tell people it’s alien. You can even wear a mask or paint your face to look like something not from this world.

Other forms of the concept include Dyson swarms, which instead of enclosing the entire star in solar collectors would instead encircle it in one or a few orbits. This kind of structure wouldn’t block as huge of a percentage of the star’s light.

Siemion and his colleagues Jason Wright and Tabetha Boyajian think there’s a chance that a structure like that could be blocking the light from KIC 8462852. And it wouldn’t necessarily have to be solar panels either, says Wright. If there’s a structure there, it could be a telescope or some sort of habitation.

NASA astrobiologist Chris McKay says the hypothesis “sure sounds interesting and should be followed up,” though he adds the caveat that he doesn’t study stars or extraterrestrial intelligence.

To test their hypothesis, the team hopes to listen for the tell-tale signs of life around KIC 8462852. They’ve applied for time on the Green Bank Telescope in West Virginia. They’ll be competing with other scientists who want to use the giant telescope to answer other research questions. If their application is selected, next year the team will point the telescope’s 100-meter dish toward KIC 8462852 and scan the radio signals emitting from that region. 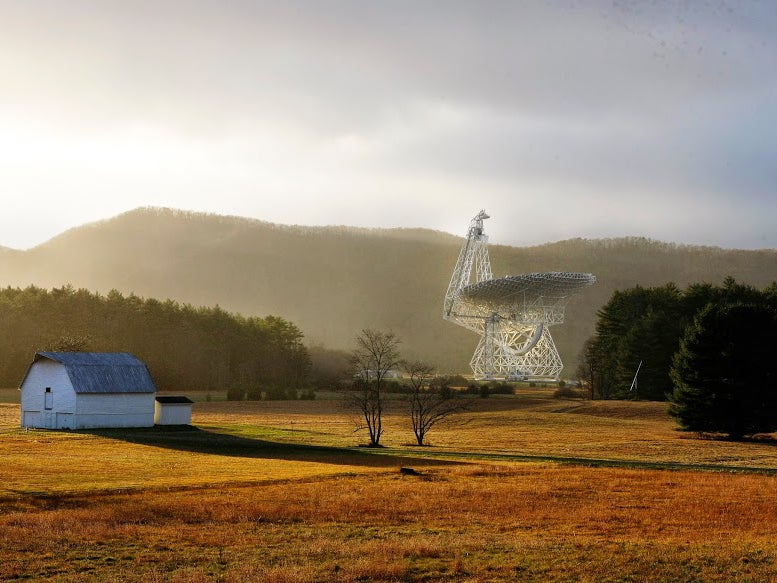 Using technology that’s being developed for the Breakthrough Listen project—a $100 million investment in the search for extraterrestrial life, which Siemion is involved in—the researchers will take the radio waves coming from KIC 8462852 and break them into many wavelengths, similar to a prism that separates white light into its rainbow components.

In nature, electrons move randomly, producing a mess of radio waves, says Siemion. But technology—or at least Earth technology—tends to release a lot of energy at a narrow band of frequencies, and for small windows of time.

After the “prism” (which is really just a computer) separates the radio waves from KIC 8462852 into different frequencies, “we’ll look at each channel relative to the others,” says Siemion, “and see if there’s a lot of energy at just one frequency.”

“If we heard narrow-band modulated radio emissions coming from that star, I can’t imagine any other explanation,” says Wright, an astronomer at Penn State. No known natural phenomenon creates a radio signature like that. But the universe is big enough to contain plenty of unknowns.

Jon Jenkins from the Kepler team says he’s never seen anything like what’s happening at KIC 8462852, but “it’s not unusual for new phenomena to be greeted with an explanation calling for extraterrestrials that later prove to be due to more mundane but novel natural phenomena.”

Siemion himself points out that when the first pulsar was discovered in 1961, it was given the designation LGM-1, for “little green men.” Like lighthouses of the universe, these rotating stars emit radio waves and other electromagnetic radiation at regular intervals.

In a speech, the pulsar’s co-discoverer Jocelyn Bell Burnell once said: “We did not really believe that we had picked up signals from another civilization, but obviously the idea had crossed our minds and we had no proof that it was an entirely natural radio emission.” Now we know at least 1,800 pulsars exist, and the alien hypothesis has been ruled out.

Analyzing the star’s light using differential spectroscopy could also tell us something about what the mysterious star shade is made of, says Wright. “We measure the light of the star when it’s bright, then again when it’s dim, and the difference in brightness in different colors tells us what the intervening material is made of—dust, gas, comet stuff, whatever. That will help a lot.”

And Boyajian adds that long-term observation across all kinds of wavelengths is imperative to unraveling the mystery. We may be waiting a while to learn what’s going on out there.

We know that comets exist. We don’t know whether intelligent life exists. As Hillenbrand points out, in science, the simplest explanation is usually the most likely one.

But even if it’s not aliens, whatever gigantic weird thing is orbiting this star is probably going to be fascinating.

Update, 10/16/2015 at 4:10pm EDT: This article was updated to include feedback from Jon Jenkins of NASA, as well as info about differential spectroscopy.