Not that we needed any help with that 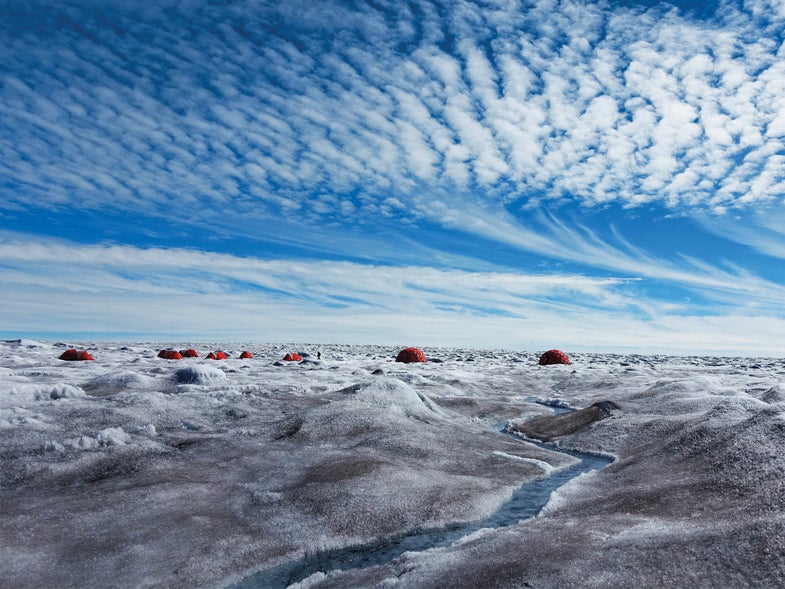 Greenland’s hefty ice sheet, three times larger than Texas, is melting faster than ever and contributing to rising sea levels. In addition to the warming climate, there might be a secondary culprit: algae.

A four-year project called Black and Bloom launched this year to determine how algae, bacteria, and other particles change the albedo, or reflectivity, of the ice. Since algal blooms are darker than ice (as seen above), an algae-laced surface absorbs more sunlight, warms quicker, and melts more. Cyclically, as more ice melts into liquid, it creates a better environment for blooms. “We have an inkling that these algae are spending their entire life cycles in the ice,” says project researcher Christopher ­Williamson. By better understanding how ­microbes affect melt rate, scientists can more accurately predict how Greenland’s ice will change in a warming world.