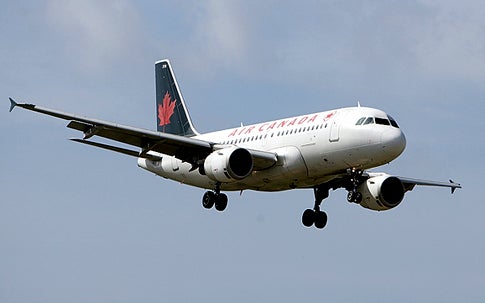 Nearly five years after September 11, the airline industry is finally adopting new in-flight technologies to keep planes safe from terrorists. With $110 million in grant money from the U.S. Department of Homeland Security, the Federal Aviation Administration is currently in the process of certifying two antimissile systems designed for commercial airliners. The technology uses infrared sensors to detect and track incoming missiles, then fires a laser beam to jam a heat-seeking missile´s infrared guidance system.

Tests on passenger-carrying flights could begin by the end of the year, says Homeland Security spokesman Brian Doyle. Meanwhile, defense contractors are developing advanced surveillance systems that monitor both inside and outside the airplane, with the capability to beam images by satellite to ground control, and autopilot software that can wrest control of a hijacked airplane.

Here´s our rundown of anti-terror technologies set to fly within the next couple years.

What It Does: Cameras provide views of the cabin and cockpit-door area to pilots. Satellites could beam images to ground control.

Time Frame: Basic systems are already installed on JetBlue and United. Next-gen versions include crash-proof cams inside and outside the plane.

Time Frame: Both systems are now undergoing FAA certification; they could be installed on commercial flights this year.

Problems: Airlines may balk at the estimated system cost of $1 million per plane.

What It Does: Using GPS, the system first warns pilots of oncoming obstacles, then assumes control if the pilot fails to take action.

Time Frame: Honeywell is now in negotiations with Boeing and Airbus to install the system on commercial planes.

Problems: Pilots are skeptical of a system that they can´t override.