Now You Can Buy And Fly A Tiny Millennium Falcon Drone 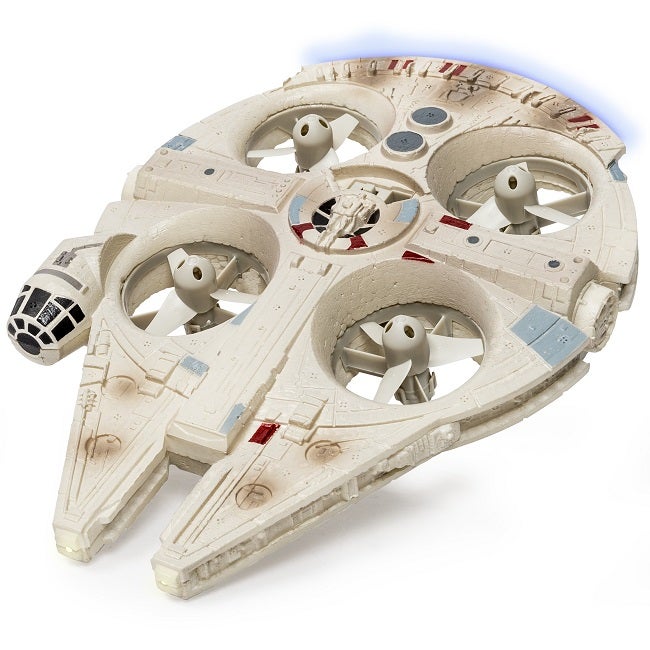 There is likely no more iconic spaceship this side of the USS Enterprise than the Millennium Falcon. Han Solo’s smuggling vessel, capably co-piloted by Chewbacca and later flown by Lando Calrissian, is as beautiful as a deliberately ugly machine gets. In preparation for its return in Star Wars: The Force Awakens, the toy-maker Air Hogs just started selling a new, tiny, flying version of the old freighter.

Like previous hobbyist-built Millennium Falcon drones, the Air Hogs’ Falcon is a quadcopter in a costume, with four rotors hidden in its body. Air Hogs is also making a flying Falcon with two larger rotors stacked on top of each other, as well as a whole fleet of Star Wars-themed flying toys.

That’s pretty cool, but it’s nothing hobbyist Olivier C didn’t already do first, and by hand.