This Drone Sprays Pesticides Around Crops

Developed in Japan, it's a crop squirter, as opposed to crop duster 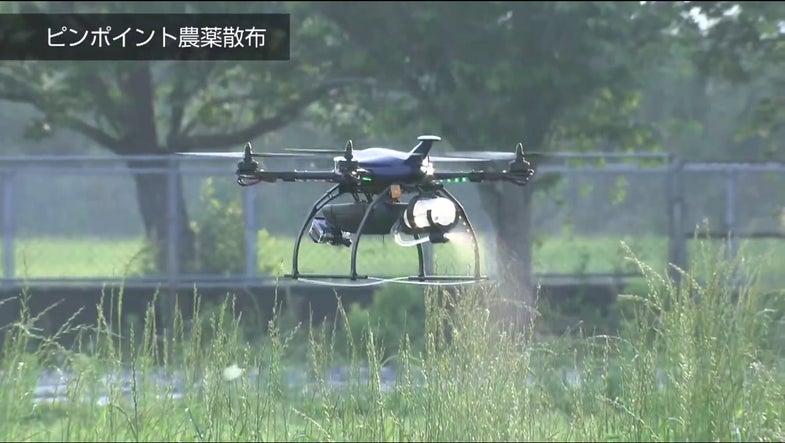 Drones are a tool of precision. Flying overhead, their cameras scan for targets. The agri-drone is a small-scale adaptation of the same premise. Developed by researchers at Japan’s Saga University, the agri-drone scans crops for clusters of bugs, and then delivers a precision dose of pesticide to the plant-eating critters below.

The drone takes off.

And then scans the crops for insects. Once found, it flies low and sprays pesticide.

The drone also carries a bug zapper, which, at night, helps entice the bugs to approach it.

Crop dusters on airplanes spray indiscriminately, covering the entire area with a mist of insecticide. If the agri-drone is successful, it could replace this indiscriminate approach with more of a targeted campaign, only finding crop-threatening clusters.