Propaganda by other means 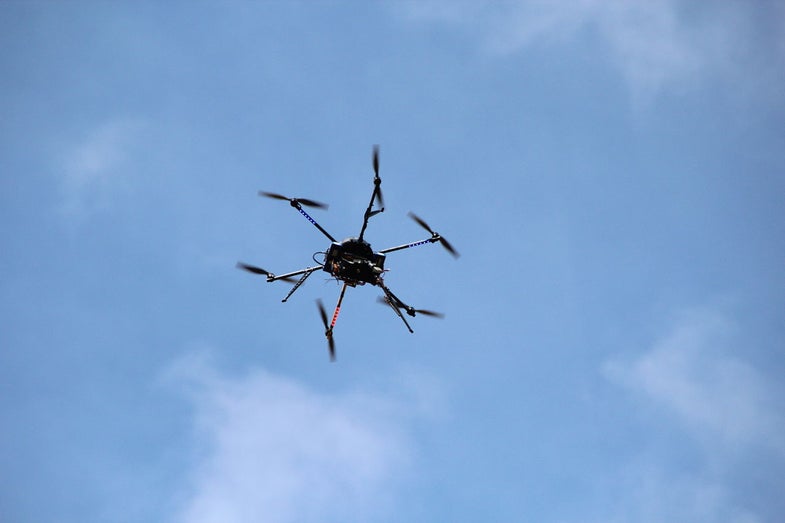 Activists say their drones delivered thousands of memory cards to North Korea. The totalitarian communist Democratic People’s Republic Of Korea, long isolated from the rest of the world, tightly controls what media people inside the country can access. For decades, human rights activists and others have tried to get messages into the country, which is difficult because of the the heavily fortified demilitarized zone between North and South Korea.

The activists, together with the Human Rights Foundation, used hexacopter drones, and claim to have done so since early 2015. On the flash drives are “Western and South Korean films, TV shows, music and internet-free access to Wikipedia,” according to CNN. Drones are just the latest incarnation. Balloons have carried leaflets and other media into North Korea for decades.